Even though July is most synonymous with festivals here in the music online community, we’ve decided why wait til’ December to round up the best albums of 2013?  Even with 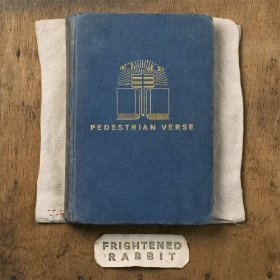 On their first three releases Frightened Rabbit have more closely resembled an outfit fronted by a budding songwriting/front-man with backup players than a full band; that is not the case with Pedestrian Verse as it has all come together for the group with this release.

And where's that? It was at the Showbox in downtown Seattle, WA, watching Frightened Rabbit carry the torch quite successfully where the other Scottish bands before them have handed it off. They aren't a band trying to reinvent music, but in not claiming to, they release themselves from that pressure. Instead, with their new album, Pedestrian Verse in tow, they rifled through many of the new tunes and much of their older material, each anthemic chorus leading perfectly into the next as the crowd gained momentum.

Josh Ritter hits the road hard to start 2013 plus more tour announcements from the past week.

Tour Dates: Thao & The Get Down Stay Down Take To The Road

Thao & The Get Down Stay Down announce a North American tour and more tour date announcements.

Odds are Death Cab For Cutie would probably like to downplay the significance of the role The O.C. played in the explosion of their popularity leading them to sign with