Cover Wars: Any Major Dude Will Tell You

Any Major Dude Will Tell You is the third track on the 1974 Steely Dan album Pretzel Logic. Here’s a funny excerpt from Blinded by the Lyrics…

“Okay, friends, break out your Steely Dan decoder rings. Starting with the release of their debut album Can’t Buy A Thrill back in 1972, no group has trafficked in more oblique, head-scratching, and just plain weird lyrics than Steely Dan. Case in point: Have you ever seen a squonk’s tears?, an enigmatic line from “Any Major Dude Will Tell You” off the Pretzel Logic LP.’

What on earth is a squonk? As they used to say on the old Laugh-In television show, “Look that up in your Funk & Wagnalls!” Actually, don’t both bother, because the word squonk is not found in any dictionary.

It turns out that squonk is a piece of jabberwocky, a completely made-up word referring to a mysterious animal, that due to its abject homeliness, spends most of its time crying. Credit for coining squonk goes to William T. Cox, who introduced the word in his oddly named book Fearsom Critters of the Lumberwoods, with a Few Desert and Mountain Beasts. To quote from Mr. Cox’s volume: “The squonk is of a very retiring disposition, generally traveling about at twilight and dusk. Because of its misfitting skin, which is covered with warts and moles, it is always unhappy; in fact, it is said, by people who are best able to judge, to be the most morbid of beasts.”

Two years after Steely Dan introduced listeners to the mythical squonk in “Any Major Dude Will Tell You”, Genesis included the song “Squonk” on their A Trick of the Tail album, wherein Phil Collins sang: Stop your tears from falling / The trail they leave is very clear for all to see at night.

God Street Wine: The earliest recording on the Live Music Archive of God Street Wine performing this cover dates back to 1990. So when GSW played it last Friday, it was a good 20 years since that night at The Wetlands. Resident GSW expert ScottyB pointed me in the direction of the performance below from 1994. Man, the way they perform the intro makes it sound more like The Grateful Dead than Steely Dan. Source: 9-16-1994 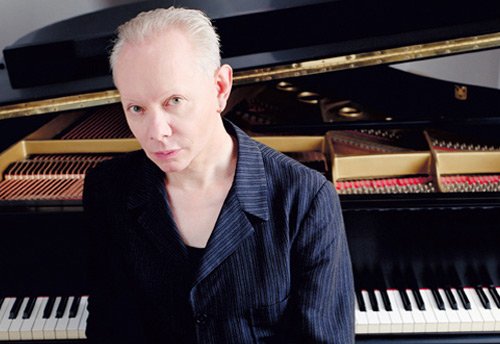 Sharing the same name with a certain “shoeless” baseball player, Joe Jackson has probably suffered a time or two from an identity crisis. For this Mr. Joe Jackson, the English singer-songwriter, composer, and pianist, he’s probably fine that his otherwise common name provides him a sense of creative freedom. 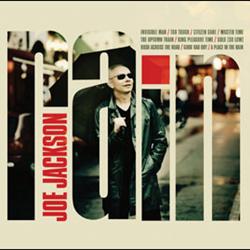 Joe Jackson is one of those few artists that despite getting on in years, he can still make biting music. Rain, recorded with three-fourths of the original Joe Jackson Band [ Jackson (vocals/keyboards), Graham Maby (bass/vocals) and Dave Houghton (drums/vocals)] in his new adopted city of Berlin is stripped to the bare essentials but sounds as youthful as any album in his 30 year career.