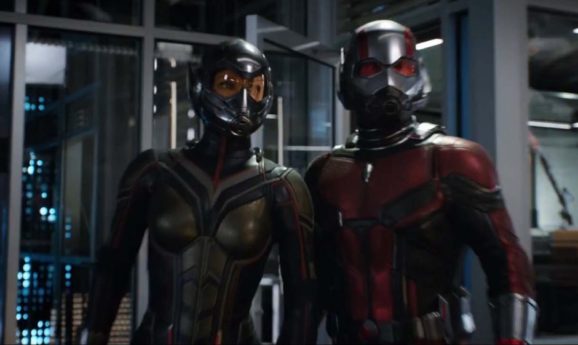 The stakes are scaled back but the fun is ramped up in the latest MCU effort.

Paul Rudd stars in the video for Matisyahu’s Happy Hanukkah.

I’m going to just say it, the New Pornographers have made the most clever and quite possibly the best music video you’re going to see all year. The Canadian indie-pop collective,

The typical Saturday Night Live musical guest usually performs two songs on the long-running NBC program. Former Wings lead singer Paul McCartney proved once again (he played three songs in 1993) that he is far from the typical musical guest as he was given the opportunity to play a record five songs for the cameras and treated audience members to an additional two songs. Here’s a rundown of Macca’s performances…

Band on the Run

When Conan O’Brien announced his Legally Prohibited From Being Funny on Television Tour most of us news-gathering types circled the two shows at Radio City Music Hall in New York City as the potential stand-outs.

Not only did the gawky, red-haired comedian call the Big Apple home for 15 years but O’Brien would be performing in the same group of buildings where his former NBC bosses work. The first of two shows at Radio City lived up to the hype as Conan tailored the set for the NYC audience and welcomed more than a few of his famous friends.

Musician/comedian/whack-job Reggie Watts kept the audience guessing throughout his 30-minute opening set by mixing straight jokes with physical comedy and hilarious musical interludes. Watts’ experimental act – which features a large dose of beat-boxing and looping skills that would make Keller Williams proud – went over extremely well and made most appreciate getting into the legendary venue on time. Shortly after 9PM, the Legally Prohibited From Being Funny of Television Tour Band took the stage and immediately brought the energy up by dropping into a killer version of Curtis Mayfield’s Move On Up that featured Richie “La Bamba” Rosenberg on surprisingly good vocals.

After his band got the crowd all hot and bothered, Conan strolled out to a hero’s welcome. O’Brien’s monologue started with a joke about Phish as he referenced all the glowsticks in the room – cocktails at Radio City come with a glowstick – by saying “this is not a Phish concert.” Nearly 20 minutes long, Conan’s opening killed and included tons of jokes about the chain of events that led the late night tv host to his first tour. Coco strapped on the guitar at various points throughout the evening and after a few songs with the Legally Prohibited From Being Funny on Television Band he invited Vampire Weekend out for the first surprise of the evening.