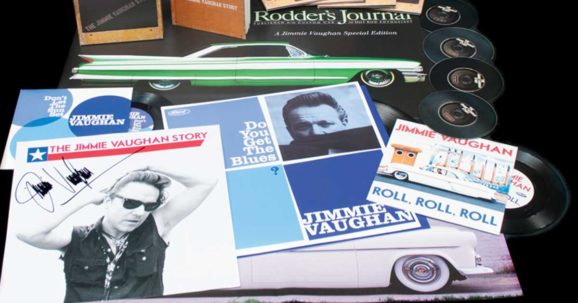 , Cumbersome as is the unboxing of the deluxe limited edition of The Jimmie Vaughan Story, at its core it is as efficient as its condensed companion piece. This career

This year’s batch of live concert DVD releases was more about quality than quantity. While there weren’t dozens of releases from the bands we love like last year, the DVDs that did come out make up for the lack of numbers. For this week’s B List, I continue a long-standing tradition of detailing my favorite concert DVDs of the year. I’ve included a taste of these releases, except the Avett’s DVD, so you can get a feel for these outstanding videos.

If 2009 was indeed the last year for the E Street Band, what a year it was. One of the highlights of ’09 for The Boss and his long-time backing band was a headlining set at London’s Hard Rock Calling in Hyde Park. London Calling contains 26 tracks from throughout Springsteen’s career as well as a few cool bonuses such as a memorizing version of The River from Glastonbury. As you’ve probably inferred from the title,  the DVD contains a scorching cover of London Calling by The Clash that starts this release out right.

Tour Dates: Who Are You?

If your name is Roger Daltrey or Pete Townshend, it’s looking like 2010 is going to be a heck of year for you. As we previously reported, The Who will