Cumbersome as is the unboxing of the deluxe limited edition of The Jimmie Vaughan Story, at its core it is as efficient as its condensed companion piece. This career retrospective constitutes a vivid depiction of a man devoted to music in a deep, abiding, and selfless way few musicians are. This icon of the Austin-based music scene, in fact, evinces the eternal appeal of blues music itself, so it’s only natural that the ninety-six tracks, archived from nearly a dozen sources, sound alternately vintage and wholly contemporary, without ever coming across as dated. As such, whether with the ancillary enclosures (multiple forms of vinyl and printed matter) or without them, The Jimmie Vaughan Story is, more than anything else, the definition of collectibility as a historical document.

CD 1: Purposefully formulated as it is, the timeline of  Jimmie Vaughan’s career rightfully begins by devoting all of the first disc (and most of the second) to a very broad cross-section of work by the Fabulous Thunderbirds. In terms of authenticity, this unit of blues devotees had little competition early in their career, but if these generally short (most less than three minute) cuts of theirs prove anything, it’s that they were deserving of accolades aplenty, not only for their devotion to the genre, but also to the no-frills approach they adopted early on and maintained throughout their existence. Not only that, but, unlike so many like-minded but overtly self-conscious groups that emerged to flourish in their wake, the T’Birds’ allowed no affectation to adversely affect the likes of “Please Don’t Lie to Me” or “The Crawl.”

CD 2: Over and above graphics of a vinyl record imprinted on the compact discs and the design of a Fender amplifier on the various outside covers, a number of other small touches distinguish The Jimmie Vaughan Story. The most pragmatic of these may be the deserved recognition accorded all the different collaborators involved in the curating: theirs is spirited devotion as heartfelt and honest as the litany of musicians appearing here. And high-profile names like Bonnie Raitt and Susan Tedeschi who sound so legitimately passionate when in action with Jimmie, it’s the many seminal artists with whom Vaughan has guested, like Albert Collins on “Cold, Cold Feeling,” plus the somewhat unsung but nonetheless notable likes of veteran keyboardist Mike Flanigan. All told, it’s an aggregate of names altogether fitting means to celebrate this artist’s seventieth birthday.

CD 3: Perusing the near two-hundred-page book enclosed in The Jimmy Vaughan Story is akin to poring over a personal scrapbook that comes with its own soundtrack. As vivid are the photographs from the various eras of the Texan’s life—few of which picture him without a guitar even dating back to his childhood–the prose is just about as memorable in its own way. For instance, the matter-of-fact tone in Jimmie’s account of recording Family Style with sibling Stevie carries over into his recollection of his brother’s death and the aftermath thereof. So understated is his delivery of that sequence of events, it becomes as deeply poignant as then hearing two selections from that collaboration, “Texan” and “D/FW” Perhaps even more so is the surviving brother’s summary in song of the experience, “Six Strings Down.”

CD 4: By the time this collation of collaborations begins to unfurl within The Jimmie Vaughan Story,  the man’s utter humility as a musician becomes readily apparent. Playing alongside Lone Star State chanteuse Lou Ann Barton (“Shake A Hand”), Canadian blueswoman Sue Foley (“The Lucky Ones”) or ZZ Top’s Billy Gibbons (“Wine, Wine, Wine”), Vaughan’s solos are invariably in service of the song(s) and in support of his fellow musicians. And, in reinventing the all-too-often overly flashy image of the guitar hero, Jimmie takes great pleasure in relishing shared, ego-free moments with musicians as dedicated to blues and r&b as he is: Charlie Musselwhite (“Bad Boy”) and Delbert McClinton (“I Don’t Live Here Anymore”) sound no less overjoyed to interact with Vaughan than Little Milton (“That’s What Love Will Make You Do”) or John Lee Hooker (“Boom Boom”).

CD 5:  Notwithstanding how “When Did You Leave” proves Jimmie Vaughan is no slouch as a singer, the effortless nature of his guitar playing throughout the roughly six hours of this collection underscores how hard (and how long) he’s worked to hone his skills. Not surprisingly, The Jimmie Vaughan Story runs the gamut of blues styles and along the way incorporates jazz-like “All Night Long” plus near pure rock and roll in the form of the Dave Edmunds-produced “Tuff Enuff.” Consequently, it’s only fitting to hear the audio quality—most of it mastered by Daniel Stapleton–improve markedly even as the musicianship remains consistently excellent. The progression of solo cuts, selections with his early band Storm, and even one with the University of Texas Longhorn Band all serve to illustrate how this man takes  his music seriously, but never himself. 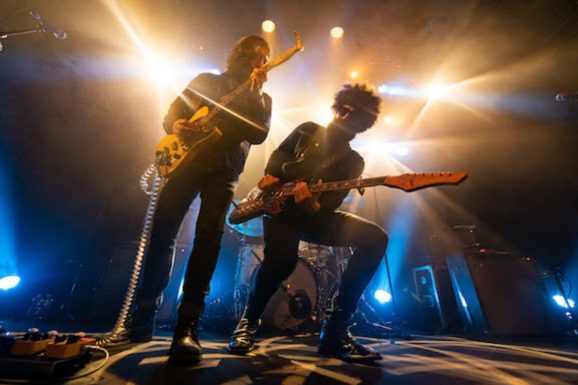 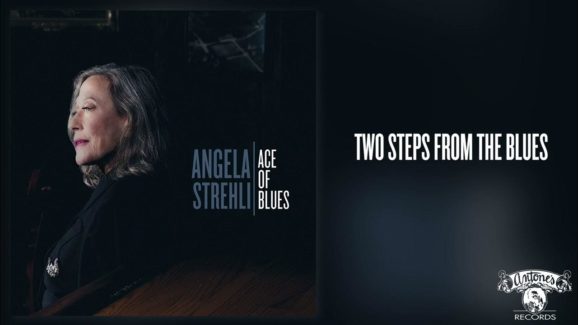