A recap and photos from Saturday at the 2012 edition of All Good.

David Schultz checks in on all the bands he saw on Friday at SXSW. 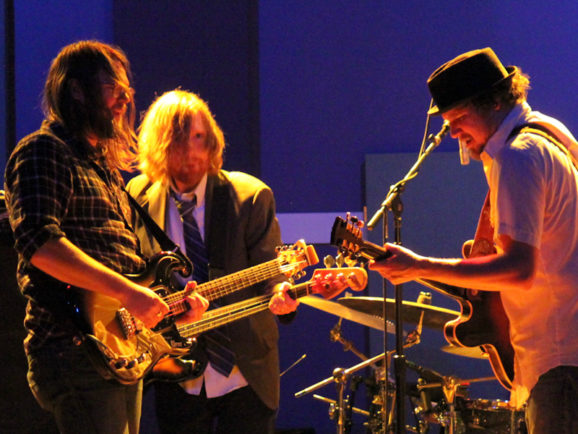 We keep our eyes peeled for new tour dates announcements each week and compile them on Tuesdays.

Over the past couple of years, Tea Leaf Green pressed on through some major obstacles from losing a founding member in bassist Ben Chambers to Scott Rager seriously injuring his ankle three days before a CD release show, but with the release of Radio Tragedy!, they are not only confident the band is at its all-time best, but they’re pissed off, fed up with the industry and ready to kick ass on their own terms.

Radio Tragedy! lays it all right out there: the music industry, the crap on the radio and the celebrity culture in the music business, it’s all bullshit. They are tired of being pigeonholed as generic jamband fodder and having doors closed because of the preconceived notions that come with being part of this scene. In speaking with Josh Clark about the album, he really opens up about the frustrations the band faces in dealing with, as he calls it, the “death label” that is the jamband. Perhaps most ironic though is that the album is radio friendly, song-oriented and without question the band’s best studio effort yet, by far.

Hidden Track: I didn’t see too much written about the new album yet. Would you mind just starting with the basic background on the process in terms of where you recorded, who produced it, and over what time-frame?

Josh Clark: It started with the making of our last record, Looking West, which was over a year ago. We recorded it in Oakland where a couple of our friends run Coyote Hearing Studios. It’s actually Cochrane’s studio, our latest addition to the band on drums. He’s part owner. Also, Jeremy Black the drummer for Apollo Sunshine, who ended up producing Radio Tragedy! is part owner.

We never really have a plan when we go into the studio. We have songs, lots of them! In fact, we laid down more songs than we can fit on one record. We basically made a double album. So a lot of the songs off Radio Tragedy! were first conjured in those Looking West sessions. Those are the newer songs, the stuff people hadn’t really heard yet. We ended up selecting the stuff that had been part of the repertoire for years for Looking West and saving the new stuff, because we wanted to focus and really push the Radio Tragedy! record. So, a few songs on this record are from those sessions, some songs we came up with later in the process that are way brand new, and some we kind of rerecorded.

We actually worked on this record longer than we’ve ever worked on any record before, because we really wanted to make it something special. It wasn’t a case of “we need to get this out by this date” or a case of money being involved, it was really our record. So, we took our time with it to make the record we wanted to make. In the past, there has always been something that has kind of inhibited that, whether it’s trying to get something out because you’re you’re “hot right now” or whatever, but we really had the opportunity to make a great piece of art. Every single person had to be satisfied with this. The other records were some sort of compromise, you know, “Okay, whatever, we have to get this out.” So, there are elements on the other ones that are hard to listen to. This one, I love this record. I’m super proud of it. We’re all really proud of it.

“When we came up in the jamband scene, it was some of the most amazing, dynamic musicians I’d ever heard. It’s too bad it’s become this suffocating blanket term, because if you think back to ’97 or ’98, there was no Bonnaroo or cool hybrid festival, it was all jambands and it was thriving. Everything grew out of that, yet for some reason now, if you’re a jamband, you’re the kid picking your boogers and eating them on the playground.” – Josh Clark 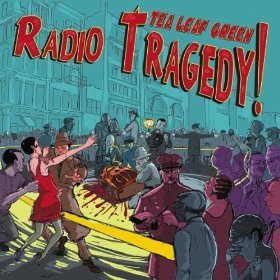 Countless bands, upon releasing a new album, say that they’ve finally made the album they knew they were capable of making.  The guys in Tea Leaf Green have invoked this phrase in regards to their latest, Radio Tragedy, and they may actually be right.

Yesterday, we published the first part of a two-part B List penned by HT photo editor Jeremy Gordon in which he shared five of his favorite photos and the stories behind them. Today, Jeremy returns to tell the tales of his other five favorite shots. Take it away, JG…

It was my first time photographing the Disco Biscuits and, man, was I excited. This was going to be the biggest band I had shot up to that time, and only the second time I had shot at the Nokia Theatre in Times Square. I got there early and talked to a few people, including some other photographers. Then I grabbed a few shots of Simon Posford as he spun discs for the crowd. Finally it was time for the Biscuits to take the stage leading to three songs and about 15 minutes of me running around looking for angles, trying to grab focus, and guessing shutter speeds against the pulsating lights, all while the crowd was screaming behind me.

Later in the show, I was invited side stage to get some more shots before adjourning backstage for a slice of Famous Ray’s and a beer. Then it was on to the aftershow to catch Bassnectar at B.B. King. So where does this photo fit into that long and rambling story? It ended up being just one of three shots taken after a friend and I left the concert and headed to Times Square in search of an ATM.  There, at 3:00 in the morning, workers were repairing the Coca-Cola sign. For one reason or another I wasn’t happy with the shot, and it sat untouched for eight months until I finally got bored and worked on this forgotten shot.  I’m glad I did.