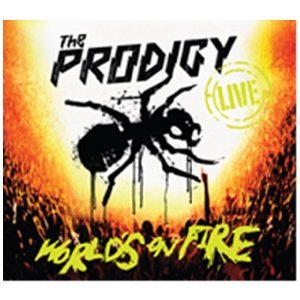 The Prodigy: World’s On Fire

The Prodigy have always had the sound of a band that should be captured live; they radiate an angry energy, wielding music seeping a hint of dangerous power. Their new live double DVD, World’s on Fire, filmed mostly at the Warrior's Dance festival, would seem to prove that those who haven’t seen The Prodigy live are missing the fulfillment of that livid promise.