tv on the radio

TV on the Radio Play Explosive ‘Mercy’ on Letterman

Check out a rough but captivating take on the band’s latest single.

Check out another new track (and a weird new video) from TV on the Radio.

We continue detailing our staff’s favorite albums with a look at #’s 10 – 6.

A new batch of artists have been added to the Hot Rocks lineup.

In Memoriam: Gerard Smith, TV on the Radio

Gerard Smith, bassist for Brooklyn’s TV on the Radio, has passed away at the way too young age of 34 after a battle with lung cancer. Smith had been sitting out 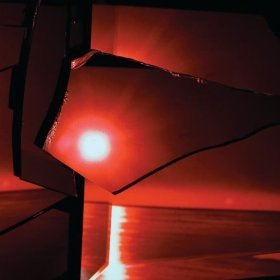 TV on the Radio: Nine Types of Light

Two and a half years removed from Dear Science, TVOTR has returned from their “indefinite hiatus” with a record that is thematic of love and the mind/body universal connection.

Pullin’ ‘Tubes: TV On The Radio Will Do

While TV On The Radio’s name recognition and popularity amongst folks in the the jam scene has exploded exponentially in the last year and a half, the Brooklyn-based act has

If the average music festival is a 26.2 mile marathon, then SXSW is a 140-mile Iron Man challenge. Waking up on day four, our skin was burnt, our ankles were swollen, and our ears were bleeding. But just when it seemed like all hope was lost and we’d spend the day sleeping – one brave, grown-ass man poured a red bull into his coffee, gave a stern look across the kitchen table and said the following words:

And just like that we were off for the final day of SXSW.

Our first stop was the MOG party for TV on the Radio and Big Boi. TV’s set at Mohawk was basically the same thing we saw of their set the day before at Stubbs. But to see them in a venue like the open-air, multi-level, very limited capacity Mohawk added a great deal of excitement. The energy was fluid throughout the venue, and the band’s huge sound was even more encapsulated than usual.

[Big Boi at The Mohawk]

There was about an hour break between TV on the Radio and Big Boi, and Yuck played the indoor stage at Mohawk. Despite their hype, we decided to hold our place to see Daddy Fat Sax in action. When he came on, he and MC Black Owned C-Bone led the excited crowd in a splattering of old school Outkast tracks and newer stuff from his own solo recordings. As the late afternoon sun started to fade, the onstage dance party kept energy and spirits high.

Nobody said it was going to be easy. The sun alone sucks energy out of you, not to mention the combination of constant walking and our search for seven different kinds of rail tequila (side note: we’ve only found three).

At this point we’re on auto pilot. We’re drones, zombies. The main things that keep us going are Red Bull and disco bass lines. But we love it. There is great music on every corner and everything we discover is something we wouldn’t have seen otherwise. It’s a freak show, a constant party, and we have no idea if the end is in sight. We could do this forever.