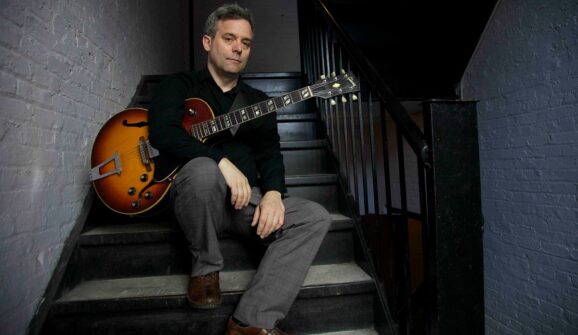 Moving on from the easygoing simplicity of the 2021 trio outing Ancient Grains (with keyboardist Sam Yahel & drummer Dennis Edwards), Will Bernard has now bravely undertaken an expedition into

It’s a mostly Rock and Roll edition of Last Week’s Sauce today. Luckily we have the funky Stanton Moore Trio to break things up for us and we lead off with an absolutely amazing cover recently added to Built To Spill’s repertoire. Umphrey’s McGee and Wilco both do what they do best to round us out and that is what you get for your hour’s worth of music.

Of course, you can download all of this week’s audio in one easy to listen to MP3 that we call the Last Week’s Sauce Podcast, click here to download.

[Thanks to Kush for this week’s photo]

“The New Grateful Dead” has been tossed about in the past describing Built To Spill, it’s a comparison that a lot of Deadheads completely don’t understand – but I think it has some merit once you get past the obvious differences in overall sound. Well this tour, which is massive by the way with very few days off, they have been playing Ripple. The cover starts off slow and somewhat true to the original, but by the end it is a full-on rocker. I hope you don’t mind, but since Built To Spill tends to take a lot of time between songs, I have removed a big chunk of dead space between these two tunes. BTS [tour dates] plays the first of two shows at The Paradise in Boston tonight. I’ll see ‘ya there tomorrow.

Video of Ripple from the same show as the audio embedded above:

READ ON for tracks from The Stanton Moore Trio, UM and Wilco…

An all-star band the likes of which accompanied Will Bernard March 26th doesn't always work in the studio or on the stage. But the extended performance in the Highline Ballroom gave further credence to the chemistry of the diverse foursome

HT Interview: Ain’t No Bugs on Will Bernard

If there are bugs crawling on Will Bernard, the world’s probably ended. The guitarist seems to keep as busy as and often busier than any of his peers, and in classic scene fashion, is at his best when he’s juggling as many projects, collaborations, sit-ins and fresh ideas as humanly possible.

He’s also bi-coastal – Bernard moved to Brooklyn in October 2007 but still spends a lot of time among the West Coast jazz, soul, R&B, funk and other scenes that bred him. An eclectic stylist, he started getting noticed in the Bay Area and then on a national level as a member of Peter Apfelbaum’s Hieroglyphics Ensemble, and then, in the mid 1990s, busted out with Charlie Hunter and John Schott in T.J. Kirk.

The first Will Bernard record was Medicine Hat

(1998), and the following decade would see him in a number of different configurations, both with his own bands – the Will Bernard Band, Motherbug, the Will Bernard Trio – and with the likes of Galactic’s Stanton Moore, Dr. Lonnie Smith, Meters anchor Zigaboo Modeliste, Robert Walter’s 20th Congress and the jazzy reggae collective Groundation.

(2008) he assembled a bona fide supergroup: himself, Moore on drums, John Medeski on keyboards and Andy Hess, who recently left Gov’t Mule, on bass. Jazz-funk rules the day, but there are psychedelic workouts (Blister), soul-jazz (Fast Fun), frothy blues (Frontwinder) and even a zany ska version of James Booker’s Gonzo (long an MMW concert favorite, though not like this).

READ ON for Chad’s interview with guitarist Will Bernard…

Tour Dates: The Hazards Of Love

For those of you who thought we left rock operas behind in the ’70s, literary-folk-prog act The Decemberists will revive the bloated tradition with their latest release The Hazards of