After 11 agonizing months, AMC’s game-changing TV drama is back for its final eight episodes. Yes, that’s right — we have eight-ish hours of Breaking Bad left, and there are so many lingering questions. Will Walter White, America’s favorite mad-man meth genius, make it out of his web of deceit unscathed? What’s the deal with the machine gun in the trunk? Will his DEA agent bro-in-law Hank lay the smack down? Will Walt Jr. ever get to finish a freakin’ plate of bacon and eggs?

But we’re getting ahead of ourselves. First off, let’s talk “Blood Money,” the first installment of Season Five’s final half run. As show-runner Vince Gilligan has sworn in various interviews, there’s no time for navel-gazing and water-treading. There will be blood, and plenty of it. Remarkably, though, “Blood Money” was an incredibly nuanced, leisurely paced episode of television, advancing the plot in some major ways, but never once rushing. Though we covered a whole lot of narrative ground in a short time frame, every big dramatic beat landed effortlessly, thanks to Gould’s pitch-perfect script and two brilliantly tense performances from Bryan Cranston (Walt) and Dean Norris (Hank).

We left off in “Gliding Over All” with Hank’s crapper-side revelation: Walt is Heisenberg. I figured Gilligan would drag out this scenario for awhile, allowing Hank to stew on this life-changing tidbit for at least a few episodes. But we don’t have time for that — after learning The Big News, Hank excuses himself from the White family cookout, drives home with Marie, has another terrifying black-out, and crashes into a nearby picket fence. After taking some time off of work to “recover,” he secretly re-opens the Heisenberg case to peg Walt as The Man Who Knocks. The episode’s ultimate showdown — Walt and Hank in the garage — is as tense and spine-tingling as any scene in the show’s masterful run. Watching Hank and Walt carefully eye each other — both knowing the truth but daring not to speak it — is a moment for the TV time capsule.

Then, of course, the garage door slides down. But is it Walt who’s trapped — or Hank?

Meanwhile, in Flash Forward Time, Walt revisits a ghetto-fied version of his former home, a graffitied wasteland with a young hooligans’ skateboard park where the swimming pool used to be. He takes out the ricin cigarette from the electrical outlet and goes on his not-so-merry way.

Jesse’s back to his strung-out, post-dead-Jane pothead ways, hanging out with the always-annoying Badger and Skinny Pete (who relish what must be their juiciest screen time in Breaking Bad history). He’s not handling that cool $5 mill at that well, and after Walt talks him out of donating it to the Sharp family and Mike’s granddaughter (RIP Mike), Jesse throws fat stacks out of his car window onto random people’s lawns. For Jesse, every dollar is a mocking memory of death and cruelty. Throwing those millions out the window, he’s never looked so liberated.

More Things That Happened At Some Point: Walt lies to Jesse (stop me if you’ve heard that one before), telling him that Mike is alive and well, probably, yaknow, sipping a 40 ounce on a private island somewhere. Jesse doesn’t believe him at first, but he eventually relents since Walt basically begs for his trust. (Am I the only one who isn’t buying that, though? Jesse still looked awfully suspicious, and it wouldn’t surprise me if he didn’t do some investigating on the matter.)

Lydia’s back and still annoying — she drops by the car wash and tries to recruit Walt back into the game (Apparently the meth purity has dropped to 68%), but Heisenberg insists he’s hung up his beakers for good. Also, yep, Walt’s cancer is definitely back, as evidenced by his hospital visit and his violent vomiting.

It would, of course, be ironic poetry if Walt’s menace was avenged from within — perhaps cancer is the only force truly powerful enough to defeat the mighty Heisenberg. After all, Walt’s worst enemy has always been Walt.

Overall, what a damn good episode. Breaking Bad is back, but not for long, so let’s all relish every second of these final eight hours.

— Walt to Lydia at the car wash: “Please give this to your car wash professional and have an A1 day”

— That creepy mugshot of Gale in the files, with the crazy hair

— Bob Odenkirk has the highest comedic batting average of any actor ever. Every Saul line in this episode was golden. (“Absolutely! I live to serve!”)

— What’s up with the remote-controlled car in the background outside of Hank’s garage? Did I miss something there, or did that feel too random to not be important for some reason?

— Hank’s terrifying face as he closes the garage door / “You son of a bitch.” “You bombed a nursing home.” / “I don’t know who you are. I don’t even know who I’m talking to.” 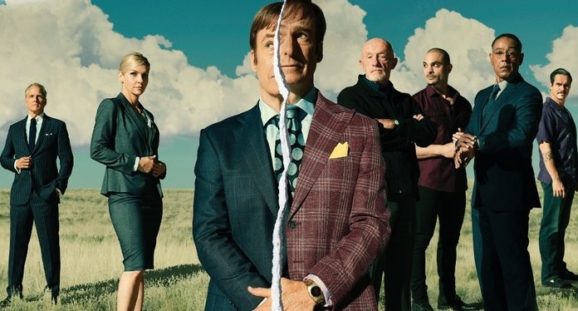 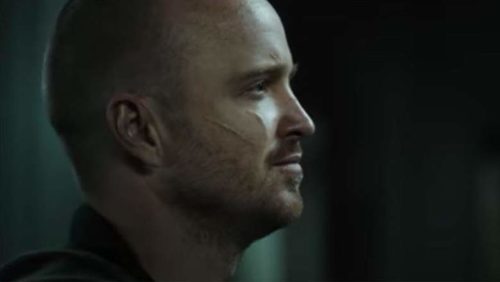