Mastodon, the kings of modern prog-metal, are preparing to hit the studio and record their sixth (and still-untitled) studio album.

In a new interview with Rolling Stone, drummer Brann Dailor gave some long-awaited details about the project, including its producer (Deftones/Rush veteran Nick Raskulinecz) and its overall style.

“It’s gonna be massive and insane, lots of epic greatness,”he says. “There will be lots of huge riffs and new directions. It’s real weird, real math-y, real straightforward. It’s up, down and all around (…) It’s a culmination of everything for the band. The snowball keeps rolling and collecting snow.”

The Georgia-based quartet originally started writing the LP during a tour gap back in November of 2012, and they reconvened for further work in May of this year. Dailor says working with Raskulinecz is a logical fit, noting, “He’s a rock guy. He’s a rocker. He likes to rock.”

Further still, “He’s done a bunch of our friends’ records that sound great. I’m a fan of all the Deftones records he’s done, all the Alice in Chains stuff, and he worked with Queens of the Stone Age on Songs for the Deaf.”

Though Dailor didn’t divulge too much info about the album, he notes that the band are whittling down a batch or “18 or 19” songs. The drummer, a longtime Stevie Wonder fan, also mentions that the LP will channel the soul/funk icon — at least in spirit.

“He’s just in the moment and he loves it so much,” he says. “It’s like, oh, man, I want that. The four of us try to go all the way there. Since we are the only ones that we can please genuinely, that’s what we try to do.”

Meanwhile, the band will release a new live set, the double-LP Live at Brixton, on December 10th. 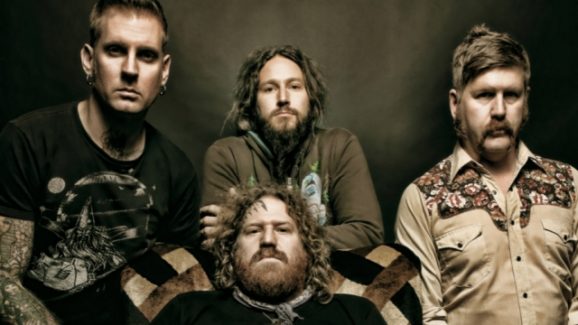