With “I Was There When…,” veteran music journalist Doug Collette reflects on his experiences in the glory days of live rock music. With each column, he takes us back to a specific concert he attended way back when, spotlighting bands like The Who, Pink Floyd, and The Allman Brothers Band, among many others.

The co-billing of Jeff Beck and John McLaughlin’s Mahavishnu Orchestra in the spring of 1975 made perfect sense in more ways than one. Not only were the two guitar heroes of their era label-mates (the former on Epic; the latter on Columbia), but also their prestigious status on their instruments was hardly in question.

Replacing Eric Clapton in The Yardbirds, Beck made a name for himself as an innovator of the highest order, and his original Jeff Beck Group created the template for heavy bands of the late ’60s. Recovering from a serious auto accident, he’d had mixed success with subsequent lineups, but his first foray into instrumental music, Blow by Blow, reignited interest in Beck and the jazz-rock fusion field in general.

An alumnus of Miles Davis and Tony Williams’ Lifetime, McLaughlin had helped create that genre with the first incarnation of Mahavishnu — yet this version of the band was not the lean fiery quintet as first assembled, but instead an expanded ensemble including violinist Jean Luc Ponty (fresh off his stint with Frank Zappa) and keyboardist/vocalist Gayle Moran, who had most recently performed in a similar context with an evolved version of Chick Corea’s Return to Forever. The metamorphosis of these two hallowed groups was remarkably similar in their concept and eventual impact, and the contrast McLaughlin posited couldn’t have been more stark this April evening at the Springfield Civic Center.

Sans stage production of any kind, Beck brought a stripped-down quartet to bear on a fairly standard setlist, including nasty funk like “Constipated Duck,” alternated with ballads such as “’Cause We’ve Ended as Lovers” that were as delicate as rockers such as “Freeway Jam” were volcanic. Anyone who thought this man’s genius lay in the means by which he overdubbed complementary guitar parts on recordings might well have been laughing maniacally watching Beck’s left hand fly up and down the fretboard while his right maneuvered the whammy bar and various other controls of his guitar.

Elongated phrases assumed an inevitable logic, as Wilbur Bascombe on bass and the legendary Bernard Purdie on drums generated ebb and flow of rhythm simultaneously independent of and complementary to the guitar. In the meantime, across the stage from Beck, keyboardist Max Middleton evinced the same stoic demeanor as the band leader, effortlessly drawing out crisp, glowing notes of electric piano and atmospheric clouds of synthesizer (mimicking orchestration Beatles producer George Martin had arranged on “Diamond Dust”) from his own instruments.

This straightforward, all-too-human approach made selections from Apocalypse and Visions of the Emerald Beyond sound even more bombastic than they might have otherwise. There was no missing the lack of dynamics, as the leader’s icy guitar gave way to Ponty’s fevered electrified violin, proving intensity is a relative concept.  Moran’s keyboards, flowery as they were, found an over-busy match when precocious bassist Ralphe Armstrong stepped forward to solo in the hopes of demonstrating he had as much technical skill as anyone else in the group.

It was perhaps no surprise in retrospect, but no less an ironic one, that the most outstanding musician of McLaughlin’s’ ensemble was drummer Narada Michael Walden, who would subsequently become a lynchpin in the recording of Beck’s next studio effort, Wired (and four decades later return to accompany the man when Beck toured briefly with Clapton). Walden seemed to be the only member of the Orchestra actually listening and reacting to the musicians in front of him, as they engaged in an exercise of almost pure Sturm und Drang.

The audience filling the cookie cutter venue, originally designed for hockey and basketball, were no doubt stunned on a number of fronts this night, wondering what they’d seen and heard from Beck and company as they opened the show, but they were hardly given the chance to process it all before being subjected to the heavy-handed Mahavishnu Orchestra: Mach II. 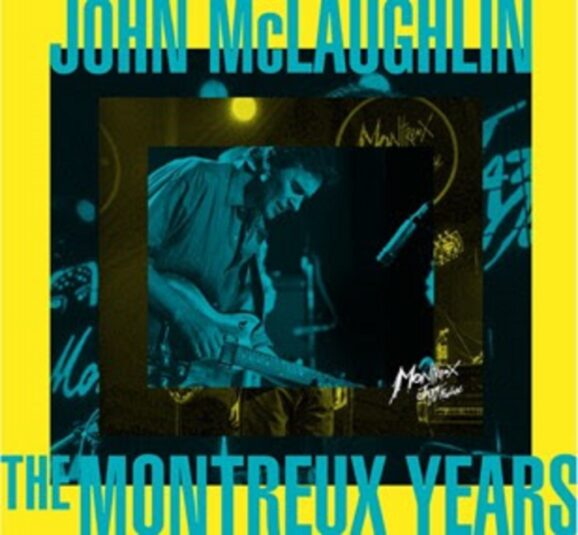