The fourth studio album from Delta Spirit is a lush, epic foray into arena-ready rock, more so than anything they’ve done before. Into the Wide, as it’s so aptly titled, feels grand and big, like it’s ready to move mountains. They’ve always had a knack for creating pop rock head bangers, but on Wide they’re honing in on it with each and every last-night-of-our-lives chorus. There’s urgency here, and it shines through in almost every song like bursting fireworks on the fourth of July.

Though album opener “Push It” drags a bit, they recover quickly with “From Now On” and “Live On”, both bold statements of seizing the day sung like grandiose gestures of unrequited love or life ready to be lived. Both tunes feel like awakenings, powerful and huge, and it’s easy to visualize thousands of fans jumping together, hands in the air, singing along in unison.

There are so many moments like this on Into the Wide that it does occasionally veer into sap territory, but the songs are so beautifully crafted that we can’t hold it against them. I challenge anyone to listen to “Take Shelter” and not feel ready to take over the world and conquer every last crippling fear. That doesn’t mean it isn’t almost Bon Jovi-esque in cheesiness, though. It just means that it’s way too beautiful a song to care.

This collection of songs does feel more pop heavy than anything Delta Spirit has done previously, but the record is cohesive and they never lose themselves in any of it. Lead vocalist Matthew Vasquez has always had a gorgeous voice, but it’s showcased more than ever on Wide. The record almost serves as a reminder that he’s such a great singer and we’re thankful for it. Wide is full of more radio-ready songs than we’re used to hearing from Delta Spirit, but it never feels like a sellout. In fact, it feels like it’s going to make a killer tour with live shows that are energetic and electrifying.

“Language of the Dead” and “For My Enemy” are probably the most classic Delta Spirit tunes on Wide, both building in that magnetic and fiery way they’ve perfected. These guys are masters of anticipation, leaving you waiting breathlessly for those addictive hooks that always deliver magnificently. These are the more rock and roll songs on Wide, and they balance out the colossal pop moments that make up the majority of the album.

There’s a strong 1980s influence that resonates especially on songs like “Patriarch” and “Hold My End Up”. “Patriarch” in particular is poised to be the next version of Peter Gabriel’s “In Your Eyes”, and is practically waiting for its finale scene. Though it isn’t a romantic song, it’s overflowing with passion and gusto, and it’s worthy of a boom box over the head occasion.

By the time we reach the end of Into the Wide, we’re left with two slow burn offerings, “War Machine” and “The Wreck”, and we’re so out of breath that we’re okay with it. However, it’s worth nothing that these dramatic ballads might have been served better elsewhere on the record, because after being blasted nonstop with pure, starry pop radiance, they end up feeling a bit draggy, and they really aren’t. They’re both beautiful, songs that deserve more than a few listens, and “War Machine” especially plays like a piece of pop folk gold.

Ultimately, though, they’re evolving and changing as a band, and that’s what makes a new release from Delta Spirit so exciting. Into the Wide might not be what fans expect, but it delivers something they might not realize they wanted. 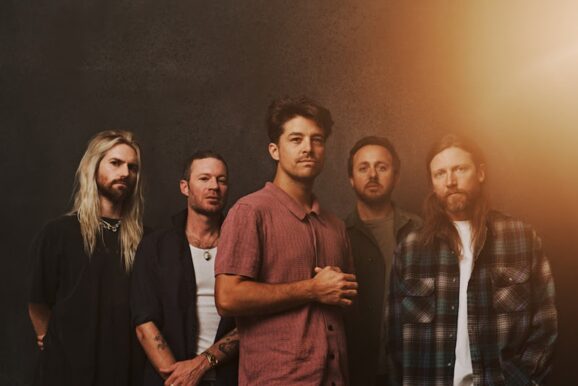 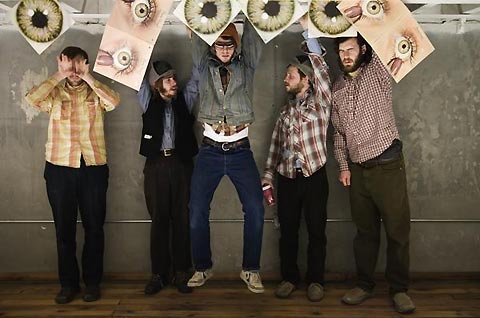