Whenever Louie examines death, it broaches the elusive subject with a peculiar – if not entirely skeptical – eye toward its more popular counterparts: life, rebirth, starting over. None of these happen with much forethought for Louie, but they’re largely brought about by extenuating circumstances he would most likely prefer to avoid altogether or slip by unnoticed. In “Bobby’s Place,” Louie once again battles reluctance to acknowledge his own comedy success  — this time at the behest of his reliably gruff brother Bobby, after mistakenly attending a wake they believed to be for their Uncle Jack.

Jack is actually still very much alive, though Louie and Bobby’s readiness to still endure the wake of this “other Jack” is a brilliant offscreen stroke along the same lines as the real-life Louis C.K., the bonafide auteur. After the wake, Louie’s emotionally confrontational discussion with Bobby doesn’t quite render Bobby a naturally envious sibling; instead, it puts Louie again at the center of his own thoughts. He has been successful, and his refusal to acknowledge or even enjoy this is offensive to Bobby and others like him. “I want you to help me get good things,” Bobby tells Louie, and C.K.’s writing and delivery of this scene is so close to perfect that we don’t even spend a single moment pondering if Bobby is referencing material assistance. Bobby wants to learn from his brother’s success, but Louie can’t even learn from himself.

The second half of “Bobby’s Place” explores the emotional extension of this same concept via a bizarre, seemingly random act of assault at the mercy of an anonymous force of unbridled anger. Most compelling is Louie’s quickly faded efforts at defense — he ultimately falls, folds, and almost embraces the assault with a near-martyr vigilance. We can appreciate the pure comedy of this sequence, and most will. However, I couldn’t help but posit the assault against Louie’s emotionally destructive relationship/non-relationship with Pamela. Louie often buckles to Pamela’s demands, frequently at the expense of not only his own innate desires but his own curated “self.”

The shift to a beautiful scene between Pamela and Louie immediately after the brief exploration of the assault is a pleasant surprise, carefully walking the line between overtly comparative and self-mockingly nihilistic. Louie has made himself a victim here, and though an uncommitted dissection of Pamela’s intentions might inspire us to blame her for Louie’s predicament — such an approach is patently unfair. Without spoiling the beauty of the scene, I’ll leave you with this — Louie experiences another metaphorical death, standing on the precipice of forward motion and continued wallowing. Pity is not a flattering concept for Louie, and we can hope that the knowledge given to him through a suddenly and profoundly intimate experience with Pamela will inform his future with gusto.

Louie struggles very little with – enduring if not enjoying – the nameless death at the beginning of “Bobby’s Place,” but he loses that nonchalance when forced to face and actively participate in the demise of something he’s held very dear, in sporadic batches, over the past few years — something that just as easily might have never existed to anyone but himself. 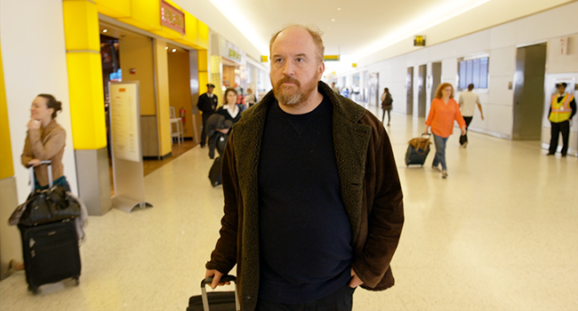 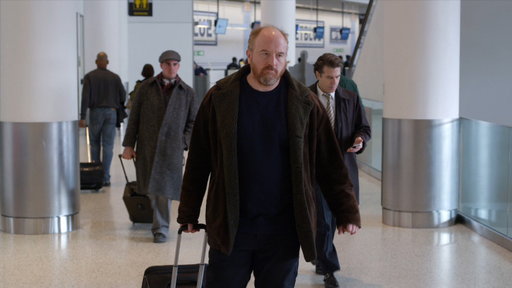 ‘Louie’ and the Perpetual Shedding of Baggage (TV REVIEW) 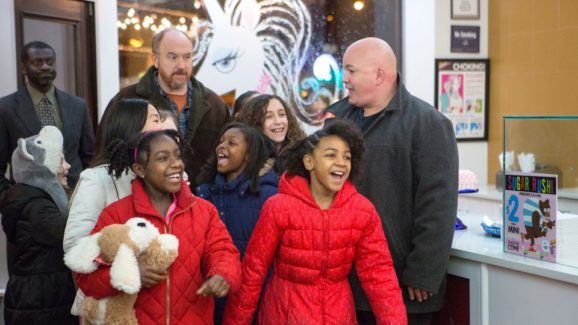