It’s been over a decade since It Still Moves, the arguable pinnacle of My Morning Jacket’s discography, and in the interim (with the benefit of that proverbial hindsight), the experimentation on Z and Evil Urges  might well has been left for titular leader Jim James’ solo effort Regions of Light and Sound (or the spectacular stage presentations the band conducted in 2008 at Radio City Music Hall and Madison Square Garden). In making 2011’s Circuital, the band exerted great effort to streamline their sound and regain its rootsy flavor and while The Waterfall continues in that direction, here MMJ more thoroughly integrates the modern R & B, soul and folk influences within their readily identifiable style.

“Big Decisions” was an appropriate choice for the first track released and not just because its grandeur so favorably echoed the band’s past without overdoing it. Making this album was a serendipitous event for My Morning Jacket, arising from the group’s entrancement with the Panoramic House studio in northern California where it was recorded, and as such, the quintet didn’t have an opportunity to over-think the project and become self- conscious as on the last record. Certainly, “Believe (Nobody Knows) has that rare balance of precision and abandon that comes from residing in the moment: guitar lines ascend parallel to vocals led by Jim James’ familiarly echoed tenor.

And while that track begins with the bubble of electronic sounds, it’s the scythe-like edge of electric guitars that dominate the track. Despite the insinuating falsetto of the leader’s singing on “Compound Fracture,” in combination with the similarly seductive background harmonies, the heartbeat drumming of Patrick Hallahan captures attention here, at least until the liquid keyboard notes struck by Bo Koster enter the arrangement. Within seconds, that recording ends in the same economical fashion as most of the others, to be followed in short order with the gentle acoustic guitar picking of “Like A River.”

Here, wordless singing meshes in perfect proportion with floating synthetic sounds that segue into “In Its Infancy (The Waterfall).”) Multi-instrumentalist Carl Broemel dominates this cut with his understated leads and fills plus the insistent rhythm guitar he plays, so much so he overshadows both Koester and James, but not Hallahan and bassist Tom Blankenship: co-producer Tucker Martine makes sure the mix rightfully highlights the burly rhythm section and in so doing, he grounds the band’s musicianship, maintaining a tactile presence on even the lightest textures.

The Waterfall may feature Jim James’ most direct personal expression, at least as contained on the unplugged balladry of  “Get The Point,” where his well-wishing underscores the finality of its kiss-off sentiment. A curiously familiar melody has its almost but not quite predictable changes effectively diluted through sharp pedal steel a skillful set-up to the subsequent track, “Spring (Among the Living),” which also functions as a major transition for the album. Artificial strings cover stuttering beats while the drama grows in the lead vocals, the momentum of which becomes accelerated through drop outs in the arrangement which further create a positive tension and release dynamic.

Within ten tracks total and a running time of less than an hour, “Thin Line” is really the only other cut besides the aforementioned single that directly recalls the previous work of My Morning Jacket. It’s hard not to long for a more extended improvisational section on this cut, but the contrast between the passages of dream-like quiet and thunderous crescendos make “Tropics (Erase Traces)”  wholly arresting.  As is the longest piece here, “Only Memories Remain” its thoroughly gentle atmosphere as heady as it is haunting – whether played at a high enough volume (or on headphones). The track’s all enveloping ambiance  seems to set the stage for a more forceful climax, but the absence of a genuine knockout punch is in keeping with My Morning Jacket’s willful decision not to do the expected or conventional on The Waterfall. 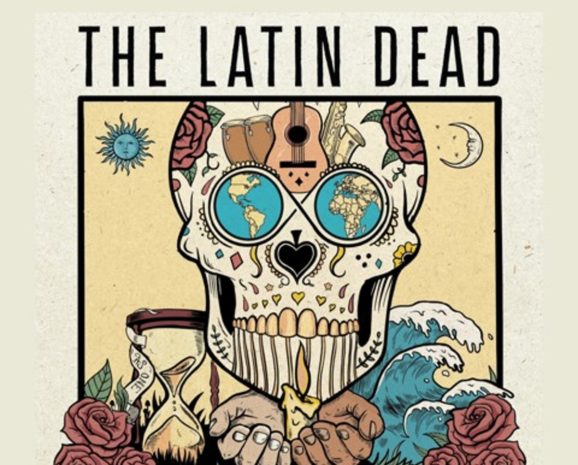