JG: Did you listen to a lot of country while you were making this record?

BK: No, when making records I really don’t listen to anything because my head is too full with the shit I’m working on. I’ve never really been able to; you how some kids can do homework and listen to music in the background? I could never do that because I could never get any work done because I would be so distracted. My wife always, whenever we have a dinner party she’s always like “we’ve got to put on music” and I’m like “I can’t have a conversation with music on in the background.” So I go through phases, but I always listen to music in the car.

JG: Do you think your new sound will surprise some of your fans at all?

BK: I don’t know. I think that a lot of my fans like my folkier numbers and I’ve hinted towards country and Americana on some of my other albums. But I think it was kind of me picking one road and going in on it for a whole album. There are other kids that only love the rock shit that will probably be bummed out, but it’s just one album.

JG:I saw you at the Bowery Ballroom back in the fall and I thought your set contained a nice mix of material. What can your fans expect on this tour?

BK: Kind of a similar thing. You know, there are other deeper cuts from previous albums that I’d like to bring out. Songs like Hear Me Out, Believer and Red Eye. Songs that I want to bring out and give them sort of a lush feel.

JG: You been touring with the same guys, but you’ve added a pedal steel player.

JG: Can you talk a little bit about the band?

BK: The drummer is Mark Stepro, who I’ve been playing with for a few years. The bass player is Chris Morrissey. He’s played with me for a long time and they are basically the full time rhythm section. And so we added Rich Henman who is this fantastic pedal steel and dobro player. He’s filling the shoes of Kit Kitterman who played on the album. And Kit doesn’t go on tour, he kind of has stage fright. He’s a truck driver actually, he prefers to be behind the wheel than on stage.

Rich is just such a fantastic musician, the whole band is incredible. That’s one thing about this album that I love, I think that is the most musical album that I’ve ever made and far as proficient musicians, you know the playing is really great.

JG: Can you tell us about what went into producing the album yourself?

BK: Well, I love producing. I’ve been lucky to work with some of the greatest producers around and I’ve taken things from everybody. I really had a vision of what I wanted [from this album]. I didn’t want too many cooks in the kitchen and I felt like most of the producers that I worked with in the past wouldn’t get a real Texas-country concept. And I didn’t want to work with any Nashville big timers.

So, I just wanted to do it by myself because I have a real grasp of this kind of music and you know I just felt like it was just time for me to do it. It wasn’t that really such a big deal. I’ve produced a lot of stuff on the side, like underground bands and stuff. This singer Pierre Guimard I produced all his records, he’s really great. I love producing and I love production. Some albums you want to have somebody there with you to lean on and some other albums you just want to do it yourself.

JG: So The Watson Twins are going to be on tour with you?

BK: They’re out here, tonight’s the first show so I’m looking forward to meeting them. I’m sure they’ll be arriving soon in the van.

JG: Are there any plans to collaborate with them?

BK:Yeah, that’s one thing that we were talking about. We’ll see as I was obviously thinking Hurtin’ You would be really good to have them come up and sing on, so we’ll see.

JG: Do you think that Southern audiences may relate to the sound a bit more than people in the Northeast?

BK: I think so, but at the same time man there are tons of country stations in Connecticut and there are rednecks in Pennsylvania, you know what I mean? You can find country fans everywhere really. And in the South you know you can find really eclectic kids that love like polka music or something. At this point I think that everything is mixed in across the country. But there is also some that will probably relate to the lyrics a little bit more that grew up in the country.

JG: You’ve recently relocated to Austin, TX after living in NYC for a long time. Do you miss living in New York?

BK: No, actually I don’t. I’ll always have New York. I can go visit and I love it so much, but I enjoy living in Austin. I lived in New York for almost nine years and I love it there. I owe a lot of the city, I got my start there, it was just not where I wanted to be forever. I think that everyone should live there once in their life cause it’s a really cool place and I think that you learn a lot living there. But I have a family now and I just wanted to get back to a little easier life.

JG: What are your plans for the summer? Are you going to be hitting any of the festivals?

BK: Yeah I think that we are going to be doing Newport Folk Festival in August and we are still waiting on a few others, but we’ve got a club tour in June on the West Coast.

JG: What are your thoughts on playing festivals?

BK: Well as a performer, I think festivals for me are really more fun because I get to see friends that are musicians that I never get to see because we’re always on tour. Festivals are really fun because you’re all in the artist area and you always run into people that you don’t see too often and catch up and play acoustic guitar and jam in the backstage, in the trailer. So that’s really what I love about festivals is sharing a beer with other musicians that I never get to see.

JG: What are you currently listening to?

Ben’s tour rolls on this week with a stop at New York’s Town Hall on Wednesday night, before heading over seas for shows in Australia and Europe in April. 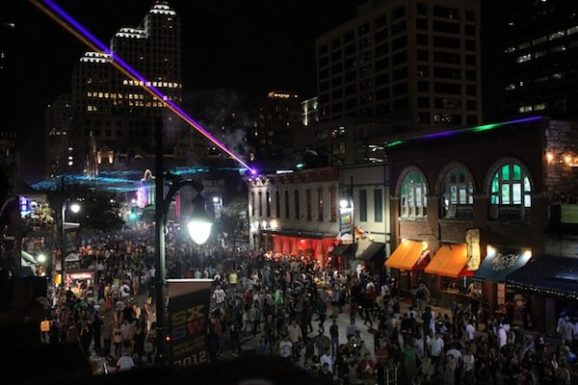 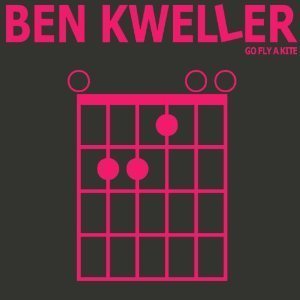