Stack more against them: they don’t hit the high bar every night, though the real Dead didn’t exactly do that either (collateral damage where “chance music” is concerned, right?). DSO is also married to the road, a great thing for show heads but also meaning they’re never gone long enough for most fans — at least those based in or near major markets — to feel especially longing. And forget it not: following the 2005 death of Scott Larned and the 2009 exit of John Kadlecik, DSO no longer has in the lineup either of the two members responsible for its initial conception.

Dark Star Orchestra – Might as Well (Live in Montclair)

But the band endures. And it thrives. It’s that idiom thing again; you don’t necessarily go to hear DSO reproduce Dead shows or have fun with setlist mix-and-match; you go to hear talented musicians converse, for three to four hours, in the language of Dead. Without Kadlecik, they’ve lost a hint of the chemistry DSO had before, but just as what happened when they needed a permanent replacement for Larned, they’ve found, in Jeff Mattson (and Stu Allen to fill in when needed) a player well-versed, well-traveled, well-apportioned and well-experienced in that conversation. Both Barraco and Mattson lack nothing for musical personality or chops, but neither lets those things obscure his obvious passion and respect for this music. They fit in just fine, in other words, as groupthinkers, and are pushing the rest of the band to be even better.

In Montclair, the band had chops, energy and more than a little bit of nerve: an original setlist drew from all over the place – with an insistence on the knottier Weir tunes, JGB fare, and plenty of covers – that managed to thrill without ever firmly establishing a tone. With the first set marked by odd choices that the band had to convince us were the right way to go – Simple Twist of Fate, for example, slowed the tempo to a near-halt but then sparkled with some beautiful Barraco filigree – the second set was where the band really took off, and dug deep. Cats Under the Stars felt especially gorgeous – tonally similar to the most famous JGB versions — and sometime in the midst of Weather Report Suite, DSO caught fire and began to take chances, driving a fiercely rhythmic Let It Grow into a throttling Drums segment and a dark, spectral Space.

The final suite of music – to cap a near-two-hour second set — was fatty, delicious psychedelia that hardened into rollicking rock ‘n’ roll: a nebulous, and unfinished Dark Star, into a gnarly Mason’s and the Not Fade Away denouement. None of the three encore selections was particularly necessary – and again, the placement of songs was oddly scripted – but no less welcome.

Throughout, it was Mattson who led: soulful vocals, dense solos to anchor the major suites, chipper, airy ones to flesh out the rockers. Watching him with a smile plastered across his face in Not Fade Away was a hoot. His improvisational style is intense but not ostentatious, yet he clearly felt the hard-driving climax and allowed himself a little muscle shredding to close out his solo, riding the shuffle beat to the final reprise. Can we just go ahead and say he has the job yet? At the very least, he gets “it” about DSO. Whatever that is, he’s got it, too.

Set One:
The Wheel > Greatest Story Ever Told ; It Takes A Lot To Laugh It Takes A Train To Cry ; Cassidy ; Hard To Handle ; Simple Twist Of Fate ; Lazy Lightning > Supplication ; Might As Well

Set Two:
Feel Like A Stranger ; Cats Under The Stars ; Weather Report Suite > Let It Grow > Mountains of the Moon > Drums > Space > Dark Star (verse 1) > Mason’s Children > Not Fade Away

Encore:
Golden Road (To Unlimited Devotion) > Let It Rock > And We Bid You Goodnight 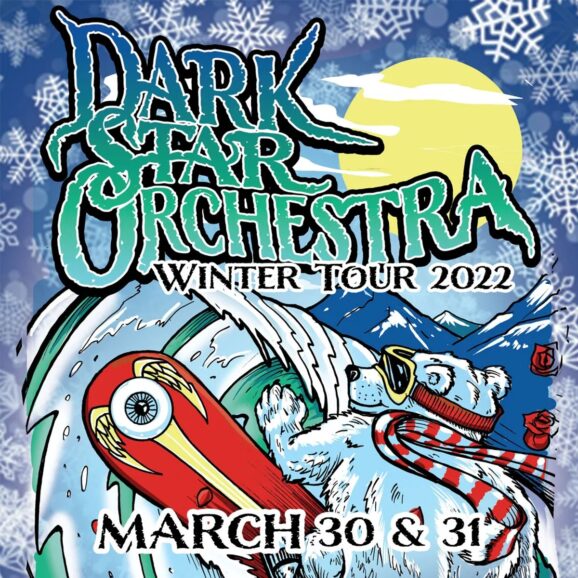