Dark Star Orchestra returned to The Paramount in Huntington on March 30th for the first time since November of 2019. Of course, this was originally scheduled for New Year’s weekend, but the pandemic pushed off this, and countless shows were planned for that time. It also served as a homecoming for guitarist Jeff Mattson and keyboardist Rob Barraco, native Long Islanders who joined up in the Volunteers (now Zen Tricksters) back in 1979.

DSO played two nights at the Paramount and while Thursday was their “elective” setlist, this one was dedicated to a classic Dead show. With the show opener of  “Samson & Delilah” and the microphone for vocalist Lisa Mackey,  it was clear (to this reviewer since the only other times the Dead started with the song were without female accompaniment ) that they were “covering” the June 12, 1976 show from Boston Music Hall. This was the last of four shows and was simulcast on WBCN. As a result, it was a cornerstone of countless tape collections.

As usual, the band played the shit out of the setlist.  “The Music Never Stopped” on Thursday was even hotter than the one from Boston. That’s what this band does. They don’t try to necessarily replicate the actual jam played at the show, they just mimic the sound of the period and let it fly.

This show featured one of only five versions of “Mission in the Rain” by the Dead and Mattson more than did it justice. He’s been singing it since his bar band days, as it went on to be a Jerry Garcia Band staple. Outfitted in a Warren Zevon smoking skull shirt, that man himself dubbed “Old Velvet Nose,” Mattson brought down the house with this one. Other first set highlights were a fantastic “Lazy Lightning/Supplication,” with standout vocals from Rob Eaton and a fiery transitional jam to boot. This, like many 1976 shows, featured the slowed-down “Friend of the Devil” and an even more mellow “High Time,” (revived from 1970 at the June 9 Boston show). Ripping versions of “Brown-Eyed Women” and “The Promised Land” balanced the pacing of the set and set the stage for the second stanza.

“The Wheel” that started the set was another one the Dead didn’t do very often as an opener. In fact, they opened the second set of the following show at the Beacon and never played it in that spot again. It’s not surprising, since it’s a song made to flow out of another. But after a band huddle, Dark Star did an excellent job, as they did with the subsequent versions of “Cassidy” and “Tennessee Jed.” But it was during “Let It Grow” that things really got hairy. Ironically, this was one song that played faster by the Dead in 1976 and DSO launched right into it. Skip Vangelas’ bass was thundering from this point on and this version was absolutely fantastic.

“Let It Grow” drifted beautifully into “Wharf Rat,” which led to the Dead’s first version of “Comes A Time” since the final 1972 Fox Theatre show, recently released in the St. Louis boxed set. The “Comes A Time” from Boston was also released on the final installment of the Road Trips series in 2011.

DSO did this famous show proud and the “Dancin’ In The Streets” that followed got everyone moving and ready for another Chuck Berry set closer. “Around and Around” finished things up and set the stage for another “one time, one time only” performance. The “Sugar Magnolia->U.S. Blues->Sunshine Daydream” encore, also released on the aforementioned Road Trips release, was fantastic.

The June tour, also document in a boxed set from the Dead, featured the band playing around with the two parts of “Sugar Magnolia.” After revealing the source of the show, Dark Star finished with “Goodnight Irene.” The song was only played by the Dead once (with Rick Danko and Joan Baez guesting), but another Garcia solo staple. It was the perfect tune to send us all smiling and grateful this band still does what they do. 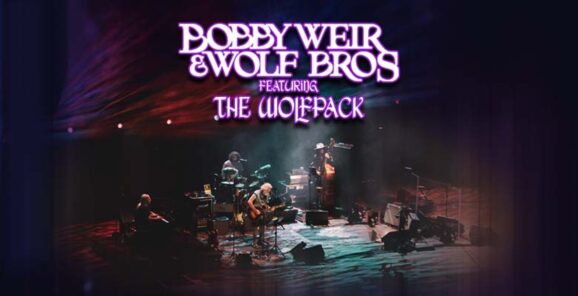