Despite some hints of legitimacy halfway through the season, it’s becoming clear that Ballers is not only ill-conceived, it gives the impression that each individual scene was written by one committee, filmed by another, then edited together by a third. With no overall story arc, it’s simply a half-assed assembly of buzzword actors sitting around rehashing stale buzzword dialogue, with absolutely no amount of compelling drama to carry it over from one week to the next.

It starts with Spencer arriving to celebrate the obtaining of the incriminating photographs of Vernon, releasing him from some kind of tentative scandal we were assured would be a big deal, which allows Vernon to pursue his multi-million dollar football contract. But just as Vernon has proved to be less a character than a plot MacGuffin with a naive attitude, his foil, Reggie, is a pompous blowhard with a vendetta against Spencer and, after nine fucking episodes, still absolutely no backstory as to why.

So, naturally, Reggie is a dick, berating Spencer for showing up with this news, which causes Spencer to rat out Reggie’s dickheaded behavior, which causes Vernon to run off and sulk, making him unavailable to sign this (apparently pending) contract. In short, it was a scene with grown adults arguing like children to the point it puts another adult’s career playing a child’s game in danger. How compelling.

Meanwhile, Spencer, who has a second CT scan after spending several episodes avoiding one outright, repeats the same scene from last episode (the copy/paste shortcut must be popular in the writer’s room), where the technician AGAIN refers him to a psychologist, where lines “I don’t need a psychologist, I’m talking to you” seem written with the assumption they’ll sound charming when coming from Dwayne Johnson.

Rather than a psychologist, Spencer inexplicably slashes all four of his tires, then calls the towing company whose commercials were prevalent in last week’s episode. While a seemingly successful business, Spencer asks for a tow from the owner himself, Dan. Because a business that’s lucrative enough to buy airtime on TV surely has an owner who can drop everything to perform a simple tow.

Anyway, Dan shows up (played by Michael Cudlitz, better known as Abraham from The Walking Dead), there’s bad blood between the former teammates, and Spencer eventually circumvents his apology to him by making nice with his kid, complete with tickets to a major league ballgame. After a couple 90-degree turns in attitude, Spencer and Dan mumble their way through a heart-to-heart and make nice, which somehow alleviates Spencer of his need for therapy.

Meanwhile, Ricky invites Charles over for a custom-made highlight reel to celebrate his return to pro football. It’s an unusual act of genuine sincerity that could have made the first season somewhat endearing if it had been utilized at all before its penultimate episode. Granted, this is undone by Ricky’s disastrous attempt to win Bella back by hanging a painting she had given him, explaining it symbolizes his no longer wanting “low-hanging fruit,” before going on to equate Bella with a coconut, then failing to turn it into a term of affection.

Charles, however, is having trouble getting back into the game, and is being screamed at by the General Manager training on the field. Once he returns home, his wife, Julie, seems eager to know all the specific drills he was put through. After he sorrowfully looks back at his new nickname, “Sugar Tits,” his wife reveals she’s pregnant. Which we can all assume means they were able to rectify their differences, since the show never really bothered with that inane detail.

Finally, Spencer, who was apparently to throw out the game’s first pitch, gets Dan to do it, then hits a press photographer in the stomach with a fastball. Dan then cheers, the crowd cheers, Joe, watching in a bar, laughs, then the camera hangs on Spencer for the longest series of non-expressions imaginable. Then it ends. 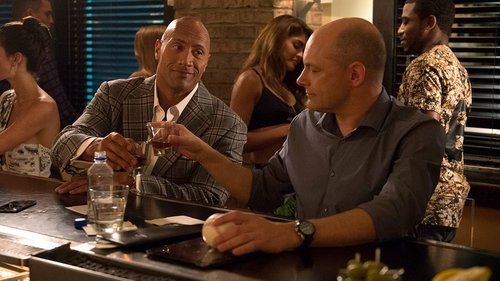 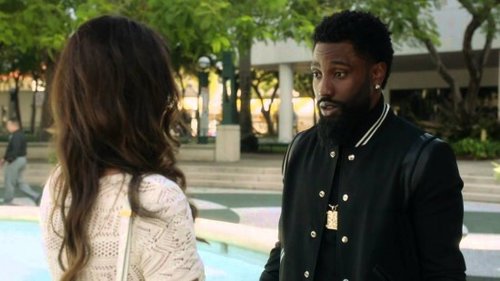 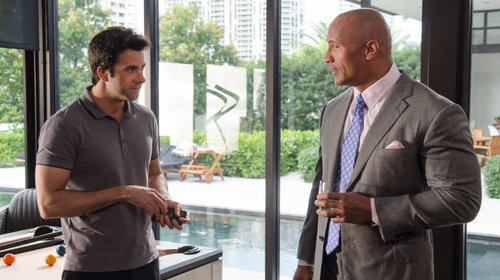