October 8, 2015 by Lee Zimmerman in Album Reviews, Reviews No Comments 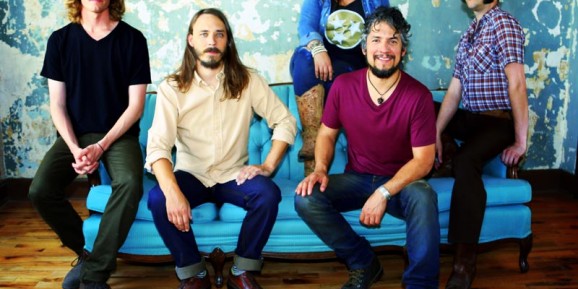 Granted, being the home town heroes isn’t necessarily a major distinction when the town you’re presiding over doesn’t offer all that much in terms of competition, and you’ve won the crown as much by default as by your abilities. But when you’ve secured that title in a town like Knoxville Tennessee, where the talent pool is practically overflowing, then there’s something to be said for any band that’s become the local darlings. It’s even more impressive when you not only conquer the hearts and minds of the local citizenry, but are also building a budding national following as well.

That certainly seems to be the case with The Black Lillies, a band that Knoxville has unconditionally embraced. Knoxville’s not Nashville of course; what the latter can boast in glitz, glamor and a television show that’s become a hit as a network namesake, Knoxville goes about its business with a lack of pretence that points to its unabashedly unassuming nature. The two cities lie at opposite ends of the state, but in terms of attitude and execution, the two are poles apart. It’s rare to find a band in Knoxville that purveys any attendant hype or hoopla, but the music that emanates from that community is exemplary just the same.

That’s necessary to know so as to appreciate just how unimpeachable the Black Lillies appear when it comes to their music as well as their overarching ambitions. Their’s is a sound that can’t be typecast within any single strand of Americana. Rather, they purvey an authentic sound that’s guided by their best instincts even if it doesn’t fall within a narrow divide. That’s especially true on Hard To Please, the band’s fourth album and its most confident set yet. While certain songs like “That’s the Way It Goes Down,” “Bound To Roam” and “Desire” fit the definition of a genuine roots regimen, others — the assertive “Hard To Please,” the rollicking “40 Days” and the supremely soulful “Mercy” fill in the spaces between where the back porch ends and the place where more urban environs begin. And when the group pulls out all the stops, as on the rousing “Dancin’,” and the aforementioned “40 Days,” there’s simply no containing the energy and enthusiasm contained therein.

Naturally, this confidence and assertiveness can be attributed to the contributions of its individual members — that being Cruz Contreras — the band’s singer, songwriter and multi-instrumentalist — co-vocalist Trisha Gene Brady, drummer Bowman Townsend, and new members Sam Quinn, Mike Seal and Jonathan Keeney, each of them alumni of other local ensembles. In a sense, Hard To Please marks a critical juncture in the Black Lillies’ trajectory, given that two of its original members left during its conception and the newer recruits had yet to be integrated into the fold. Happily, the band and their producer Ryan Hewitt were able to recruit some able stringers to complete the record — Bill Reynolds of Band of Horses on bass, pedal steel player Matt Smith and guitarist Daniel Donato. Still, it’s the synergy between Contreras and Brady, especially on songs like “Dancin’,” “The First Time,” “Fade,” and “Broken Shore,” that effectively clinch its success, bringing back echoes of Johnny and June, Gram and Emmylou, John Doe and Exene, and practically every other great male/female duo of the past several decades. It’s their passion and dynamic that makes this album special and indeed, makes it sound like it’s one for the ages, and, one suspects, ages yet to come.

About the author: Lee Zimmerman

Lee Zimmerman has been an accomplished freelance music writer, reviewer, critic and blogger for the past twenty years. His work has appeared in No Depression, Country Standard Time, CBS Watch Magazine, Goldmine, Blurt, Country Standard Time, Bluegrass Situation, American Songwriter, New Times, Billboard, Keyboard Magazine and Performing Songwriter. Granted, he doesn’t make a lot of money for these endeavors, but the rewards come in the form of a steady influx of CDs and concert tickets, as well as the opportunity to interview many of his rock ‘n’ roll heroes. It also justifies the fact that he can keep a hairstyle best suited to a 25 year old surfer circa 1972.