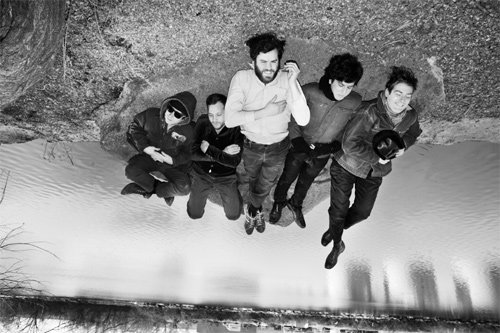 With their latest album Shame, Shame, Dr. Dog take a step into themselves as we receive the voice of modern working class psychedelia. With every album, it’s not so much the cliché that they are moving forward as they are exploring different aspects of the music they create: lo-fi records, hi-fi records, indie, pop, psychedelic.

To say that Julian Casablancas has had a conventional rock and roll road would be a bit of a stretch. The Strokes lead singer came to Detroit’s St. Andrew’s Hall with his solo band on a humid Monday night and his show would prove to be anything but ordinary, whether or not that is a good thing , is still up in the air.

Lotus, the Indiana five-piece, came to the center of Michigan as they stopped off at the Royal Oak Music Theater. After a smoking Jam Cruise, Lotus have been embarking on a tour in support of the release of two EPs, Oil on Glass/Feather on Wood. The Michigan crowd was fairly young, but surprisingly sizable, presumably due to Lotus’ tireless performances at 2009’s Rothbury Music Festival. A blasting late night set and a secret show in Sherwood Forest seemed to create an influx of youngsters decked out to the nines for the Thursday show. With Rothbury on the shelf temporarily, hopefully many of the bands that made the festival so special will return to Michigan for some shows, and with some luck and enough support the festival will return as one of the premier events of the summer.

Lotus opened their two set Royal Oak show with the lively bounce of Juggernaut. Like most of their material, a playful electronic ping bounces off a hard bass line from Jesse Miller and is mirrored by guitar work from Mike Rempel. Juggernaut built to a frenzied pace, as it stretched things out slightly to catch the sizable Detroit area crowd’s interest early. The choppy, Golden Ghost came next, as Miller alternated some basslines and samples from his keyboard for the hip-hop flavored melody.

A first set highlight came at the tail end as the quintet started Trans-Am’s Obscene Strategies. The funky lasery piece from the Baltimore band was sped up and accentuated perfectly with pop fills from percussionist Chuck Morris. After it, would be The Strength of Weak Ties opening track Tip of The Tongue, which is centered around Miller’s catchy bassline and Rempel’s summoning of David Byrne on a dirty scratched wah-pedaled guitar hook. The catchy sing-a-long slowly ventured into some ambient improv before sliding into a medley of original Nintendo Zelda themes (they do both the main theme and dungeon themes for those of us lucky enough to still have the greatest system ever made.) It harnesses one aspect of Lotus’ diverse sound, “epic” electronic battle music. The well versed nerds in the crowd, reminisced about our 8-bit dungeon days as the band wound back into Tip of The Tongue before taking a set break.

READ ON for more from Pietro on Lotus in Royal Oak… 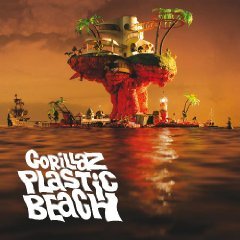 Like a long plane ride calmly careening through the air at 600 mph, the beautiful building classical piece from England’s orchestral "sinfonia ViVA," begins Gorillaz latest endeavor Plastic Beach. Signaling there is always more than first glance, the album mixes classical and hip hop and nearly every genre in between for easily one of the best recordings from any virtual band. Zing. 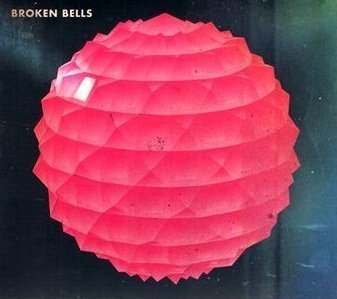 As a whole, Broken Bells maintains hip-hop tinge from Burton’s production, but it’s layered across the board with genre meandering psychedelic passages and vocal harmonies woven throughout. Putting Broken Bells in Burton’s catalogue, it’s easy to see how he considers himself an auteur. He assembles great albums like a director puts all the pieces together of a great film.  In a New York Times article Burton told Chuck Klosterman, “…even with some of my favorite bands, I only like 30 or 40 percent of what they do. I'd want to make that 30 percent into the whole album.”

Wilco is many things, but as they will let you know, you oughta know Wilco and you really should. The Chicago band has seen a few different incarnations, all centering around singer/songwriter Jeff Tweedy and bassist John Stirratt. The latest incarnation seems to be sticking around, as the lineup hasn’t shaken up since 2004 with the last additions of jazz guitarist Nels Cline and multi instrumentalist Pat Sansone. However, despite the lengthy stint of this touring lineup their latest Wilco (The Album) is only the second with the current players, but it is still signature Wilco.

Tweedy’s songwriting is mirrored through dark passages in the live show and subsequently by the opposing beautiful harmonizations. In Tweedy’s words from the Sam Jones documentary, I Am Trying To Break Your Heart, “I don’t want to just fall back on a bunch of easy rockers.” And they wouldn’t as they came to Michigan State University’s Wharton Center.

Tweedy and company started the evening at the packed auditorium by diving into their catalogue with new material off of Wilco (The Album), as the drone and darkness of Bull Black Nova eerily twinkled to begin the night. The slow, psychedelic pings and patters give way to searing guitar pulls as the Tweedy and Cline ebb and flow the weirdness back and forth with the crashing guitar builds through the crowd. Organ swing followed on You Are My Face before venturing back into the drone and light drumming of I Am Trying To Break Your Heart.

READ ON for more from Pietro on Wilco in East Lansing…

“I want to tell you, Detroit, that you done set me up for a comeback,” former Detroit Mayor Kwame Kilpatrick said after he was forced to resign last year. Echoing the words of the infamous Detroit mayor, Phish returned for a comeback of their own in the Motor City for this year’s fall tour opener, however, delivering on the comeback would be a different story. Save a few bright spots, (Down With Disease>Free and 46 Days) the show sounded like the first show of a tour, a bit rusty and apprehensive.

The quartet came out to a barrage of roses from someone hopeful for Ween’s Roses Are Free, that unfortunately didn’t come. Most of the first set was fairly straightforward as nothing really found a perfect fit. With the newer songs Stealing Time From The Faulty Plan and Kill Devil Falls, guitarist Trey Anastasio’s, for lack of a better word, Joy, was apparent as he played these new compositions just as noticeably eager as he was the past summer to push the crowd to enjoy them as much as he seems to.

It’s Ice made for an interesting highlight of the first set, but most of the opening stanza was filled with slower tunes such as Mist. Things got slightly more upbeat with Poor Heart and 46 Days would branch out a bit, with Trey pinging notes over a spacey pulsing background soundscape while lighting director Chris Kuroda covered the side walls of Cobo Hall during the ambient improv. Slowly, the space in 46 Days fizzled into silence before it got to any real interesting territory.

After The Fiery Furnaces left the stage on Veteran’s Day, I couldn’t help but think that their live show wasn’t what I had imagined going in, only slightly familiar with their catalog. With their latest studio work featuring rollicking keyboard-laden, post-modern soundscapes that allow singer Eleanor Friedberger to be the group’s centerpiece, I assumed there would be someone behind the ivories at some point. However, as The Fiery Furnaces took the stage at The Magic Bag on November 11th, their set up was noticeably stripped down. Not to say this is a bad thing.

The duo of siblings Matthew and Eleanor Friedberger, were joined by bassist Jason Lowenstein and drummer Bob D’Amico. Signature keyboard lines were taken by Matthew on guitar, who was armed with merely one effect pedal to add select noise to his vintage telecaster. Eleanor’s voice, which laid so heavily over the layers of sound on the last record I’m Going Away,

was occasionally lost in the energy of the power trio thrashing away behind her.

The choice to replace studio keyboard work with guitar made for some unique and different interpretations. The opening Rub-Alcohol Blues replaced the calming, smooth keyboard backing with prickly guitar pings from Matthew. On other songs, Matthew’s guitar added some extra speed as he punched out riffs on songs like Keep Me In The Dark, which was given a shot of energy. The trio of instruments stripped the songs down to their bare bones, and on occasion it caused a few of them to blend together, sounding very similar. D’Amico and Lowenstein created a throttling rhythm section for Matthew to accent. The short set was complete with an encore featuring a few crowd requests as Eleanor sheepishly said, “We’ve got a lot of songs under our belt, so hopefully we can make someone happy…” as a fan screamed for “Japanese Slippers.”

READ ON for more of Pietro’s photos and thoughts…

“The more you live, the more you’ll find, a reason to rewind,” improvised vocals from Umphrey’s McGee’s Brendan Bayliss on a “Jimmy Stewart” inside of Nemo.

Umphrey’s McGee has found the time to rewind, and re-listen, as they released a compilation album of their own brand of non-linear improvisations culled from 2007, Jimmy Stewart 2007. The band released the album in a limited press of 2000 copies, as well as on iTunes. Along with the album, the band has released 10 of their own favorite full shows from 2007 exclusively on iTunes, entitled CompendiUM.

Guitarists Brendan Bayliss and Jake Cinninger, along with archivist Jon McLennand explained the history behind Umphrey’s own version of non-linear improvisation they call “Jimmy Stewart.”

A “Jimmy Stewart” is a set amount time each night that is dedicated strictly to improvisation, Bayliss said. The band sets aside a specific portion of each show for their own brand of improv. They also use “Stewarts” as an improvisational exercise for songwriting while on the road. In addition, it serves to seamlessly give fans, as well as the band, something different every night. 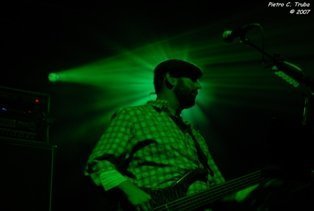 The initial scene is a bit of a shock, as bikers rummaged through hippie and Bisconaut’s cars, combing for glass bottles and drugs. But, after you realized that nothing keeps people in line more than the threat of a biker beating, things ran flawlessly.