Ah, summer. The long days, the short nights, the fun in the sun. There’s plenty to look forward to in the days between June and September, but for many people summer means high budget cinematic extravaganzas the likes of which we’ve never seen. Of course, that often means presenting us with the kinds of movies that have been successful in the past, with familiar tropes and narratives used as an excuse to showcase new and exciting technical prowess.

This year is proving no different. In just a few short months we can expect to be bombarded with high budget franchise movies that wow the sense while doing little for the mind. There’s nothing particularly wrong with that, of course. The virtues of cinematic escapism are well outlined and even me, in my well established snobbery, can see the benefits of eye candy motion pictures.

For that, you probably needn’t look too farther than the upcoming release of Warcraft, which dropped its latest and best looking trailer earlier today.

Based on the best-selling online video game series World of Warcraft, Warcraft looks to break open the boundaries of cinematic video game adaptations by trodding through the familiar tropes of the high budget fantasy.

While video games have had a bit of a disastrous run at the box office, with duds like Doom and Super Mario Brothers forever tainting the genre in the eyes of producers and audiences, Warcraft looks to make their splash by presenting moviegoers with a Lord of the Rings-esque environment that’s all at once entirely new and terribly familiar.

Arguably, this is the best approach for the movie to take. As the new trailer shows, there will be plenty of action and excitement to lure in fans who might never have spent hours playing around in the notoriously immersive and well-defined world presented by the World of Warcraft game and its various spinoffs.

There are orcs and humans; giant eagles and strange beasts; CGI rendered kingdoms and spooky forests. All of these things are familiar to audiences, thanks to Peter Jackson’s Lord of the Rings and The Hobbit trilogies. This might prove to be conducive to high box office numbers, as recent history has shown us the people are more willing than ever before to go and see these types of stories.

Given Hollywood’s penchant for recycling successful material, a good box office take for Warcraft has the potential to spark a whole renaissance of video game adaptations. Time will tell on that front. But for now, Warcraft looks to be the perfect, mindless, summer blockbuster. Watch the trailer below. 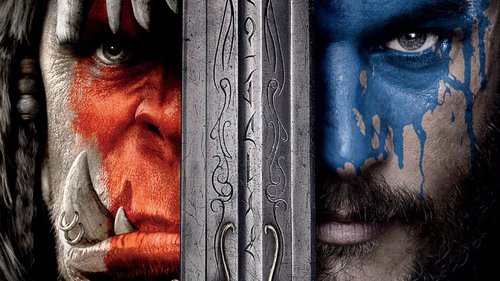 ‘Warcraft’ and the Virtue of Lowered Expectations (FILM REVIEW)