‘Jason’ Looks Like A Natural ‘Bourne’ Thriller in First Trailer

The original Bourne trilogy is one of the finest examples of modern American espionage thrillers ever produced. Forgetting the stunningly mediocre spinoff starring Jeremy Renner, The Bourne Legacy, the three movies that comprise the story of Jason Bourne should be held in high esteem for anyone who enjoys action movies with a bit of thought put into them.

After the misstep of the trilogy’s sequel, which I promise never to mention again if you can do the same thing, the series looks to be back on track now that we’ve seen the first trailer for the latest entry into the franchise, Jason Bourne.

As the title suggests, Matt Damon returns to the role he was Bourne to play (sorry, not sorry) in yet another adventure that pits him against the highest ranking operatives of America’s intelligence agencies, represented here by the too-old-to-give-a-fuck-anymore Tommy Lee Jones. Joining the two are Alicia Vikander, who seems determined to co-star in just about every damn movie that gets made (to our benefit), Julia Stiles (reprising her role as Nicky from the first three films), and the always intense Vincent Cassel (whose icy stare never ceases to send shivers up my spine).

Also returning to the series is director Paul Greengrass, who’s the man largely responsible for taking the series to the heights it achieved in The Bourne Supremacy and The Bourne Ultimatum. Even more than Damon and the character of Jason Bourne, what The Bourne Legacy (I know, sorry, never again, but for real this time) was missing was the director’s eye for detail and action choreography.

If this trailer is any indication, we won’t be lacking either of those things this time around, as the series gets back to the basics that we all so love about it to begin with. Namely, Jason Bourne kicking all of this ass while struggling with deep seated existential crisis and questions regarding his personal identity. Which, frankly, is pretty awesome.

We’re still several months away from the release of Jason Bourne, but the trailer, which you can watch below, has whetted our appetites for the franchise, which I can assure you we’ll be binging all this weekend. Right after we watch this trailer one more time. 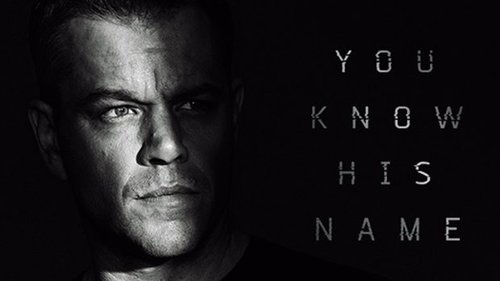