The driving force of Daniel Radcliffe’s career of late seems to be dead set on making audiences the world over ask the question, “Harry who?” A difficult proposition, to be certain; the popularity of Harry Potter means his name will forever be linked to the young wizard, and while he’ll certainly never be able to rid himself of those robes or the cloak of invisibility, we’re certainly in for a treat as he tries his level best to do so anyway.

Hot on the heels of his genius performance in Swiss Army Man comes Radcliffe’s next would-be killing curse on his adolescent career, which finds Radcliffe once more yelling “Avada Kedavra” at our memories of his younger self in the trailer for Imperium.

“Yer a Nazi, Harry,” says Toni Collette, encouraging Radcliffe’s Nate Foster to go undercover in an extreme rightwing fringe group who plans on detonating a bomb to bring about a new dawn in America. The trailer is full of taut intensity as Foster is drawn ever deeper into a world he wants no part of, which threatens not only his safety but, potentially, his entire belief structure.

Potter jokes aside, this looks to be another amazing outing for Radcliffe, who’s already garnered some early Oscar buzz for his performance in Swiss Army Man. It’s truly terrifying to see the actor with a shaved head and Nazi tattoos standing before a burning cross and swastika. Radcliffe only gets better with each new role he takes, and if the trailer is any indication this might be the furthest leap he’s taken to rid himself of Harry’s baggage.

That’s all the better for us, the audience, as he continual goes to bold new heights with his career. Whether it be the weird, as with Horns or Swiss Army Man, or the moving, as with A Young Doctor’s Notebook, Radcliffe is marching further and further towards becoming the finest actor of his generation.

Imperium is the first major film from writer/director Daniel Ragussis, and co-stars Radcliffe and Collette along with Burn Gorman (Torchwood) and Nestor Carbonell (The Dark Knight). In a year riddled with boring originals and needless sequels, Imperium may just be the saving grace of the cinematic year. At the very least, it’ll be a nice cap on a lackluster summer season, one which hopefully portends for better things come fall. Check out the trailer below, and prepare yourself for the coming greatness of Radcliffe as he grows into his own as an actor. 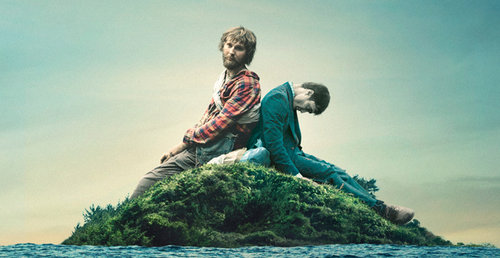