Director Zack Snyder gave us our first look at Ben Affleck’s tactical Batman armor, which will be showcased in Justice League next year. The new bat-suit is markedly different from the suit worn in Batman v Superman, almost recalling the suit worn by Christian Bale in The Dark Knight Trilogy. The reveal of the new suit also came with the reveal that shooting for Justice League has entered “the home stretch.” When filming is complete, they’ll enter a long post-production period ahead of the film’s November 17, 2017 release. Here’s hoping that Warner Brothers has learned their lessons from the botched releases of Batman v Superman and Suicide Squad and that they let Justice League exist without too much meddling. With any luck, the positive reaction to the Batman v Superman’s director’s cut will inspire them to keep their hands off of this one.

In a recent interview with Collider, Star Wars star Adam Driver discussed the experience of working on next year’s as-yet-untitled Episode 8 with new writer/director Rian Johnson, who’s taking over for J.J. Abrams. Driver praised Johnson’s script, saying “Rian is coming into something that we kind of set up and he just took it to the next level in a really great way. He wrote it, too, and Rian’s writing is so clear. I learned a lot of things about my character through his writing.” He also briefly described the tone of upcoming next chapter in the Star Wars saga, likening it to The Empire Strikes Back in terms of the tonal differences between it and its predecessor. “It’s just different in tone in a way that I think is great and necessary but also very clear. He trusts [that] his audience is ready for nuance and ambiguity. He’s not dumbing anything down for someone and that’s really fun to play.”

Netflix has given Bloodline the axe. Season three, set to premiere sometime in 2017, has been confirmed as the last season of the drama, at least as far as the streaming service is concerned. The series is a joint venture between Netflix and Sony, and there’s some speculation that Sony will try to take the series elsewhere for future seasons. That’s certainly feasible as showrunners have previously said they developed the series as far as six seasons out just to make sure they had enough material to keep going. Bloodline debuted its second season earlier this year, and while the series has its fans it hasn’t quite taken on a pop cultural life of its own the way other Netflix originals have. Between that and the recent cutting of tax incentives in the filming location of Florida, Bloodline has suddenly gotten a bit more expensive to produce.

CBS has pushed the premiere of the flagship series of its All Access streaming service, Star Trek: Discovery, back to May of 2017. The new Trek series, the first for the franchise since Enterprise was cancelled in 2005, was originally intended to premiere early next year, but show producers requested more time to make sure the effects were done to their high standards. Series producers Alex Kurtzman and Brad Fuller issued a joint statement saying, “Bringing Star Trek back to television carries a responsibility and mission: to connect fans and newcomers alike to the series that has fed our imaginations since childhood. We aim to dream big and deliver, and that means making sure the demands of physical and post-production for a show that takes place entirely in space, and the need to meet an air date, don’t result in compromised quality. Before heading into production, we evaluated these realities with our partners at CBS and they agreed: Star Trek deserves the very best, and these extra few months will help us achieve a vision we can all be proud of.”

AMC released a trio of brief teasers for its upcoming western, The Son, starring Pierce Brosnan. Based on the epic novel by Philipp Meyer, the series follows a multi-generational story of a Texas family. The three teasers reveal little about the series, but offer a glimpse at the look and feel for the show, set to premiere sometime in 2017. 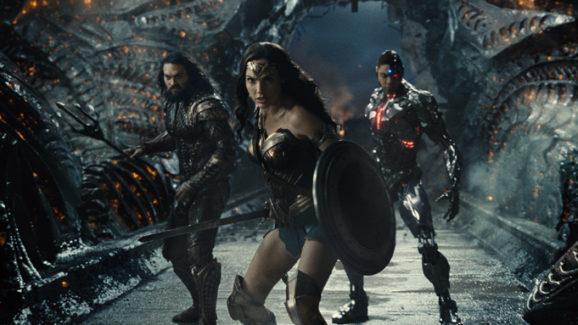