Fantastic Fest Days 3 & 4: From The Ludicrous To The Lo-Fi

Fantastic Fest, the largest genre film festival in the U.S., entered the weekend with considerable gusto. Days three and four featured everything from long-lost lo-fi gems and B-movie camp to tragic, cerebral explorations of the human condition. And, as usual, the films all managed to defy both conventions and expectations. Here’s a look at how the films of days three and four stacked up.

Shot on video back in 1990, and recently rediscovered by the folks at Bleeding Skull!, this long-forgotten James Bryan classic was lovingly resurrected, scored, and edited together to bring it to life for Fantastic Fest. The film is pure, unadulterated horror schlock and there’s an undeniable charm to Bryan’s ability to tell a story. While the fake blood adorns the beheaded mannequins, and our characters find themselves outnumbered, The Jungle Trap also has that sweet analogue hum of the video playback and overall lo-fi charm.

It also marks one of the first (if not the first) occasion where a director got to watch the final cut of his film for the first time along with an audience.

It’s impossible to go into this movie and not draw comparisons to Mr Robot, and not just because they both star Rami Malek (who is nothing short of extraordinary here), and deal with themes of a lone man vs. the machine that feels artificially constructed around him. In Mr. Robot it’s the capitalist trappings of society, in Buster’s Mal Heart it’s something much, much bigger.

That parallels aside, writer/director Sarah Adina Smith has delivered a compelling, visually arresting film that reveals itself bit by bit, with a timeline that’s not so much nonlinear as it’s shattered well beyond a casual deciphering. Instead, Buster’s Mal Heart challenges its audience to find the pattern in the chaos, giving them the chance to connect the dots on their own, instead of holding their hand all the way through the narrative.

When Dolph Lundgren introduced director Mike Mendez’s latest, he prefaced it with an explanation about how he “had more dialogue in the first scene here than I’ve had in the past five years.” While none of us had any reason to not believe him, it seemed odd to remark about the dialogue of a film helmed by the guy who brought Big Ass Spider! to the big screen.

While Don’t Kill It does deliver a heaping helping of gore, splatter, and raw, kinetic violence, Mendez never hesitates to amp up the pure, unapologetic camp. Lundgren in particular seems to be having a great time playing the vaping, booze-swilling demon hunter Jedediah Woodley, who’s hot on the trail of the demon that’s determined to turn a small Mississippi town into a hell on Earth. It’s movies like this that make you mourn for the lack of drive-in theaters left in the world today.

Out of all the films playing at Fantastic Fest this year, none quite had the kind of buzz Raw did. After making headlines at the Toronto International Film Festival a few weeks back, the film was in danger of becoming inseparable from the hype. Even during its introduction, it was made clear that “is this too gory” is not the kind of mindset you need when going into Raw.

Sure, there were a few scenes that’ll cause some viewers to avert their eyes, but at its heart it’s an incredibly touching, viscerally human coming of age story about family, expectations, and the unending anxiety over figuring out just where you fit in. A show-stopping, wholly original debut from writer/director Julia Ducournau.

We’ve got a full review going this Friday for Tim Burton’s latest, though there was some disagreement among us here at Glide Magazine over our opinions of the film. All that aside, the master of the whimsically macabre was honored with a city-wide proclamation declaring September 25th to be “Keep Austin Peculiar Day.”

While you wait on our final thoughts regarding Miss Peregrine’s Home for Peculiar Children, you can read more about Tim Burton’s new Austin holiday here. 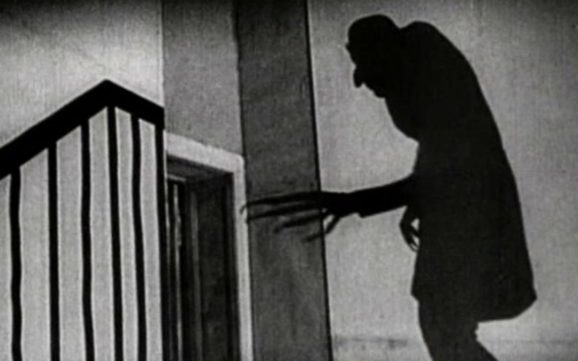