Could we possibly be seeing the beginnings of a horror movie renaissance? 2016 has been a special year for horror, one which has seen an uptick in the slow moving, atmospheric horror style of the 60s and 70s. Movies with ambiguity and tension, made with an artful eye towards detail and pacing. Those movies were effectively butchered by the slasher craze of the 80s, which pushed audiences into a kind of shell-shocked complacency—once you’ve seen Freddy shove his hand through a teenager’s torso, the spectrum shifts and subtlety becomes subjective.

This year has found horror moving into a more visceral direction. Movies like The Witch and Darling created tension with atmosphere more than real fright. It’s an old-school approach, one that doesn’t cater to our baser needs and, instead, finds fear in our imaginations. Perhaps it’s not a trend just yet, but with The Eyes of My Mother, it certainly seems like a new movement is beginning to take shape.

Optimistic on my part? Perhaps. But it’s hard to deny that something potentially special is beginning to happen within the horror genre; harder still to deny director Nicolas Pesce’s place within it.

For his debut feature length—which earned rave reviews at its premiere earlier this year at Sundance and other festivals—Pesce has tapped into a side of terror that so rarely gets explored in the modern climate. Bone chilling and utterly human, The Eyes of My Mother is a breathtaking addition to the annals of heady horror that sticks with you long after its final frames have rolled across the screen.

Kika Magalhaes (another newcomer) plays Francisca, an isolated, lonely woman who grows up with a distant father following the brutal murder of her mother. After her father’s death, Francisca, desperate to make any human connection, begins reaching out to the world outside of her secluded farm. Unfortunately, her isolation and the trauma of her mother’s murder have planted deadly seeds in her brain, which manifest in truly horrific ways.

Francisca is the rare horror villainess that audiences can empathize with. Where most cinematic monsters lurk in the shadows, she exists in the light. Her shadows are within. She’s not the faceless monster that stalks her victims behind masks or a supernatural visage. With Francisca, what we see is what we get, and what we see is complicated.

Pesce’s script reads like a complex character study into the minds of serial killers and psychopathy. The slow burn of his narrative forces us to not only pity but identify with Francisca as we watch her journey from lonely child to lonely adult. It isn’t difficult to see ourselves in Francisca, and therein lies the true horror of The Eyes of My Mother.

It’s easy for us to look at serial killers—real or imagined—as entities separate from humanity. Monsters, we call them. Evil. We do this as a way of insulating ourselves from the reality that the line between monster and humanity is, in fact, non-existent. Ted Bundy, Ed Gein, Jeffrey Dahmer, they’re all just people, and that’s a truth more terrifying than any cinematic demon could ever hope to be.

Francisca is as human as they get, thanks to the one-two punch of Pesce’s writing and Magalhaes’ performance. The script’s nuance and subtlety is encapsulated beautifully by Magalhaes’ powerfully subdued performance. Through her, we feel Francisca’s loneliness and desire for companionship and we pity her isolation. Her victims become symbolic of her inability to exist in the world she so craves to join, each one becoming another brick in an invisible wall out of which she will never—can never—break.

In that sense, The Eyes of My Mother is almost every bit as heartbreaking as it is horrifying. Francisca is every bit the victim herself—of circumstance, of poor guidance, of trauma—and it’s genuinely painful to watch her stumble into the abyss of her making. She’s a girl who just needed a hug, but too quickly does she move beyond the capacity for love to cure.

None of which, of course, justifies her actions which are, to be clear, atrocious. Pesce deftly moves the audience back and forth between pity and empathy to raw disgust as we see the aftermath of Francisca’s actions. The juxtaposition is often jarring, but only serves to remind us that behind every killer we call a monster lies a complex pathology of humanity. Pesce, for his part, brilliantly spares his audience the acts themselves, choosing instead to show us aftermath.

With the bulk of the violence occurring off screen, we’re forced to contend with its effects more than we are the act itself. There’s something jarring about seeing Francisca suddenly cleaning a bloodstain off the floor or meticulously packing oddly (read: human) shaped cuts of meat into her refrigerator and it cuts deeper than it would have had we seen the act take place in full view.

That distance, between the audience and Francisca’s actions, is not dissimilar from the distance between Francisca and her world. Just as she wishes to connect with the world around her, we try to connect with her, to no avail in both cases. The result is stunningly unnerving—what does it say about us that we can empathize so heavily with such a murderous person?

Like most truths, it’s uncomfortable for us to realize how close any of us can be to those whom we call monsters. Often what separates us from the unthinkable is as simple as a few wrong turns. While Francisca’s case is steeped in hyperbole, Pesce and Magalhaes do a magnificent job exploring the inner world of a monster, giving us a slasher who’s as innocuous as your next-door neighbor. Add in some deeply compelling and disturbing imagery, The Eyes of My Mother becomes an artistic slow burn that buries itself deep inside your hidden fears and darkest nightmares.

The Eyes of My Mother is now playing in limited release and is available on iTunes, Amazon, and VOD. 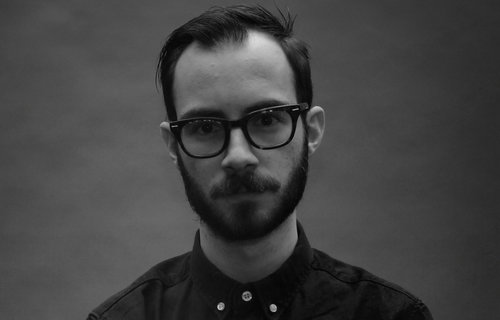 The Eyes of Nicolas Pesce: Horror Auteur Talks ‘The Eyes of My Mother’ (INTERVIEW)