The first teaser for Deadpool 2 was released this weekend, playing ahead of Logan in theaters. Taking a non-traditional approach to the concept of teasers, it’s more of a short film than an actual trailer. How delightfully “on brand.” It was released in lieu of the now customary post-credits scene for the Wolverine film, which director James Mangold has stated is intended as a standalone film within the larger X-Men universe. After the teaser leaked online via cellphone footage, Fox released a high-quality version. If you’re a fan of the character, this was a delightful treat that poked fun at the tropes and standards of the superhero genre in typical Deadpool style. Deadpool 2 is currently in production with John Wick director David Leitch helming. It’s expected March 2, 2018.

‘The Wire’ Star Headed to A Galaxy Far, Far Away

Though we still don’t have a title for the upcoming Han Solo-focused Star Wars prequel, we do have some exciting news. Over the weekend it was announced that Michael K. Williams (The Wire) has joined the cast in an unconfirmed role. The ever-growing ensemble has quickly become one of the most star studded events in the history of the franchise with Alden Ehrenreich playing a young Solo, Donald Glover as Lando Calrissian, and Emilia Clarke, Woody Harrelson, and Thandie Newton all playing unconfirmed roles. Phil Lord and Chris Miller (The LEGO Movie) are directing the film from a script by Star Wars alum Lawrence Kasdan and his son, Jon. The film is expected on May 25, 2018.

New ‘Tron’ in the Works?

The failed sequel to Tron: Legacy may be receiving new life as a potential reboot. Disney is apparently in the early stages of development for a new Tron project using ideas from the failed Legacy sequel to jumpstart production. Jared Leto is reportedly in talks to star in the project as a previously unintroduced character, Ares, who was initially set to appear in the Legacy sequel. Disney has stated, rather enigmatically, that this new film will not be a direct sequel, though they offered no explanation as to what that might mean. Of course, given their previous history of being unable to get a new Tron off the ground, I wouldn’t necessarily hold my breath over this one.

Against all odds or reason, we’ll be seeing our fifth entry into the Transformers franchise this summer with the release of The Last Knight. With the oft-maligned series still earning billions of dollars worldwide, we can expect to keep seeing these movies pop up every couple of years, but now Paramount seems intent on widening the scope of the series to include spinoffs and side stories. The first of these movies in the larger shared universe is set to be centered around Bumblebee, one of the most popular characters from the previous movies. Travis Knight (Kubo and the Two Strings) has been tapped to direct the film in what will be his first live action movie. It also marks the first time someone besides Michael Bay has helmed a Transformers movie, which at least offers a marginal hope that it won’t be a bloated mess. Knight crafted an intensely moving cinematic experience with Kubo, and if he can bring even have that magic to this universe then more power to him.

The weekend box office was no competition. Logan dominated theaters with a staggering $85.3 million domestic debut, becoming the biggest opening of 2017 so far. Get Out slipped to number 2, but pulled a still impressive third week total of $26.1 million. The faith based movie The Shack, meanwhile, pulled in $16.1 million with little advertising or marketing. Rounding out the top five were The LEGO Batman Movie with $11.6 million and the young adult drama Before I Fall with $4.9 million. You can see the full top ten below. 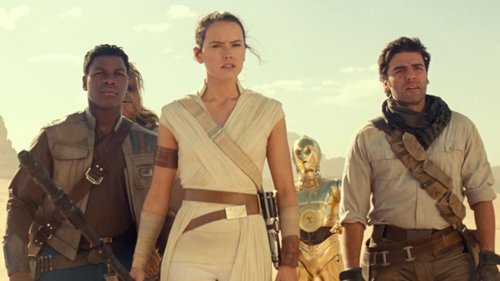