King Without a Crown: ‘Kong: Skull Island’ a Silly Endeavor with No Redemption (FILM REVIEW)

Hesitant to learn from history, another King Kong movie has made its way to the big screen. Rather than go the way of 2014’s Godzilla and create a fairly usable, dramatic, or even well written movie, Kong: Skull Island offers a ridiculous ride, placing the viewer squarely in the action. Which, would be fine were there anything else other than action.

Guardians of the Galaxy has ruined movie soundtracks for a long while. While it worked magnificently for the Marvel powerhouse, it’s become a hindrance to the “less than” films that don’t know how to portray a soundtrack as its own character. Kong takes place in the 70’s, literally about a second after the Vietnam War. Because of this, we get the full 70s cliché music running throughout Skull Island (which comes specifically from a tiny record player one of the army dudes lugs around, and a large collection of records to boot). The crew goes through losing their equipment, their weapons, their food, and instead of worrying about doing things to survive, they worry about finding the right song to accompany their misery.

If the shoehorned music was any indication of what we could expect, it came as no surprise when Kong is revealed early in the film mirrored by mostly made up of angry looks from Samuel L. Jackson. The two form an early rivalry as Jackson fucks with Kong’s habitat and Kong defends it while the soundtrack blares and fire burns around them. If it was ever supposed to contain a serious moment, director Jordan Vogt-Roberts (known for some mild crap you may or may not have heard of, but not a movie of this caliber) should have worked harder to not mirror Oscar winning flop Suicide Squad, and instead made a movie about a gentle giant doing their best to get by.

Aside from Jackson, the film boasts a mighty fine cast including John Goodman, Oscar winner Brie Larson, Tom Hiddleston, and John C. Reilly. There’s no reason a cast like this should have been misused so heavily, and yet here we are. Jackson ends up playing out every cliché in the book and Larson has essentially no point other than playing the damsel in distress (disguised by her avid anti-war stance). Goodman turns into a comedy act, while Reilly ultimately plays out a character Goodman could have easily played in his sleep. Hiddleston finally gets a moment to be the good guy, even battling with a noxious green gas that only seems to bother him for a few moments, as he quickly removes his safe gas mask to reveal that the gas matches his sparkling/determined eyes.

The character of Kong has little depth, whose traits are explored solely through exposition provided by Reilly and a quick interaction with Larson. Larson’s anti-war character innately “gets” Kong, treating him as a being instead of a beast, and acting as his static “beauty.” Again, rather than inserting any explanation, we’re instead expected to just accept this new development, and hope for the best against a skyscraper. Larson’s interactions with Kong culminate in his saving her when Hiddleston is busy slow motion throwing shade at situations, eventually redeeming himself for the horrific murders of countless unknown and undeveloped GI characters.

Suicide Kong could have been better than this. It could have done the series a solid and taken a new road while defining old characters and plotlines. Instead we got a mall crowd favorite, relying heavily on explosions and green screened heavy looks from its all-star cast. The after credits scene and overall story line indicates that producers are doubling down on the series, so take a good hard look at what you’ve demanded America, because you did this. You took a perfectly respectable, yet underrated, character and turned it into the spectacle that the films usually speak against. If you’re in the market for a good laugh, look no further, Kong has you covered. This is literally the only redeeming quality. Buckle in for a “wild ride,” expect nothing, and you’ll discover a perfectly watchable early 2000’s HBO late night programming film. 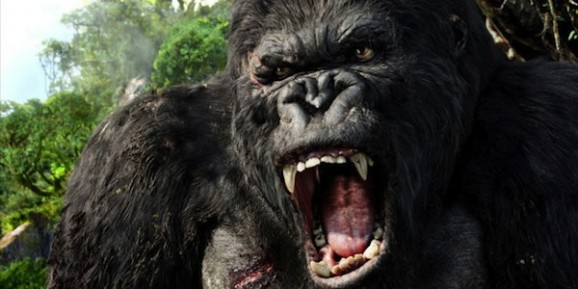 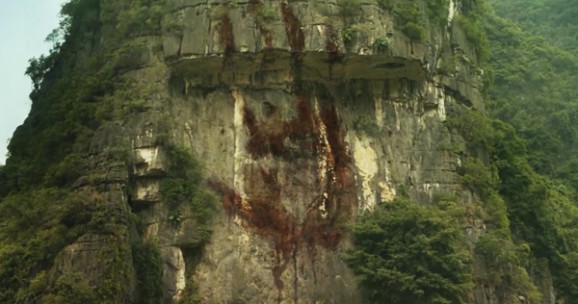