Actor and comedian Charlie Murphy died today due to leukemia. He was 57. Best known for his work on the seminal sketch comedy series Chappelle’s Show, Murphy had a long career in entertainment spanning from the 80s to the present day. Fans remember him most for the still hilarious Rick James sketch from Chappelle’s Show, which found the actor recounting an absurd true story of he and his brother, comedian and actor Eddie Murphy, meeting musician Rick James. He’s gone on to make a name for himself in the world of stand up, and appeared in numerous TV shows over the years, in addition to landing multiple roles as a voice over actor.

As inexplicable as it may seem, the Transformers franchise is one of the biggest moneymakers in Hollywood today. As maligned as they are by both critics and fans, they’ve earned billions of dollars worldwide, which of course ensures that they’ll keep churning them out. The latest entry into the franchise, The Last Knight, is set for release later this summer, and the hype train is moving full steam ahead. The latest trailer gives us more insight into what to expect from the film, which apparently takes us back a thousand years, because why not? Sir Anthony Hopkins joins Mark Wahlberg for this outing, which looks to be the biggest entry to date. Transformers: The Last Knight opens June 23.

Academy Award winning director Kathryn Bigelow has a knack for making movies that put us directly in the line of fire. Her pseudo-documentarian approach to narrative filmmaking, as with The Hurt Locker, offers audiences a unique perspective on the tales that she tells, and her latest film, Detroit, looks like it might be her best yet. Set during the infamous Detroit riots, Bigelow explores the causes and effects of the largest citizen uprisings in American history, painting a stark portrayal of violence and race relations. John Boyega stars alongside Will Coulter John Krasinski. Detroit opens everywhere on August 4.

Spike Releases Trailer for ‘The Mist’

It’s a great year to be a Stephen King fan. Not only do you have The Dark Tower and IT to look forward to, but there’s also Hulu’s mysterious Castle Rock. Now, a new adaptation joins the mix. Spike has adapted King’s famed novella The Mist into a new TV series. The story had already previously been adapted by Frank Darabont, though the new adaptation looks to be taking a few liberties with the source material. The Mist premieres June 22 on Spike.

After months of speculation and rumor, Fox has confirmed that Josh Brolin will co-star with Ryan Reynolds in Deadpool 2. Brolin will take the role of Cable, a time traveling mutant from the future and frequent Deadpool cohort in the comics. Michael Shannon and David Harbour had previously been rumored for the role, which makes this casting somewhat shocking, though not unwelcomed. This will be the second high profile Marvel role for Brolin, who also stars as the villain Thanos in the MCU, which Deadpool is not a part of. Deadpool 2 is set to be directed by David Leitch (John Wick) with a release date for some time in 2018.

Fantastic Beasts, the Harry Potter prequel series, has found its Dumbledore. Jude Law is set to portray a young version of the Hogwarts headmaster in the upcoming sequel to Fantastic Beasts and Where to Find Them. He’ll co-star alongside series star Eddie Redmayne and Johnny Depp, who portrays the villainous Grindelwald, known to Potterheads as a former rival to Dumbledore. Law steps into some big shoes with this role, portraying a character previously played by the late Richard Harris and Michael Gambon in the original series, though certainly Law is up to the challenge. Fantastic Beasts 2 is expected to hit theaters on November 16, 2018. 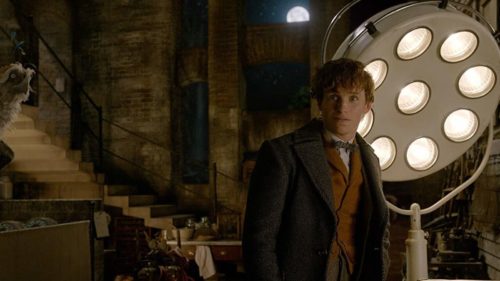 ‘Fantastic Beasts: The Crimes of Grindelwald’ Another Fun, If Imperfect, Journey Into the Wizarding World (FILM REVIEW) 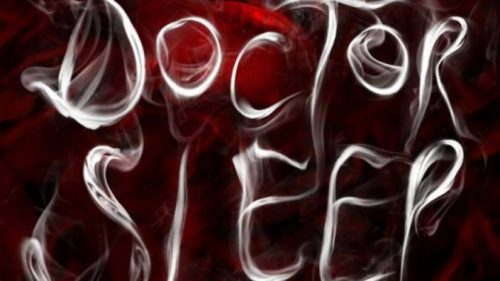 Can Mike Flanagan’s ‘Doctor Sleep’ Meet the Standards of Stephen King and Legacy of Stanley Kubrick?