The Bad Batch is the kind of film where the less is said about it, the better. Not just for the lack of spoilers, but to give each viewer the chance to absorb the story on their own.

It’s a dusty, sunlit vision of a near-future from celebrated writer/director Ana Lily Amirpour (A Girl Walks Home Alone At Night) centered around a girl named Arlen (Suki Waterhouse). After being deemed a member of ‘the bad batch,’ she’s exiled from an unseen walled off community, behind a tall fence where civilized society presumably is allowed to occur.

With nothing more than a hamburger, a jug of water, and the clothes on her back, she’s set free out in a desolate wasteland to do what she can to survive. Though things go wrong very, very quickly.

After she’s abducted by a group of cannibals known as The Bridge, who inhabit an airplane graveyard. They’re led by the Miami Man (Jason Momoa), who we see at his most sensitive and most cruel within moments of one another.

Such is the dichotomy of the characters in The Bad Batch, and the film on a whole. In a lawless wasteland, survival is the only prerogative, which in turn leads to every character showing both sides of themselves, often in the same scene.

Once Arlen makes her way out of The Bridge (again, the less said about it, the better), she’s found by a mysterious drifter (Jim Carrey, who I didn’t recognize until my second viewing), who takes her to Comfort, a makeshift community that’s shantytown and part Burning Man. Conditions aren’t as harsh as The Bridge, members treat psychedelic drugs as currency, and they’re led by the cult-like The Dream (Keanu Reeves), who lords over the residents of comfort with a kind of soft-hearted pragmatism that seems to mask something much more devious than is let on. His harem of pregnant, machine-gun toting mistresses wearing shirts with the words ‘The Dream Is Inside Me’ does seem like a big hint.

Still, while Arlen wouldn’t have survived at The Bridge, she’s unable — or unwilling — to make a go of it in Comfort. It’s this alienation that really drives the heart of The Bad Batch: where does the outcast go in a world filled with outcasts?  A question without an easy answer, but one that permeates through every scene of Amirpour’s neon-tinged commentary on the modern crisis of American society.

The Bad Batch is now playing in limited release. 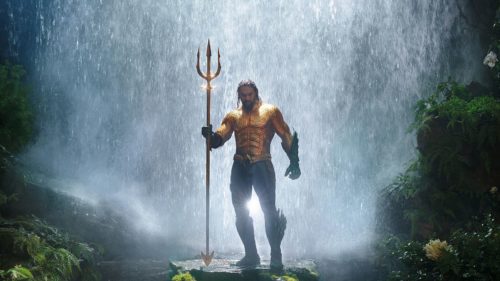 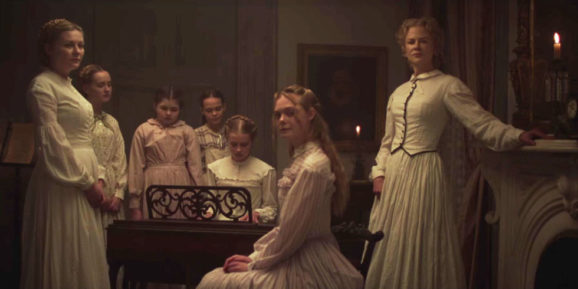 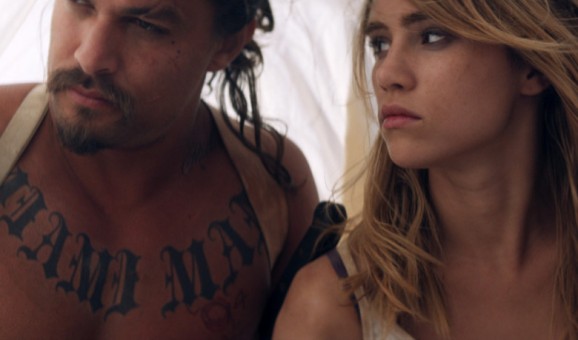