Last night was the 69th annual Prime Time Emmy Awards, a celebration of all the best TV from the last year. Hosted by Stephen Colbert, the evening was filled with pomp and pageantry as the best and brightest minds and stars assembled to laud the achievements of the past year. As in recent years, cable dominated the traditional network market, winning many of the night’s top prizes. The big winner, however, was Hulu, who won the first ever Emmy for Outstanding drama series presented to a streaming network for its adaptation of Margaret Atwood’s The Handmaid’s Tale. The traditional TV market has changed a lot in the last few years, and streaming services, like Hulu and Netflix, have come up in a big, big way. See below for all the major winners.

Lead actor in a drama series: Sterling K. Brown, “This is Us”

Lead actor in a limited series or movie: Riz Ahmed, “The Night Of”

Supporting actor in a drama series: John Lithgow, “The Crown”

Writing for a drama series: Bruce Miller, “The Handmaid’s Tale”

Writing in a comedy series: Aziz Ansari and Lena Waithe, “Master of None”

Directing in a drama series: Reed Morano, “The Handmaid’s Tale”

Hollywood lost another legend over the weekend. Character actor Harry Dean Stanton, who appeared in over 100 films over the course of his career, died at the age of 91. Stanton began his career in 1954 and for decades made his name playing small roles in both TV and film. In 1979, he co-starred in Alien as Brett, engineer of the Nostromo and the first victim of the fully grown Xenomorph. In 1984, he landed his first starring role in the Wim Wenders classic, Paris, Texas, about a man missing for four years who wanders out of the desert and attempts to reconnect with his family. Stanton has been active even as recently as this year, appearing in the reboot of Twin Peaks and earlier this year in the film, Lucky. Stanton was an incomparable figure in the acting world, and none other than Roger Ebert once wrote of him, “No movie featuring…Stanton…in a supporting role can be altogether bad.” He will be greatly missed.

‘IT’ Tops the Box Office for Second Weekend

IT took the box office crown for the second weekend in a row, pulling in a staggering $60.1 million in its second weekend, towering over the competition. Newcomer American Assassin took second place, bringing in $14.8 million in its first week, while mother! earned $7.5 million to bring in third place. Rounding out the top five were the Reese Witherspoon romantic comedy Home Again, with $5.1 million and the Ryan Reynolds/Samuel L. Jackson buddy comedy The Hitman’s Bodyguard, which took in $3.5 million. 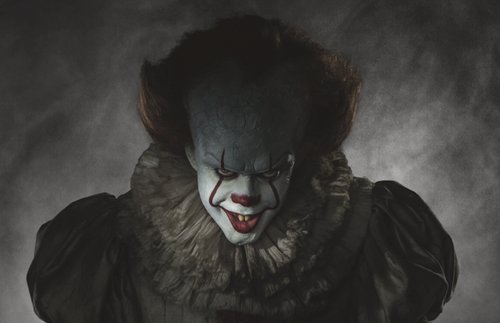 Film Bits: New ‘IT’ Trailer Will Scare You Senseless