‘Along For The Ride’ Gives A Frank, Fearless Look At The Method To Dennis Hopper’s Madness (FILM REVIEW)

“Hollywood is the destroyer of relationships,” says Satya de la Manitou, the right-hand man of Hollywood legend Dennis Hopper. In the documentary Along For The Ride, de la Manitou details his life story, one that he’s a supporting character in by his own admission, and how he dedicated it to working with Hopper.

Shot in black-and-white, interspersed with saturated, sepia-toned photos and footage from he and Hopper’s shared past, director Nick Eberling has crafted a documentary that riffs on cinéma vérité. One that echoes the same defiant counter-culture vibe that Hopper himself exuded through much of his career.

Centered in-part around The Last Movie, Hopper’s passion project he helmed after his success with 1969’s Easy Rider, a million dollar artistic endeavor that Universal gave him the final cut over. More than just the chronicling of a mad genius determined to make a movie his way, it’s a window into Hopper’s unbridled spirit, an aspiring Hollywood power-player, a de facto cult leader, and artistic visionary through-and-through.

When it was released, Hopper’s uncompromising vision wasn’t met with audience acclaim, which resulted in his career behind the camera being all but over. Cut short by the Hollywood machine that he saw as his antithesis. Artless philistines who defined success by the bottom line.

It’s a showcase not just of Hopper’s approach to his career as a Method actor, a filmmaker, a photographer, and an artistic connoisseur. Careening through his landmark roles from Apocalypse Now to Blue Velvet, Along For The Ride never relents on its compelling portrayal of one of Hollywood’s most endearing rebels.

“I don’t need to have people to make movies about me,” says Hopper in an interview filmed circa 1970. “It’s all gonna be up there on the screen, eventually. They can see that movie.” It’s an ironic placement for a quote in a documentary about him, but it reveals just how much of Hopper could be seen in everything he put out in the world.

Along For The Ride opens in limited release on November 3rd. 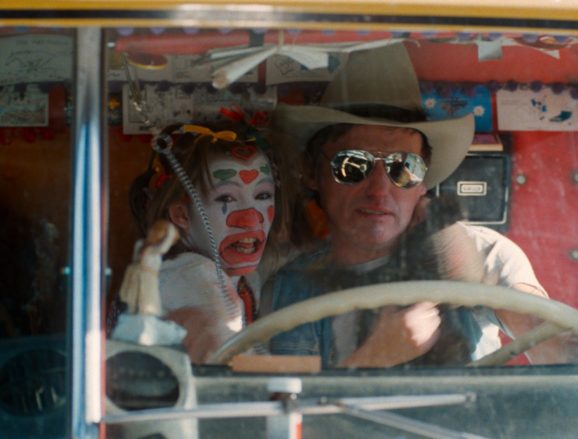