As it is with every year, 2017 was filled with great movies and awful movies; disappointments and surprises. While it would be easy to get lost remembering all that was awful with 2017 cinema, the great really shined through this year and stood as a reminder of how powerful a medium film can be. Whether through realism or fantasy, film came through in a big, big way in 2017 and left us with no limit of new classics to look back on as the years go by. These ten films obviously don’t represent all that was great about the last year in film, and unfortunately many fantastic movies just didn’t make the cut. But don’t fall for the myths that cinema is dying or that “Hollywood is out of ideas.” As these ten films—and so many others—prove, movies are doing just fine.

Masterful science fiction is a hard feat to accomplish these days. Moviegoers have just about seen everything there is to offer, and it’s hard not to feel somewhat stale. For the second year in a row, however, following last year’s Arrival, director Denis Villeneuve has managed to deliver a sci-fi epic that that not only wows with every second, but stands out as one of the best of the year. While fans were fearful that dipping back into the world of Ridley Scott’s Blade Runner would sully the impact of the original sci-fi classic, Villeneuve blew expectations out of the water, deepening the world and mythos of the original and creating a film that stands on its own as a classic.

They say to write what you know, and god bless Kumail Nanjiani and Emily Gordon for heeding that advice. The real life couple mined their own harrowing experience to craft a screenplay full of heart and hilarity, and proving that there is still room for romantic comedies in today’s cinematic landscape. Their superb writing was bolstered by phenomenal performances by Nanjiani, Ray Romano, and Holly Hunter in this tale of love succeeding against all odds. Not only is The Big Sick one of the best films of 2017, it’s also one of the best romantic comedies of century so far. Simply astonishing.

As a visionary director, Christopher Nolan has never been one to shy away from pushing cinematic boundaries. Dunkirk doesn’t just push those boundaries, it shatters them completely. Chronicling the famed Battle of Dunkirk, Nolan takes an experimental approach to the war genre, upending decades of tropes and traditions to craft a film full of raw emotion and power. Boasting a star-studded cast, Dunkirk ingeniously explores the perils of a single battle and its affects on the heart and soul of a nation. It’s a masterwork by a master craftsman, and its impact will be felt for years to come.

Depictions of poverty run the risk of feeling either inauthentic or exploitative. Not so with Sean Baker’s The Florida Project. This story of the impoverished denizens of a rundown Orlando motel manages to be reverent of its subjects as human beings while weaving a deceptively complex narrative that’s alternately heartwarming and heartbreaking. Largely featuring a cast of children and unknowns, The Florida Project is a stunning and moving cinematic experience that burrows deep into your heart and makes itself at home.

For his directorial debut, Jordan Peele took a hard left from his Key and Peele days to deliver a socially conscious thriller that’s still being talked about nearly a year later. Get Out is a brilliant work of modern horror that expertly dissects and deconstructs the conversation about race and race relations in America today. This is a rare work of horror that’s not only terrifying but important. Based on the awards season recognition this film is currently receiving, including winning Best Picture from the Online Film Critics Society, Get Out might just be a wild card heading into the Oscars.

I haven’t particularly enjoyed any film in the X-Men franchise, but James Mangold’s Logan was something special—not only within its franchise and genre, but within film itself. Hugh Jackman’s final outing as Wolverine was easily his best, and stands so far beyond everything that came before it that it’s retroactively infuriating that the series hasn’t been this good all along. While Jackman does much of the heavy lifting here, he gets more than a little help from Sir Patrick Stewart as Professor Xavier and newcomer Dafne Keen as Lara, a young mutant who needs Wolverine’s help in one final ride. Part western, part road trip drama, part family strife, Logan is a powerful example of what superhero movies can be when made with adults in mind.

Steven Spielberg’s best film in 15 years is a poignant reminder of the mission and purpose of journalism. Telling the tale of the Washington Post’s decision to publish The Pentagon Papers, The Post is a film both timely and timeless and stands shoulder to shoulder with journo-drama greats like All the President’s Men and Spotlight. It also doesn’t hurt that two of our best working performers, Tom Hanks and Meryl Streep, get to share the screen together for the first time.

The Shape of Water

Leave it to Guillermo del Toro to tell a timeless and beautiful romance about a girl and a fish man. No other mind in film could have conceived of, let alone pulled off, a story like this. Full of raw beauty and pure cinema magic, The Shape of Water is easily del Toro’s new best film—no small feat for a man who somehow manages to exceed himself with every film he makes. You’d think there’d be a limit to how deep his imagination goes, but we’ve yet to hit the boundaries of his abilities. Thank god for that.

Norway’s submission for Best Foreign Film to the Academy Awards was sadly overlooked for the shortlist, but don’t let that dissuade you. Joachim Trier’s coming of age tale is one of the most powerful and engaging films of 2017, on top of being one of the weirdest. Working from superhero origin tropes, Trier manages to weave a harrowing and heartbreaking tale of one young woman’s journey to find herself and come to terms with her sexuality. Beautifully shot, Thelma is a bold take on super powers that isn’t afraid to be different and try new things. A stunning work of horror, drama, and sci-fi that is so much more than the sum of its parts.

The superhero genre has long been a boy’s club—both on screen and behind the scenes. Wonder Woman changed that and delivered one of the year’s most exciting popcorn films all in a single go. Director Patty Jenkins expertly updates the Wonder Woman mythos, bringing new life to the heroine and introducing a new generation to the Amazonian princess. Not only is this a film of phenomenal action and excitement, it also tells a beautiful tale of perseverance and heroism in a time when we so desperately need it. Gal Gadot smashes it out of the stratosphere with her portrayal of Diana Prince and its World War I setting creates the perfect environment for contemplating the perils of war and mankind’s inhumanity. 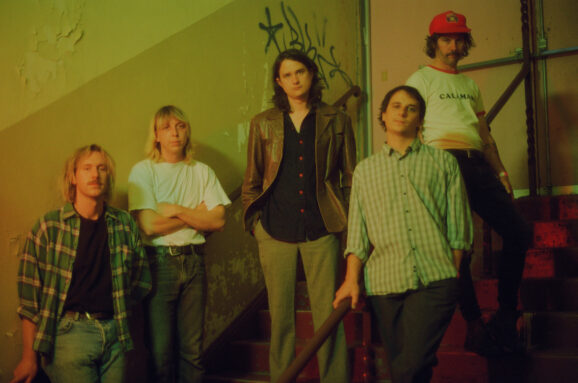