One thing you could never accuse director Paul Thomas Anderson of is being boring. Even at his worst, as seen in 2014’s Inherent Vice, Anderson’s sensibilities and style are enough to, in their own way, keep audiences engaged despite themselves.

You can call his latest film, Phantom Thread, a lot of things—slow, meandering, deliberate—but you could never call it boring, and it certainly isn’t among his worst. In terms of pure, cinematic reverie, in fact, Phantom Thread is among the best works of the director’s career, even if the narrative is, shall we say, sparse.

That isn’t to say it’s non-existent, though it often feels as such. Phantom Thread moves carefully through its bizarre love story, so carefully that, often, you don’t even realize it’s happening. And true it might be tempting to look away during the film’s myriad of slow moments, it’s still so utterly and completely captivating that it is nigh impossible to do anything but to stare transfixed at the world Anderson has created.

Serving as his own cinematographer has proven a boon to Anderson’s already distinct style. Watching Phantom Thread is a lot like watching an intricately choreographed ballet; its movements and pauses add a breathtaking air of beauty to the spectacle. Every second of the film has been considered and tooled with an impressive exactitude. This is as close as we can get to seeing inside the mind of Anderson, and it’s as astounding as you probably imagined.

Every ballet, of course, needs its prima ballerina and an auteur like Anderson could certainly do much, much worse than Daniel Day-Lewis. The dynamic duo who previously brought you one of the greatest films ever made with 2007’s There Will Be Blood have once again caught magic. Day-Lewis, who has once again declared that this will definitely and most assuredly be his final role, gives Anderson his all which, for an actor like him, is no small amount.

Day-Lewis plays dressmaker Reynolds Woodcock, an exacting and meticulous artiste who designs dresses for royalty, high society, and tastemakers in 1950s England. As an artist is he precise and particular, requiring those around him to adhere to his eccentric needs—including quiet at breakfast, broaching only certain topics at certain times of day, and maintaining appropriate space even between his love interests. He is a confirmed Bachelor For Life, using women as muses more than companions.

The trope of the tortured artist is so well-worn that it’s hard to take seriously anymore, but Day-Lewis is the kind of talent that brings new dimensions to even the most familiar. While never as electric as Daniel Plainview in There Will Be Blood, Reynolds Woodcock is a captivating and original character given incredible life by his portrayer. Even when Day-Lewis is working his roles are so few and far between that it feels like he’s left us for good, but if this is truly his last role then he’s given us something to remember him by.

While no one has ever accused anyone of upstaging Day-Lewis, that’s not an unfair charge to levy at his co-star, Vicky Krieps. Going toe to toe with an actor like Day-Lewis would be intimidating for anyone, but Krieps not only goes the distance, she occasionally carries her partner. She is, simply, mesmerizing as Alma, Woodcock’s latest love interest/muse. She is the immovable object to Day-Lewis’s unstoppable force, and while their collisions are often (though not always) subtle they are magnificent to behold.

Alma is another trope to Woodcock’s tortured genius: the regular girl plucked from obscurity. She a waitress, he a customer. His infatuation is immediate and he moves in quickly, asking her to dinner before she even serves him his breakfast. From there she is brought into the lavish world of the House of Woodcock, made a model and his Number One Gal.

Though presumably romantic, theirs is a relationship at odds almost immediately. Woodcock’s aloof distance does not mesh well with her perceptions of great romance, and the tension is palpable. Krieps portrays the burning passions of Alma with smoldering intensity that only rarely erupts into full on inferno. Hers is a stubborn patience, which finds Alma biding her time to strike back at Woodcock’s abusive nature at just the right time in just the right places.

Narratively, this is a modern take on drama and romance, but Phantom Thread is classically cinematic. Both Day-Lewis and Krieps exude a kind of Golden Age vibe in their performances, meshing well with Anderson’s overall sensibilities. Anyone who might be worried about the death of acting with Day-Lewis’s retirement should rest easy. Phantom Thread might be a coda for the actor, but for his co-star it’s an overture.

While many audiences may have a hard time connecting with Phantom Thread—it’s a challenging, slow burn of a film whose mysteries aren’t necessarily accessible to casual viewers—fans of Anderson will find plenty to adore in the auteur’s latest work. Filled with beauty, subtlety, and grace, Phantom Thread will gently pull at your strings and leave you an unraveled mess. This is top notch Anderson, top notch Day-Lewis, and, most importantly, top notch cinema. 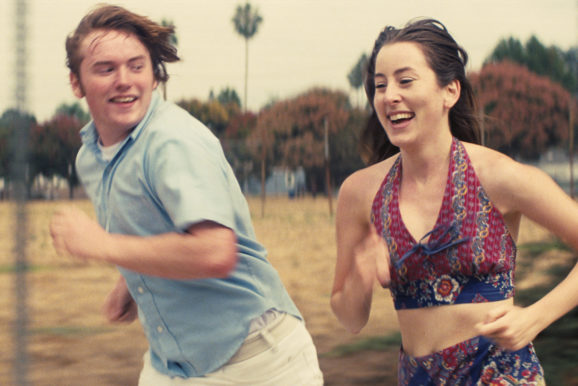