February 16, 2018 by Jim Hynes in Album Reviews, Reviews No Comments 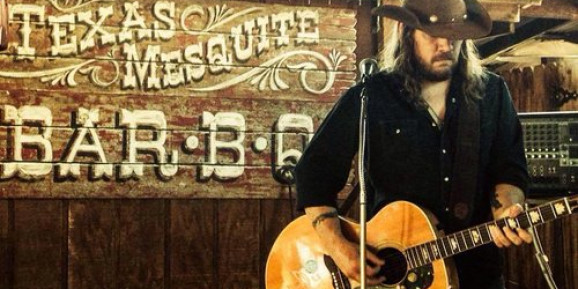 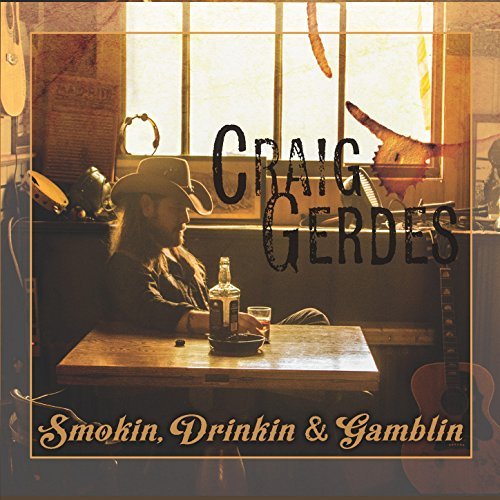 This clever line from Jamey Johnson – “You’ll find me between Jennings and Jones” is applicable not alphabetically, but musically to Craig Gerdes on his debut Smokin Drinkin & Gamblin. Gerdes echoes many of the best classic country outlaws like Haggard and Johnny Paycheck too but six of the nine tunes here are his originals. Hailing from rural Illinois, like many songwriters, he spent time in Nashville where he had a modicum of success but eventually learned that his songs were too country for the shiny, slick stuff the suits wanted to sell. Hence, he left Music Row to return to the rural life and stopped writing until recently, spending the time raising his children instead.

The catalyst for this album is an angel that Gerdes believes watches over him, the angel being his 16-year-old cousin who was killed in a car wreck. His father’s love of George Jones, Merle Haggard and Johnny Cash provided the foundation. In fact, Gerdes was playing in his dad’s band at age 10 and was already writing songs at age 12. To quote Gerdes directly, you’d think he was character in a vintage outlaw song. Recalling the year that he turned 16 Gerdes says, “In that same summer I totaled my car, broke my best friend’s neck, dropped out of high school, got arrested and got married.”

Many of his songs are told through the lens of a traveler. Gerdes spent many years commuting to Nashville from his rural home and got more than a few ideas by listening to the radio. One example is his murder ballad “Dead in a Box in Kentucky.” The title track is classic outlaw with the line “ramblin’ my young life away.” The closing tune “Almost to Alabama” imagines the end of the road and is his strongest vocal on the album.

Like any old school country album, the requisite cheating songs are here too. His bawdy “Learned from the Best” and cover of Johnny Paycheck’s “Slide Off your Satin Sheets” seem to fill that bill but also speak to class distinction and the countrypolitan image that Gerdes resists. More directly, he uses the riffs from Billy Joe Shaver’s “Georgia on a Fast Train” in “Redneck Sonsabitches,” a vehicle to mention Shaver’s quote to him when Gerdes found the record companies turning down his songs. Shaver said, “Son, I know just how you feel. You long haired redneck sonsabitches are not wanted here in Nashville, Tennessee.”

Gerdes proves to be a capable balladeer too with “You Saved Me From Me,” a cover and his own “Almost Takes My Mind Off You.” When you hear the first notes and Gerdes authentic outlaw voice, it takes you back to the country music of the ‘70s and ‘80s, as if you were in a bar with a cold longneck in hand. Yet, the album unfolds to a decent variety of tunes played by some of Nashville’s best session musicians. Thanks to Craig Gerdes for reminding us how country music should sound.