April 20, 2018 by Jim Hynes in Album Reviews, Reviews No Comments 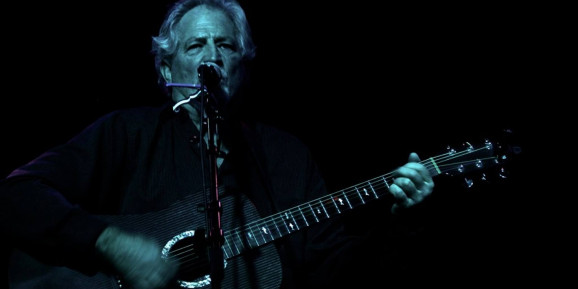 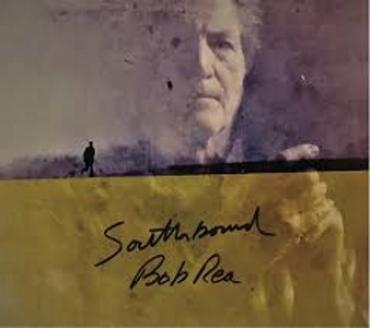 Bob Rea has been making music for 50 years, but this is only his third recording, the previous coming 7 years ago. His is a vintage style, compared by some to Johnny Cash, Guy Clark, Steve Earle, John Prine, and even Leonard Cohen. Let’s just say he has lyrical elements of each. On Southbound Rea proves to be a formidable wordsmith. His weathered voice and gift for melody somehow makes his material seem familiar even though he’s a new voice for most of us.

Rea hails from southwest Colorado and currently resides in Nashville. Although he began writing songs as a teenager, he was sidetracked by hands-on work as a cattle rancher, log home builder, and when time permitted, bar band musician. In this album of well-crafted songs, there are several that especially stand out. The last three songs – “Lonely is Lonely,” “Fish Can’t Fly,” and “A Place in Your Heart”speaks to breakup, renewal and memory as raw and honestly as any on those subjects.

Rea grew up during the Vietnam era and his song “Vietnam” captures a prevailing point of view shared by Rea and his friends as well as any on this topic, the luck of the draft number – “He went. I stayed.”  Rea comments, “That’s my era, when I was a kid. I was trying to explain to my co-writer Kate Graves, how messed up and normal at the same time things seemed then. I just started to remember things that happened to me or my friends and we ended up with this song. But people, as Americans will do, we just lived with it…made the best of it. It affects us still.” That last line could also just as easily be applied to the way many of us feel today in troubled America today. Rea captures that in the banjo-driven “Soldier On” with its chorus ‘march between the lines of right and wrong.

Not all the material is somber though. “Screw Cincinnati” seems to bear John Prine’s witty imprint. The pulsating, steel inflected “The Highway Never Cries” carries a groove that will stay in your head for days. “Wanna Do” and “The Law” are lyrical gems. The latter was written almost 20 years ago, received a nomination for Song of the Year but gets a new treatment here. Basically, he’s saying the law of decency is gone so it’s time to break the law before it breaks you. Finally, the title track which seems to be a typical train song becomes much more thought-provoking for Rea.  “Southbound can mean a lot of things -from going on vacation to running from the law or falling for a mythical Goddess like the girl in the song. In the end no matter whether you are building log homes in the mountains or writing songs in Nashville, daylight’s burning and ultimately you’re Southbound,” says Rea.

Rea uses seven different co-writers, two of them twice, and penned three of the 13 himself.  His backing band includes steel and dobro player Mike Daly and his son, Steve Daly, who plays guitars and produced the album. It’s a rootsy sound replete with background vocalists in places and a vibe that ranges from honky-tonk to downright spooky, depending on the track. Songwriting is rarely this good.