Metric Returns In June With Synthetica

Metric is set to release their fifth, full-length studio album Synthetica on June 12, 2012. Synthetica will be self-released globally on the band’s own label (MMI), through a collection of joint venture partnerships and enhanced distribution deals with companies including Mom + Pop Music in the USA, ATC Management in the UK, PIAS for continental Europe, Asia and Africa, Universal Music in Canada, Arts & Crafts in Mexico, Lab 344 in South America and Create/Control for Australia & New Zealand.

Titles for the 11 songs that make up the album are available now and noted in sequence below. Lead single "Youth Without Youth" will be released digitally throughout North America on May 1st.

Strong beats and futuristic, yet organic sounds propell this new album forward. The first sound you hear on Synthetica‘s lead track, "Artificial Nocturne" is a pulsating, grimy throb. It returns as the anchor on gut-wrenching meditation "Dreams So Real," as well as hypnotic morality twister and album closer, "Nothing But Time."  According to Shaw, "That sound is the foundation of the album. Oddly enough, it’s actually not a synthesizer. It’s a ’60s organ played through a homemade pedal dreamed up by a local wizard who posted an ad on Craiglist. Together they set the emotional tone for the whole record." In all, fans can expect a powerful, catchy, and lyrically captivating new album from the band.

The gorgeous album art by Toronto-based photographer/designer Justin Broadbent, depicting an inverted window in an upside-down world, is a fitting cover image to capture the complexity of the music within. "We wanted the artwork for Synthetica to be thought provoking and a little disorienting, an optical illusion which asks you to stop for a moment and consider what you are looking at," says lead singer Emily Haines. "We were very influenced by images from the Radical architecture movement of the 1960s, and Justin’s representation of the natural world seen through a physically impossible window – or is it a stage? –  struck us immediately as the right cover for this album."

While fans will have to wait another 2 months before they can hear the whole album, effective immediately they can experience Reflections of Synthetica exclusively at www.ilovemetric.com. 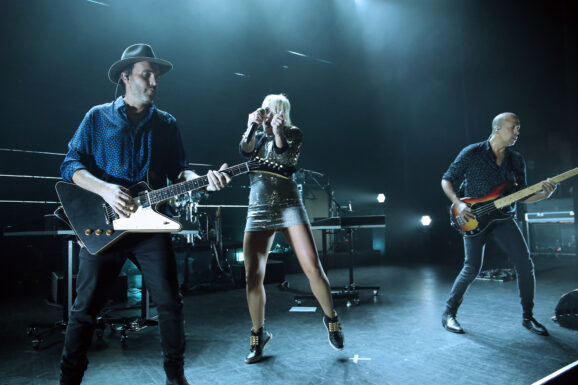 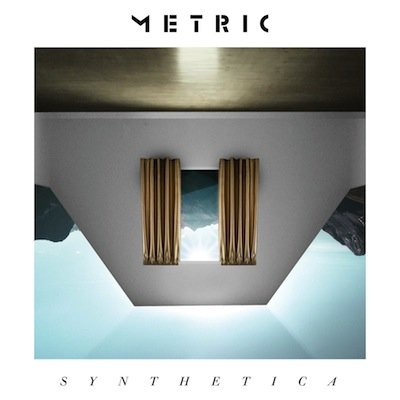