Brian Huskey Talks Getting Weirder For The Return Of ‘Mr. Neighbor’s House’ (INTERVIEW)

Part lighthearted children’s show parody, and part psychological terror, Mr. Neighbor’s House made quite the impression when the one-shot special premiered on Adult Swim back in December of 2016. For the uninitiated, think of it as Too Many Cooks meets Mr. Roger’s Neighborhood, but packaged in an increasingly dark, unsettling aesthetic. Now, creator, writer, and star Brian Huskey is plunging even further into the darkness with Mr. Neighbor’s House 2, which will be unleashed on the world today.

Prior to the release of the sequel to Mr. Neighbor’s House, we got the chance to talk to Huskey about what it was like making a show with his longtime friends and collaborators, including Rob Corddry, Jesse Falcon, and Jason Mantzoukas, and how to know when something was too weird, or maybe not quite weird enough.

So, let’s cut right to the chase: What kind of fever dream were you having when you conceived of Mr. Neighbor’s House in the first place?

I think I’d eaten a bunch of out-of-date sausages the night before, and some chocolate milkshakes. So it was that convergence of rotten dairy and meat, which often times opens up a hallucinogenic process. [Laughs]

No, we had our approach. We wanted to play with what one person’s mental reality might be, and something that tickled us was the juxtaposition of a kids’ show brought up against a David Lynch surreal menace. So, the starting point was, ‘This is amusing to us, let’s see where this goes.’

Then, once we had that model in place, it was, like, ‘Here we go, time to get crazy!’ But, we wanted to get crazy within certain world-building rules that we had for ourselves, so we weren’t just like ‘Anything can happen here!’

How far ahead had you been planning the second installment after you’d started putting the first one together?

During the first one, we [thought] ‘It’d be cool if we stepped outside of what Mr. Neighbor’s TV world might be.’ So, that was something we wanted to play with. Then, when we did the first one, we didn’t know if we’d get to do a second one, so we reveal a little bit more than we initially wanted to, and once we revealed that, we felt that the second one, if we just did another ‘episode’ of Mr. Neighbor’s House, it would just be a lateral move.

We all come from the improv world, where heightening is very important, a progression of finding what’s funnier than the last thing you set up for the audience. So, we wanted to do that for ourselves, just to make it more challenging and fun to write, and end up with a better product. We hope! TBD, America.

Do you just go straight to Adult Swim with these kinds of ideas? Did you know that’s where you wanted Mr. Neighbor’s House to live, or had you considered just filming it out-of-pocket and setting it free in the wilds of YouTube or something like that?

Well, it gets very dark, and some people might get turned off by it. But in the shooting, and then the editing, Bill Benz, our director, definitely teased out a lot of the uncomfortable menace and psychological horror of it than our perspective of writers and performers could envision. Like, ‘Whoa, that’s really cool, [and] much more intense than I would’ve pictured it,’ which is great.

Going back to the Adult Swim thing, we wrote the script and got it to them. ‘Here’s what we want to do, just wanna make sure you’re cool with it,’ and Mike Lazlso, who’s the creative head there, he [gave us] pretty much full permission to do whatever we want. And if he thinks there’s some feedback he can give that’d help it, he’ll give it. Honestly, his only feedback of the script was, ‘Well, just make sure it’s funny sometimes.’

When we were shooting it, we came up with things on the day, in the moment, that we hadn’t scripted. Which is really great, because there’s definitely a few times that it felt like things were in the long-run of intense stuff, and we’d just find something funny within the scene and play with that. We’ve all been friends for 20 years, so we know what we’re capable of.

On that note, when you’re working with guys like Rob Corddry and Jason Mantzoukas, were there moments where you wonder if everyone’s pushing the envelope too far, even for a concept that’s already as ‘out there’ as this one?

I think I was the one who, being the face of it, or the center of it, and I showran it, too, I was so close to it sometimes that I couldn’t get perspective, so I was definitely the one who sometimes was like, ‘Is this too much? I don’t know. I’m not comfortable with this.’ And they would give an uncomfortable laugh and say ‘No, no, I think this is good how crazy it is.’ It would kind of pull me back.

But we would definitely take turns. There were things that were thrown out in the writing process. ‘No, that’s too much, that’s too mean, that’s not specific to, you know, what the story is.’ We were writing the story of this guy, Jim Neighbor, and what he’s dealing with, and be very faithful to what that would be like, if we were writing a psychological horror, or a drama, or something. And then, we’re gonna layer over all these other genre approaches, and what’s funny about those, or what’s funny about this character in this circumstance.

So, as with any writing, everybody takes turns swinging too wide, or picking up an idea that’s too much, but there’s a part of it that’s cool.

I think I just didn’t answer your question directly, but took a long time to get to this point where I say ‘So there’s that…’

Well, I think it speaks to the level of rapport and trust you have with those you’re collaborating with in regards to their respective comedic instincts. Also, I don’t feel like you didn’t answer the question, for what that’s worth.

And I feel like we took enough risks that we knew we probably weren’t gonna nail it the first time around when we wrote it. We were trying to come at an idea, we gave ourselves permission to take a while to chip away at it. We also had the luxury of having kind of a long time to write it. It’s not like we were writing for network TV where you have to get eight scripts ready in a week.

Not to get too specific with this second installment, but in addition to the added layers of dark humor, which we’ve talked about, there’s just a lot more happening. Were there ever moments where you’d clash about what should end up on the page?

Oh, yeah. Completely. There were a few times when we were writing and [we’d] be, like, ‘Oh, yeah, this could happen- NO, that can’t happen because as weird as what we’re doing, it wouldn’t make sense to go into this territory.’ That just wouldn’t happen. He hasn’t dealt with this issue, or that isn’t relevant with what we’re trying to do.

Basically, the big challenge for us was unfolding, for the audience, what Jim Neighbor is truly dealing. That was the thing that kept us on point. And then there’s a great freedom we gave ourselves in building the world: the question of reality. Whose reality it is, and whether there is a reality. It was a ton of freedom. It gave us permission to invert an idea.

And sometimes it would be, like, ‘Wait, I don’t know where we are exactly.’ Anytime we felt like we didn’t know where we were, we would try and ground it back to were we could answer it for ourselves.

Oh, I completely have it in the chamber, ready to go. If they say, ‘Hey, you wanna do another one?’ I’ll go YES!

The level of desperation I have to want to do a third one is… is there. And, I will say, with complete confidence, the ideas that we’re talking about now, could change completely. But at least we have a jumping off point.

So, I guess I should mention, if Adult Swim happens to read this, just know that it would complete my happiness and my existence if I got to. If not, it’s cool. I’ll rebound and probably, you know, give up.

Well, if it helps, I’ll tag them in the tweet to try and draw their attention for you.

It’s strange the magic that happens on Twitter. It can make worlds collide.

It’s true! In both good and bad ways. Well, now I’m getting too political.

You can check out the second installment of Mr. Neighbor’s House right now on AdultSwim.com 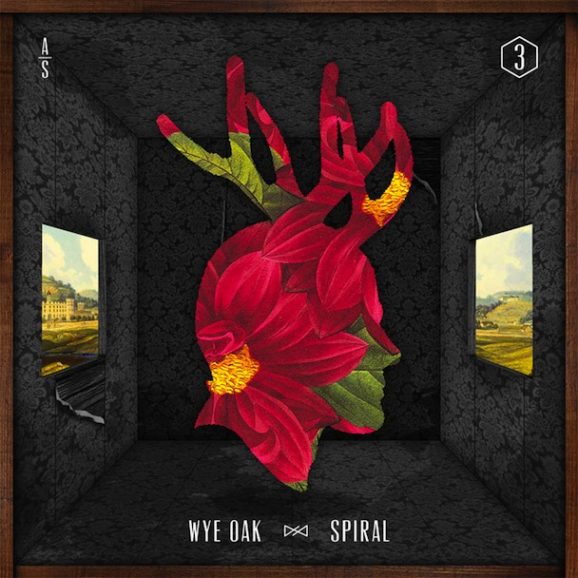 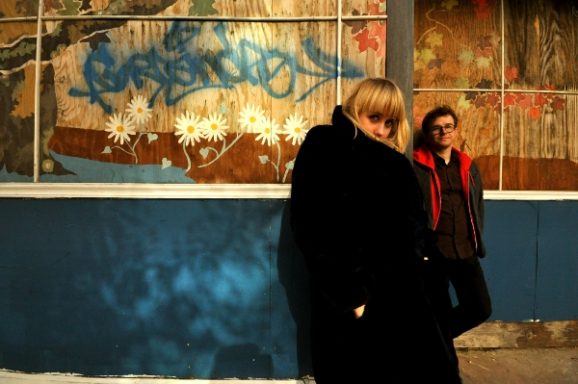 Wye Oak Head Out With Dirty Projectors This Summer