August 10, 2018 by Jim Hynes in Album Reviews, Reviews No Comments 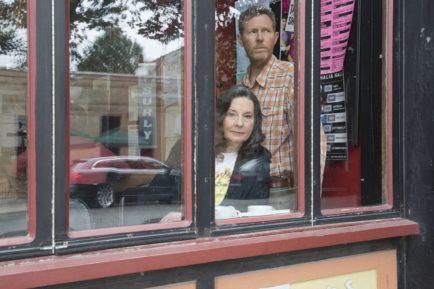 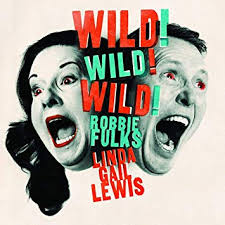 One look at that headline and you’re probably thinking you’ve seen these Linda Gail Lewis collaborations before, most famously with 2000’s You Win Again with Van Morrison. That one undoubtedly helped Lewis but was met with mixed reactions at best from Van Morrison fans. Don’t let that dissuade you, however.  Wild, Wild, Wild with Robbie Fulks is more consistent, livelier, rowdier, and just more fun.

Twice Grammy-nominated Fulks is a terrific songwriter, producer and musicologist. His vocals have a nasally twang, not unlike Jim Lauderdale, well-suited for country tunes. This album could as easily be from the mid-‘50s with its boogie-woogie, rockabilly, jump swing, and hints of gospel. It’s the intersection of the Grand ‘Ol Opry and Sun Records. Somehow, though, it doesn’t feel retro; it just feels good.

This collaboration has been about ten years in the making, although Fulks has played on a Lewis album in the interim. He comments, “It’s a great opportunity to get to write for other people, especially people I admire, people with interesting life stories. Linda’s story is beyond interesting.  As the first line of ‘Round Too Long’ goes: ‘I’m the sister of a hellraiser, the daughter of an old tomcat/I was playin’ the piano in a honky-tonk before you bragged about that.’ I could never sing that song myself, obviously. Hanging out socially with Elvis and the first-generation white rock-and-rollers, married and divorced three times as a teenager, working with Jerry’s insane entourage, performing such physically demanding music for so many decades – what a survivor she is. And what a joyful outlook she survived with.”

Fulks continues by saying that they went into the studio without any rehearsals, tried things three or four times, and just worked spontaneously, counting on their chemistry to pull it off. Chicago-based Fulks called on some of the city’s best roots musicians to form the core band.  Drummer/pianist/engineer Alex Hall, guitarist/keyboardist Scott Ligon, and bassist Casey McDonough are all member of the roots/jazz pop vocal supergroup The Flat Five. Ligon and McDonough are members of NRBQ and Hall plays in several Chicago bands. In addition, country luminaries Tommy Detamore (pedal steel) and Redd Volkaert (guitar) contribute along with several guests.

The signature piano pounding of Lewis fuels “Round Too Long,” “Boogie-Woogie Country Girl,” and the title track. “It Came from the South,” co-written by former NRBQ guitarist Al Anderson is played by its current one, Ligon, as it speaks to the origins of rock n’ roll.  One of the disc’s standout tracks is “Memphis Never Falls From Style,” as if features some jazz elders, notably Eric Schneider on the clarinet solo. Schneider played with Count Base and Earl Hines in his storied career. The Fulks penned “Till Death” features Lewis on lead vocal fronting four twangy guitars. “On the Jericho Road” is a Sunday song that Linda and Jerry Lee sang together as children, rendered here in acoustic restraint. The intense closer, “Hardluck, Louisiana,” is perhaps the signature showcase tune for both Lewis’ piano and vocal.

Fulks weighs in with his own arsenal of tunes.  He takes the lead vocal on “Foolmaker,” abetted by a Stax-sounding back-up from two singers. He channels a classic country sound in “That’s Why They Call It Temptation” and the engaging “I Just Lived a Country Song.” The standard “Your Red Wagon” is a duet, bolstered by Ligon’s B3 while the Don Gibson hit, “Who Cares,” spotlights twang master guitarist Redd Volkaert

This album just crackles with energy, clarity, and unabashed enthusiasm. Fulks clearly brings out the best in Linda Gail Lewis, making this is one of the year’s strongest Americana albums.