Affairs of State is packaged so crisply that it seems like it was pressed along with its characters pristine white shirts. The political thriller from director Eric Bross from a script by Tom Cuworth leans heavy into all the trash-friendly tropes that made House of Cards a hit, mixed with a little bit of The Secret of My Success for good measure.

From the opening sequence, we’re thrown headfirst into the world of Michael Lawson (David Corenswet), a DC aide with ambitions to end up in Congress — or higher. Plotting his meteoric rise, he low-key forces his way into the campaign of Senator Baine (David James Elliot) through his advisor Rob Reynolds (Adrian Grenier).

Baine represents everything Michael is fundamentally opposed to, both politically and morally, but he sees his campaign as a stepping stone for his ultimate political goals. Goals that, if achieved, he can right all the wrongs he does, and actually improve the lives of the people he serves.

Of course, this idealism is at odds with everything Rob Reynolds stands for. When Grenier’s character is first introduced, in fact, he’s stepping out of a limousine in slow motion, while Michael narrates the moment. He describes him with lines like “His tactics: questioned. His resolve: feared.”

Presented as a steely-eyed political fixer, Rob wears a stubbly beard to disguise the scar on the left side of his face. He’s meant to be an imposing figure. On screen, Grenier doesn’t quite have the gravitas to pull it off.

Speaking of Michael’s entirely unnecessary narration, it comes and goes throughout the film, occasionally popping up to describe minute details with an almost compulsive necessity. The film’s dialogue, meanwhile, sounds like a cut-and-paste job from a miso-mash of similarly generic thrillers. Even attempts at humor, like those he has with his old college buddy-turned-political journalist, include this gem: “I want a rim job from Ann Coulter, but that doesn’t mean it’s gonna happen.”

Some hackneyed dialogue aside, Bross does helm Affairs of State with a clear vision in mind. However, the movie never quite makes itself feel as compelling or shocking as it assumes it is. It’s mostly a hodgepodge of murders, affairs, double-crossings, all masked by increasingly desperate political aspiration.

It’s a middle-of-the-road movie with its eyes on the horizon. Despite Bross trying his best to add poignance and depth, Affairs of State never quite gets there.

Affairs of the State is available on DVD, Blu-Ray, and VOD now 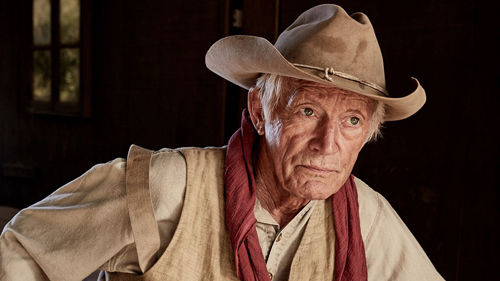