The opening sequence of Bad Times at the El Royale follows a lone man (Nick Offerman) as he checks into a seedy hotel room. Once inside, he rolls away the carpet and tears up the floorboards to hide a bag beneath before covering it back up again. After it’s done, he stands out in the rain to cleanse himself, before returning to his room.

Suddenly, there’s a knock on the door. We don’t see who’s on the other side, but it’s someone this man trusts. He pays for that trust when he takes a shotgun blast to his back, leaving him dead on the floor.

It’s a hell of an opening to writer/director Drew Goddard’s latest, which is at once a love-letter to vintage film noir, an nod to the Nixon-era paranoia in the midst of the Cold War, and a spiritual successor to his 2012 meta-horror film Cabin in the Woods.

Whereas Cabin in the Woods also took place at a remote locale, only to have its occupants slowly realize things aren’t what they seem, Bad Times starts in a similar way. Early on, one of the seven guests starts meticulously removing audio bugs from their hotel suite. Why are these bugs there? Who planted them? What do they want?

Cabin delved head first into questions like these. In Bad Times, ere Goddard opts to let the mystery be, never letting the narrative veer too far from the hotel lobby — save for a few flashbacks here and there.

Instead, Bad Times traps you inside the border-straddling El Royale Hotel with its seven principle characters, slowly revealing their individual motives, leaving you to guess which character we’re supposed to root for. It never reaches for the same meta heights that Cabin did, and it doesn’t need to. Instead, Goddard relies solely on the strength of his actors, and his seductive camera work to pull you into his latest creation.

Still, like all great film noirs, there’s no shortage of twists, which keep coming right up until the film’s wildly unpredictable finale. Some will elicit gasps, others cheers, and all keep you from getting too comfortable with any of the film’s assorted miscreants.

Throughout the film, it seems that Darlene is the one character that’s truly in over her head, yet she asserts her place in the pantheon of guests with a steady, unyielding ferocity. Even when coming face-to-face with cult leader Billy Lee (Chris Hemsworth), she doesn’t so much as flinch when her life is on the line.

Bad Times at the El Royale is a scattered, bloody, twisty-turny piece of cinematic pulp, one that manages to keep your eyes glued to the screen, even as it pushes a two-and-a-half hour runtime. It doesn’t necessarily break any new ground, but it’s nonetheless one hell of a good time.

Bad Times at the El Royale is in theaters now 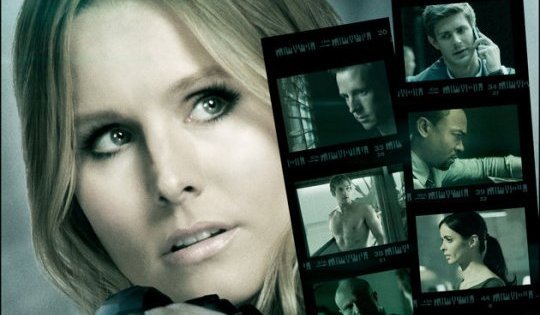