The road to Ash vs. Evil Dead was long and circuitous. For decades, fans clamored for more from Sam Raimi’s wise-crackin, boomstick wieldin’, Deadite slayin’ layabout, Ash Williams (Bruce Campbell). Previously seen last in 1992’s Army of Darkness, it seemed as though the world would just have to go one without anymore from either Ash or Evil Dead.

I guess that isn’t shocking. Somethings, more than others, are very specifically Of Their Era, and Evil Dead, as much as it lives in on dorm rooms and midnight showings across this great land, is pretty goddamn specifically of its era. Ideas were tossed around, sure. Even the Evil Dead remake from director Fede Alvarez spurred talk of a new Ash outing (no doubt fueled by the post-credits Easter egg) wherein Ash would crossover into the world of the reboot. And still nothing.

Hope was lost, or so it seemed. I guess what no one ever expected or counted on was the nichification of television. Peak TV means risks are rewarded, and audiences can be found for just about any show any network wants to throw out. This outburst of creativity has led to some fine developments for the medium, and it proved to foster just the right conditions to allow Ash to rise once again.

Though it ran for just three seasons on Showtime, Ash vs. Evil Dead proved that the lightning caught by Raimi’s bottle wasn’t stuck in the 80s or 90s. Nor was it constrained by low budget ethos that made Evil Dead and Evil Dead 2 such cult favorites. Ash Williams could belong to any generation, and could thrive in any period.

Well, narratively at least. Part of the crux that moves Ash vs. Evil Dead through its three seasons is the fact that our hero is emotionally stunted by his time in that fateful cabin in the woods. Scarred, he’s the epitome of the man child, perpetually stuck in his youth and able to get over the horrific trauma that befell him all those decades ago, who finally finds his purpose again as the Deadites begin their final assault on our domain.

The three season run, which you can own now for your home collection, is a pitch perfect follow up to Raimi’s original vision and an absolute must own for fans of the franchise. The 30 episodes of the series don’t just make for a good follow up, they’re a fantastic capstone to a franchise that has been a sort of rite of passage for film geeks for generations.

As seen in the many special features offered in the set, great pains were gone to in an effort to make Ash vs Evil Dead not just stand up to its predecessors but stand out from the crowd. Each disc of the 6-disc set is loaded with featurettes, interviews, and commentary that show you the incredible work that went into recreating the world of Evil Dead and bringing it into a new generation with new standards.

Though its run was short, Ash vs Evil Dead did what it needed to do and brought the Evil Dead series to the close it needed. Campbell has gone on record stating that he’s done with the character of Ash Williams, but at this point who can blame him? With three movies and series under his belt, he brought this character and this franchise to the close it needed with the reverence it deserves. That alone is reason enough to add it to your collection and relive the gory glory as often as you can.

Ash vs Evil Dead: The Complete Collection is now available to own Blu-ray and digital. 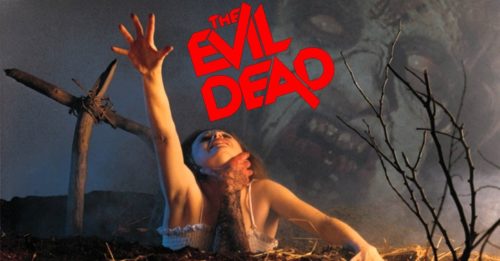 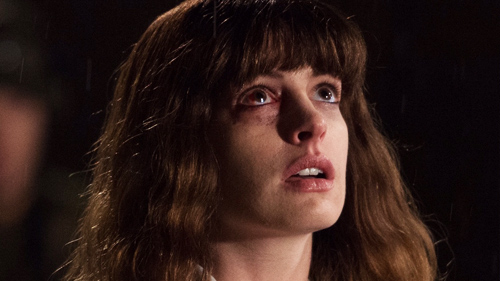 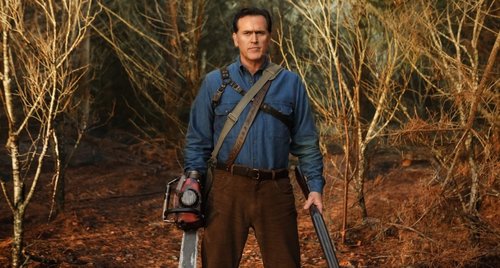 ‘Ash vs Evil Dead’ Brings it Back Home (TV REVIEW)