Amazon’s Beautiful Boy is one of those movies you’re supposed to like. It’s heartfelt, emotional without being challenging, and well-acted without being melodramatic. Overall, it’s incredibly an well-crafted, well-cast, all that, but goddamnit is it a slog to get through.

It flirts with non-linear storytelling, opening on Steve Carell’s Very Concerned Dad asking questions about narcotics addictions. The doctor he’s talking to assumes he’s being interviewed by VCD, because he’s a freelance writer. After they get that misunderstanding sorted out, the movie backs up and starts telling the story of Very Addicted Son, played by shaggy-haired wunderkind Timothy Chalamet.

Sure, every parent out there will immediately identify with the willingness to do anything, to put everything on the line, but the extent that he does so is nothing short of frustrating. Particularly because apparently his freelance gig, as well as his new wife’s job as a painter (based on the fact she’s seen painting in 85% of her scenes), not only affords them an opulent home nestled in the woods outside San Francisco, but allows for a ‘spare no expense’ approach in terms of curing the kid’s addiction.

Therein lies the inherent problem with Beautiful Boy. Despite its exceptional competence in the heartstrings-tugging department, yet another story about a well-off white kid who stumbles into the world of drug addiction just isn’t that interesting of a story.

Sure, you can dress it up, film it eloquently, and have two of some of the best working actors today knock their respective performances out of the park, (all of which is the case) but it never shakes the burden of the entitlement of being able to afford addiction, and the treatment, and having a freelance job so the Very Concerned Dad can be anywhere at anytime without worrying about losing the income that affords him these luxuries.

It doesn’t help matters that they make Very Addicted Son an aspiring writer himself. I mean, for crying out loud, I can speak from years of experience when I say that just because some of us write interesting things, most of us are fundamentally not interesting. Enough with this trope.

Anyway, it could have been worse. It could have ended with Chalamet’s Very Addicted Son turning to the camera and saying “This was my brain on drugs. Any questions,” followed by a little twinkle in his eye added digitally in post — but it didn’t.

Wait, would that have made it worse? Now I’m actually not sure.

Beautiful Boy is in theaters everywhere this weekend. 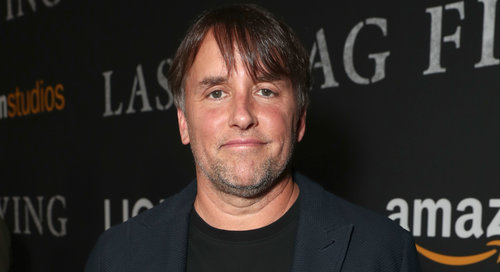