One of the greatest experiences you can have as a film lover is the way a film can surprise you. I don’t just mean with a shocking twist or by seeing an actor reach new levels of skill of which you never believed them capable—although, yes, these are great, too. Sometimes a film creeps into your field of perception that you had no hopes or expectations for, and it stuns you with how good it is. Paul Feig’s A Simple Favor hit the screens this fall with an unassuming push. It looked cute, at best, but nothing more. It was, however, the surprise of 2018.

Belied by its modest box office returns ($53.5 million domestic, with an additional $41.2 million international), Feig crafted a delicious take on the thriller genre, subverting expectations for tone in his delightful who/how/whydunnit. It was hard not to fall under Feig’s spell, who, along with stars Anna Kendrick and Blake Lively, crafted one of the most charming comedies in years.

Out today on Blu-ray, A Simple Favor is a movie worth visiting and revisiting. Its rather straightforward tale of deceit and malfeasance is bolstered by Feig’s indelible touch as a filmmaker, with its stunning costume and set design and shockingly vibrant cinematography. It’s the kind of film that Feig has been threatening to make his entire career, and now that we’ve seen just what he’s capable of it’s hard not to be left wanting more.

Stephanie Smothers (Kendrick) is a stay-at-home mommy with a fledgling vlog. A widow, she does her best to stay supportive of her elementary school aged son, Miles (Joshua Satine), often annoying the other parents with her gung ho enthusiasm. Soon she meets the enigmatic Emily (Lively), a high-powered PR executive and polar opposite of Stephanie. She drinks, she smokes, she curses, she fucks. The two forge a fast, if unlikely, friendship that opens Stephanie’s world. Soon, however, Emily goes missing, and Stephanie finds a new path as she attempts to solve the mystery of her friend’s disappearance.

Stephanie’s unlikely turn to amateur sleuth is great fun to watch—so much so, that it’s not hard to imagine A Simple Favor turning into a series. It’s a great premise, for sure. She’s the kind of mom that other parents might scoff at (indeed, Feig utilizes a Greek chorus of snarky parents to great effect here) and her mousy demeanor makes her ripe for underestimation. Hers is a tale, ultimately, of empowerment as she grows from unassuming and perhaps too obsessed mom into a confident, self-actualized individual.

Kendrick shines in her best role, though she’s equally matched by Lively, who has mastered the role of sultry villainous better, perhaps, than anyone thought possible. Their dynamic is a blast and being able to see that again is reason enough to bring A Simple Favor home. The film stands up well with multiple rewatches, with Feig’s subtle foreshadowing becoming more apparent with each go around. There’s also that madcap French soundtrack that needs a vinyl release, like, yesterday.

The Blu-ray is also loaded with special features that take you deep inside the film and the creative minds behind it. It features three commentary tracks—one with Feig, one with Feig, Kendrick and Lively, and one with Feig and his production designers and costumers—as well as multiple featurettes and a gag reel. If you missed A Simple Favor the first time, the Blu-ray release is a great way to experience it in all its delicious glory.

A Simple Favor is now available on Blu-ray. See our original review here. 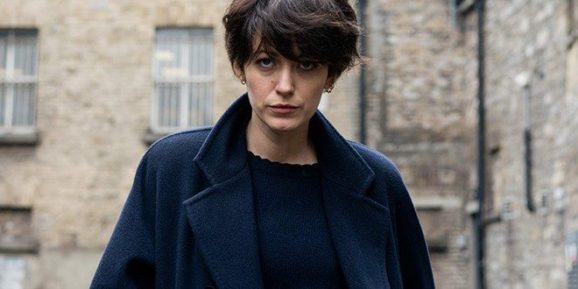 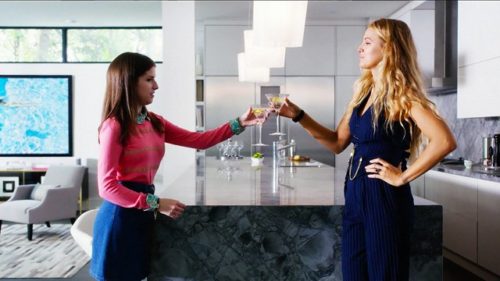 ‘A Simple Favor’ is a Shocking Delight (FILM REVIEW) 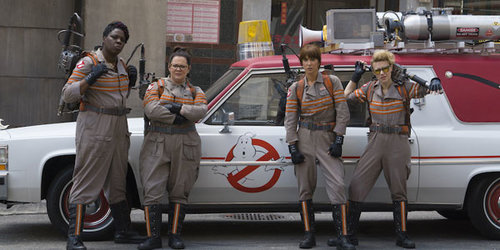