2019 Movie Preview: 20 Movies to Get Excited About

Split surprised everyone as both a return to form for director M. Night Shyamalan and as a sequel to his best film to date, Unbreakable. Though the sequel reveal had little bearing on the plot of Split, Glass promises to bring together the characters from both movies for an epic superhero showdown.

Marvel gave us one of 2018’s best films with Black Panther, and more than any other movie on their slate this year—even End Game—Captain Marvel looks like it might continue the trend into 2019. Brie Larson stars as the titular hero in a film set in the 90s and offering us context for that final post-credits scene in Infinity War. The trailers so far have been amazing and it looks as though the film will live up to the hype.

Jordan Peele’s follow up to 2017’s Get Out comes with the weight of a lot of expectation, but the first trailer proved that, if anything, we weren’t expecting enough from this burgeoning master.

Richard Linklater is a director who seems to oscillate between greatness (Boyhood, the Before Trilogy) and mediocrity (School of Rock) but Where’d You Go, Bernadette? looks as though it might be the surprise hit of the spring. Based on a book by Maria Semple, it follows the adventures a young girl (Emma Nelson) and her father (Billy Crudup) as they look for their mother/wife (Cate Blanchett). The first trailer looks like the film is full of the kind of sweetness and charm that’s perfect for a Spring release.

DC’s bound to get it right sometime, right? Right?!

Okay but how are they going to fix it? Who’s coming back from the dead? WHO’S GOING TO DIE THIS TIME?!

Depending on you who ask, director James Gray’s last work, The Lost City of Z, was either a mesmerizing work of cinematic genius or a masturbatory work of self-indulgence. Either read seems like it might bode well of Ad Astra, which follows a man (Brad Pitt) who travels to Neptune to find his long lost father (Tommy Lee Jones) and uncovering a vast and wide reaching mystery that threatens the prospects for human survival. If nothing else, I’m here for the genius casting of Jones and Pitt as father and son.

Godzilla: King of Monsters (May 31)

Listen, you put some giant monsters in a movie and tell me they’re gonna punch each other, and you’ve got my attention. Put four of them in there and I’m already halfway to loving it. Tell me those four are Godzilla, Mothra, Rodan, and King Ghidorah and, well, I’m ready to crown it Greatest Movie Ever Made.

Reboots of American remakes of Japanese horror franchises aren’t normally the kinds of movies that catch my attention, but the addition of director Nicolas Pesce, whose debut, The Eyes of My Mother, was a nerve-shattering take on murder-horror, is just intriguing and baffling enough to work. On the surface, I don’t see how this will work but if anyone can pull it off and surprise us at the same time, Pesce can. Here’s hoping?

Once Upon A Time In Hollywood (July 26)

Quentin Tarantino’s ninth, and supposedly penultimate, film chronicles life in 1960’s Hollywood in the lead up and aftermath of Sharon Tate’s murder by Charles Manson’s cult. The auteur has previously claimed that it’s the closest his work has gotten to Pulp Fiction, which certainly bodes well for the film. It also stars Leonardo DiCaprio, Brad Pitt, Margot Robbie, Kurt Russell, and Al Pacino. Marvel be damned, this will be the movie of the summer.

I’ll admit I wasn’t exactly a fan of the first chapter of this adaptation of a seminal Stephen King work but there’s no denying that Chapter 2 comes with a lot of hope and expectation. Even in my original review I posited that a second outing could retroactively fix a lot of my issues with the first film, which I felt didn’t delve deep enough into the horror of King’s tale (admittedly, I’m an outlier). This outing features adult versions of the Losers Club returning to Derry to face the nightmare they thought they had defeated as children. The problem with IT, ultimately, was that it was incomplete. Rounding out the story and amping up the terror could solve a lot of issues that the first film had.

Based on a comic from DC’s Vertigo line, The Kitchen is a story of three mob wives (Elizabeth Moss, Tiffany Haddish, and Melissa McCarthy) who take over Hell’s Kitchen following the imprisonment of their husbands. The film marks the first drama to be produced by Haddish’s production company and the directorial debut for screenwriter Andrea Berloff (Straight Outta Compton). There’s a lot of power behind this one, which just might make a late-summer/early-fall splash at the box office.

As much as DC hasn’t exactly given us much to hope for over the past few years—and I say that as someone who liked Man of Steel and Dawn of Justice—there’s more than enough room for intrigue this time around. Todd Phillips directs Joaquin Phoenix in a Martin Scorsese inspired take on the origin of the Clown Prince of Crime. This could go either way, but the intrigue alone is worth looking forward to. And also like…DC IS BOUND TO GET IT RIGHT AT SOME POINT, RIGHT?!

A Beautiful Day in the Neighborhood (October 18)

Tom Hanks plays Mr. Rogers in a film from Marielle Heller, the director of Diary of a Teenage Girl and Can You Ever Forgive Me?. The potential is astounding.

I’m not sure how director Rian Johnson is going to top his last movie, The Last Jedi, the greatest Star Wars movie since The Empire Strikes Back, but a return to his noir roots is definitely a good start. Billed as a kind of Agatha Christie story for the modern day, this certainly gives the filmmaker a chance to flex his auteur sensibilities that made Brick such a delight.

I’m not sure how they’re going to top The Last Jedi, the greatest Star Wars movie since The Empire Strikes Back, but bringing back J.J. Abrams to finish off the trilogy he started is definitely a good start. We know nothing yet about this final entry into the sequel trilogy—so far, not even a title has been revealed—but rest assured that the hype train is mounting and that all eyes will be on the stars (and their associated wars) throughout the year.

Did we need another adaptation of Louisa May Alcott’s classic novel? Absolutely not. Did we need another movie written and directed by Greta Gerwig following the massive success of Lady Bird? Absolutely yes. This is a bizarre choice for her to make as a filmmaker, but it does reunite her with Saoirse Ronan and Timothee Chalamet, who co-starred in her debut, and brings hot names like Emma Watson, Florence Pugh, Meryl Streep, and Laura Dern into her fold. All the ingredients are there to make this a new quintessential version of the timeless story.

Netflix is vying hard to be taken seriously as A Real Studio & Distributor, and landing the latest film from Scorsese certainly helps their case. The film also marks Joe Pesci’s first live action film appearance in almost a decade, reuniting him with his Casino and Goodfellas costar Robert De Niro in addition to reuniting De Niro with his Godfather II and Heat costar, Al Pacino. So, to recap, we’ve got Scorsese, Pesci, De Niro, and Pacino. K. Netflix might pull this off, yet.

Taika Waititi has made some bold and strange choices over the course of his career but this might be his strangest. In his latest film, based on a novel by Christine Leunens, Waititi costars as a young child’s (Roman Griffin Davis) imaginary friend and idol, Adolf Hitler. Though the child has some, um, bad ideas about race and nation, his beliefs are challenged when he discovers his mother (Scarlett Johansson) is herself sheltering a young Jewish girl (Thomasin McKenzie) from her son’s idol’s evil. 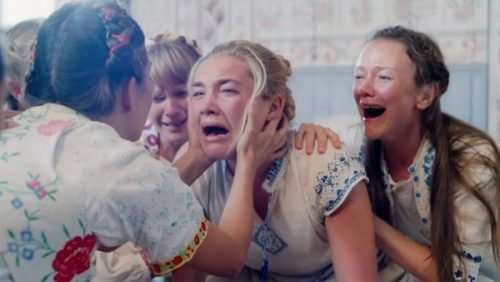 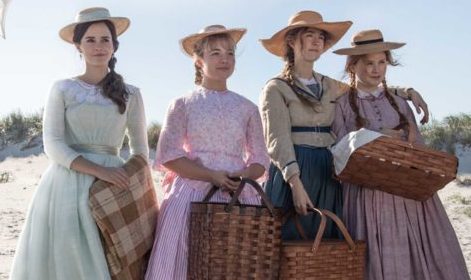