The Doors video of their 1968 Hollywood Bowl performance has been available before in various formats before, but never in so comprehensive and sophisticated a package as this. The entire concert is included here as well as bonus features that place this appearance in its proper context in terms of the culture of its times and at a crucial juncture of this iconic band’s career.

The concert piece is most noteworthy as it documents The Doors at the summit of their mainstream popularity, prior to what evolved into a contentious relationship with the public fueled by lead singer Jim Morrison’s violent ambivalence toward celebrity. Here however, the frontman is focused and poised throughout, occasionally playing with the crowd, but never at the expense of the performance which interweaves familiar material such as the bold opener “When The Music’s Over” and spoken word interludes such as “Horse Latitudes” (from the same Strange Days album) and similar content in the form of “The WASP (Texas Radio & The Big Beat)” that would go unreleased until LA Woman three years later.

The pristine audio and video contained on this DVD makes it hard to believe this is a forty-year plus old recording. In the accompanying booklet, long-time Doors engineer/producer Bruce Botnick waxes rhapsodic in his account of the recording of this July5, 1968 show and his enthusiasm might seem forced if it were not rooted in his own work as the technical expert overseeing the restoration and expansion of Live at The Bowl ’68.

Apart from the fascinating segment chronicling the painstaking, labor-of-love repair of the original 1968 recording, which due to technical glitches wasn’t suitable for public consumption in previous editions, the other bonus features on the disc are equally illuminating. A history of the venue might be superfluous were it not for The Doors’ fascination with the city of angels and that segment’s interviews with surviving Doors guitarist Robby Krieger, keyboardist Ray Manzarek and drummer John Densmore leads seamlessly into a depiction of the sequence of events by which the foursome earned sufficient cache to be worthy of a stage inhabited, not just by peers of the time including the Beatles, Hendrix and the Grateful Dead, but also jazz players such as Count Basie and Miles Davis, not to mention the Philharmonic Orchestra for which The Hollywood Bowl was the original summer home.

Additional performance clips from television appearance occurring later in the Doors history add further detail to the (d)evolution of the group. Even as the theatrical element of Morrison’s persona threatened to overshadow the distinctive musical elements of the band, there also arises a palpable disdain from the group as a whole: it’s as if they thought themselves above this medium even given their anarchic message, the latter of which descends to the lowest common denominator in the form of a music video of The Doors performing the bar-band staple of the times, "Gloria."

Nevertheless, this segment marks a fitting conclusion to a package that will be eye-opening for both those who are familiar with the expanse of the Doors history as well as those who only know the most superficial elements. 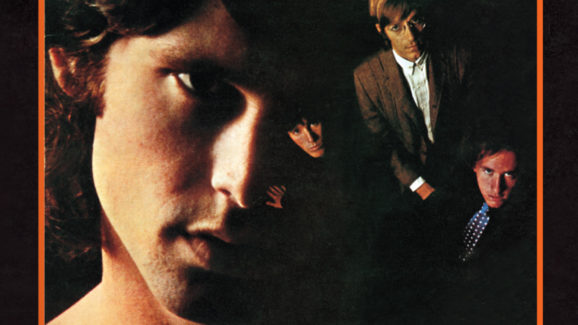