It’s been 17 years since Bad Boys last threatened to turn itself into a franchise with Bad Boys 2. A lot’s changed since then. Will Smith has seen his star power rise through the stratosphere. Martin Lawrence has fallen into the territory of also-ran. High octane action franchises like The Fast and the Furious, which took more than its share from the aesthetic and feel of Bad Boys without managing half the charm, threatened to make the Michael Bay buddy comedy obsolete.

While talk of Bad Boys 3 has been bubbling for ages, the logistics never seemed to make sense. Bay turned his attentions to Transformers. Smith became the biggest star on the planet. Lawrence was…well, I’m sure he kept busy. Delays. Production hell. Changes in directors. Everything seemed to go bad for these boys, to the point where the likelihood of a third one seemed next to nil.

And even if it wasn’t, what was the point? This was a franchise that started a quarter century ago. Movies were different then, action movies especially. Why risk the further sullying of its memory? Couldn’t we just let it stand as what it is, a relic of another time, and let that be that? Is Bad Boys For Life even a little bit necessary?

Turns out, the answer to that is, “No, but so what?” The latest film in the series does precious little to justify its existence but it never lets that stop it. It is exactly what it intended to be and it does a damn fine job at that. Fans of the original movies are in for a throwback delight as Bad Boys For Life revels in the action clichés of the 90s and leans into the madcap absurdity in ways that, while not exactly fresh, remind us what was so great about the decade in the first place.

Smith and Lawrence return to the roles of Detective Mike Lowry and Detective Marcus Burnett. Little has changed in the last 17 years; they are still the bad boys of the Miami PD. Lowry is still the well-dressed, flashy car-driving, bad ass he ever was. Burnett is the more even-keeled family man trying (and failing) to reign in his friend and partner’s worst instincts. Except now they’re older. Burnett is toying with the idea of retirement, a concept Lowry despises. While this threatens to put a rift in their relationship, a mysterious villain from Lowry’s past resurfaces, putting his life and the life of his loved ones on the line and forcing these bad boys to ride once more.

Coming in for director’s duty is the Belgian duo of Adil El Arbi and Bilall Fallah, who took over for co-writer Joe Carnahan when he was forced to drop out over delays. The duo manage to capture the over-the-top madness of their predecessor, Bay, who directed the first two films, and don’t bother to reinvent this wheel too much. Bad Boys For Life, for the most part, has the same look and feel as the other movies, even if this one is somewhat less shiny the original.

Surprisingly, that works. While the films themselves have always played towards the fantasy world of police work, there is a slightly gritty veneer on Bad Boys For Life that matches the intensity of Carnahan’s screenplay, which was co-written by Chris Bremmer and Peter Craig. The new movie ups the violence of the franchise—no small feat, considering it’s an extension of 90s shoot-em-ups—and increases the gore significantly. Necks are cut, heads are shot, villains are impaled. It is often more gruesome than you expect.

Be that as it may, Bad Boys For Life rests its laurels in the same place it always rested, on the heads of Smith and Lawrence. Their chemistry has dwindled exactly zero percent in the 17 years since last they teamed up, and the two slip back into their roles like well-fitted suits. While it’s easy to scoff at a star like Smith these days—he hasn’t exactly made great choices in roles over the last decade—his return to Mike Lowry reminds us why we fell in love with his charm in the first place. Lawrence, meanwhile, makes us wonder why he ever faded from glory.

While these characters are no doubt designed to bring in a younger crowd who might not otherwise be drawn to Bad Boys, the movie allows for a smooth integration into the team and uses them well. One can almost see the wheels of possibility in their addition—spin offs, sequels, franchise expansion. In a way, their inclusion marks a kind of reclamation for Bad Boys, reminding the lightweights at Fast and Furious that they did it first and they did it better.

Which is, ultimately, the takeaway from Bad Boys For Life. With the third entry into the series, we’re reminded of how much modern action owes to the insane action films of the 90s, as well as how good that decade was for the genre. In the end, it feels a lot like the cinematic equivalent of your favorite box of candy. You know it’s not good for you, but you can’t help but devour the whole thing in one sitting.

Bad Boys For Life is now playing in theaters everywhere. 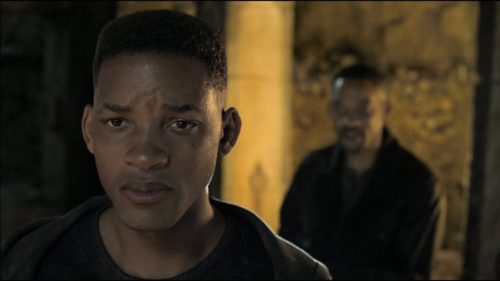 ‘Gemini Man’ is a Relic of Another Era (FILM REVIEW)