Looking back, the only conclusion that can be reached is that Better Call Saul’s fifth season was its best to date. The tone and tenor of the series, which has long been perfected, was refined in new, magnificent ways throughout this penultimate season. Vince Gilligan and Peter Gould have brought new levels of mastery into their understanding of narrative subtlety, resulting in one of the most perfect seasons of television ever before aired.

The exacting, meticulous ways which this duo build their series boggle the mind. If we think back to where we were at the beginning of this fifth season and compare it to where we are now, it’s difficult to understand. In just ten episodes, we went from Jimmy McGill getting back his license to Jimmy McGill and his wife (!!!!) hiding out from the cartel in a luxury hotel. We’re so distant from where we were that it’s hard to fathom how we got here.

We got here, of course, because a thousand tiny steps tend to add up to something massive. Better Call Saul has always been more about the bigger picture arc than it was any specific sub-arc, with each season showing us another piece to the tragic puzzle that turns relatively sweet and nice Jimmy McGill into the obnoxious and corrupt Saul Goodman. This season’s piece? Hubris.

And so the finale found our Jimmy dealing with the fallout of his hubris, and largely failing to learn his lesson in the process. Following the confrontation with Lalo in “Bad Choice Road,” he and Kim abscond to a hotel to hide out from any potential cartel retribution. Even that is indicative of his hubris. As Kim put it, “I was expecting a Motel 6 or the nail salon.” 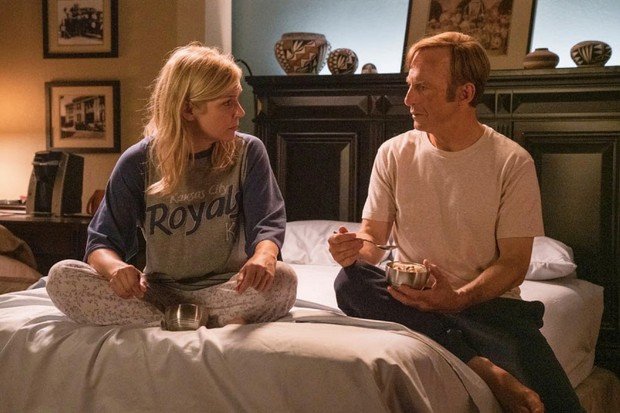 He reasons that more people around them makes them safer, but it’s hard not to see that as the lie it is. No, Jimmy picked a luxury hotel because, ultimately, it’s what he believes he deserves. Laying low is not in his DNA (at least not yet; I’m sure Gene would have something to say about the virtues of keeping quiet). It’s the same reason he agreed to be a friend of the cartel, the same reason he dropped a nuclear bomb on Mesa Verde, and the same reason he lobbed bowling balls at Howard’s car. He does it because he can, consequences be damned.

This situation naturally gives Kim and Jimmy plenty of time to sit around and dream, which of course comes back to the Sandpiper case. Even though he’s on the outs with HHM and Davis and Main, he still gets a significant cut of the proceeds. That’s years away though, right? Nothing they can do but wait that out.

Turns out, Kim’s struggles between her morals and her ethics this season have led her farther astray than we thought. It’s her that plants the seed that if they can somehow get Howard discredited, maybe even disbarred, over some sort of misconduct then all parties would have more incentive to settle, meaning Jimmy would get his cut of the money sooner. Weirdly, it’s Jimmy who has misgivings over this plan and Kim who wants to go in guns blazing.

This development isn’t as shocking as it seems at first. For the past several seasons, it’s the game that Kim’s grown weary of. The unending quest for money while losing sight of ideals and goodness. Ending Howard is less about ending Howard than it is about ending the symbol of everything she has deemed is wrong with the legal system. Howard just makes a convenient target.

What’s the plan then? We don’t know. Gilligan and Gould seemed to use this episode as little but a stepping stone to the arc of the sixth and final season, setting the game board one final time before Better Call Saul runs right into Breaking Bad. How they take out Howard, which will answer that lingering question from Breaking Bad, will no doubt take up plenty of space in the final season, whenever that might air. Then again, so will Lalo.

As of right now, Kim and Jimmy feel bolstered by their belief that Lalo is dead. Mike did give Jimmy assurances, after all, so we can’t really blame them for their mistaken ideas. But we’re still far from the resolution of Lalo’s story and we still have nothing but ideas as to why Saul thinks Lalo sent Jesse and Walt to kill him.

We know that it involves Nacho, who has spent the last couple of seasons playing Gus Fring’s man on the inside of the Salamanca family. Remember that Saul says, “It wasn’t me, it was Ignacio!” when Walt and Jesse have their guns on him. So what is it that Ignacio “Nacho” Varga does?

As of right now, he’s on the run. Following the failed assassination attempt of Lalo at his house in Chihuahua, which Nacho assisted on by opening the gate to the compound, Nacho disappeared. Lalo, who’d just gotten Don Eladio to promote Nacho to head of Albuquerque, is beyond suspicious of the convenience of Nacho’s dematerialization. Especially considering the fact that Lalo took out a whole team of assassins by himself. 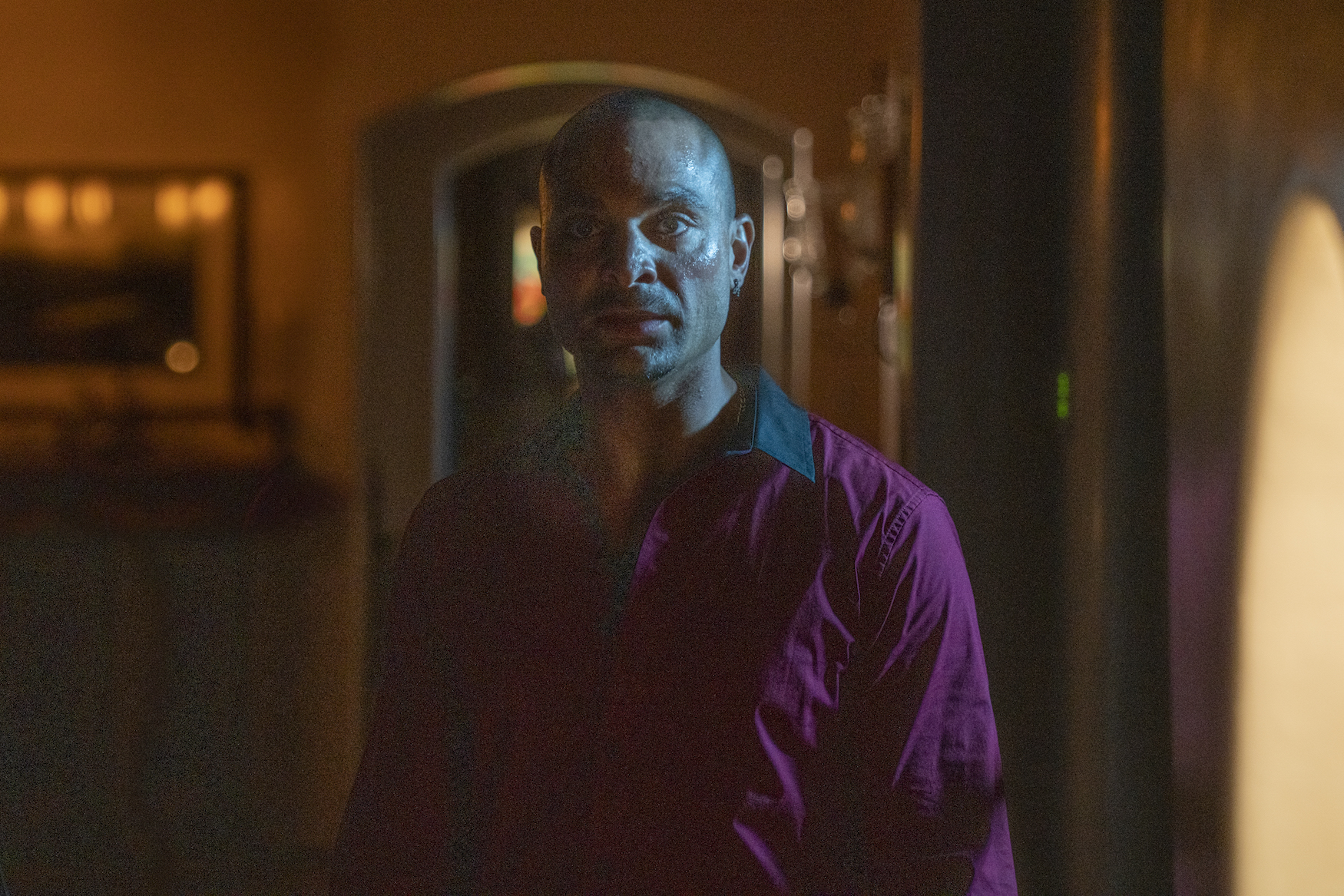 The most likely option here is that Nacho makes it back to ABQ and enlists Jimmy’s help in some way, probably by turning state’s evidence. But, then again, Gilligan and Gould so rarely go with the most likely scenario. All we really know is that Nacho is on the run, Lalo is on the war path, and somehow Jimmy gets in the middle of it.

In a lot of ways, this finale was more about clearing the board for the future than for wrapping anything up. The biggest reveals and moments of the season happened in the two episodes prior. But now the final stage is set. All of the questions and all of the theories we’ve been asking ourselves for the last five season have led to this. With so much left to explore, it’s a wonder how they’re going to pull it off in one season but, as they’ve proven time and time again, Gilligan and Gould can do a lot with ten episodes. For now, all we can do is go back and look for any clues we’ve might have missed but, no matter what happens, how they’ll top season five is a mystery. This season was as close to perfect as a season of television has ever been and gives them so much to live up to heading into the final season. 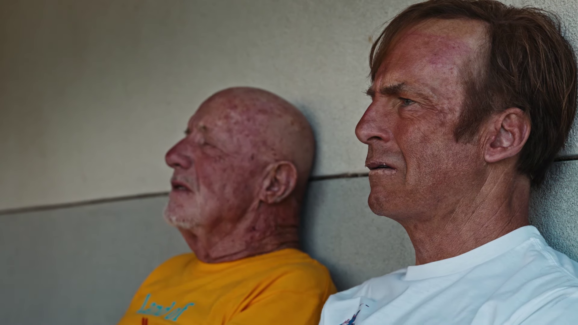