Pianist and bandleader Orrin Evans (The Bad Plus, Tar Baby), has long used “The Village” to refer not only to his family-like cohort of fellow musicians in the Captain Black Big Band (CBBB), but also to the extended family of fans, supporters and inspirations that have carried the ensemble to a Grammy nomination and its status as one of the most renowned ensembles in modern jazz. This is an inspired big band – this one plays with modern sensibilities and a great sense of fun and spirit. While there are moments where the band goes careening on wild free jazz excursions, they are adept in jazz traditions too. You’ll hear the wide span on their fourth release, The Intangible Between. The title, according to Evans, refers to an elusive decision point, that sense of stepping off a ledge into the unknown that comes with taking risks and setting a new course

Consider the process. While the recording took place in New York’s Sear Sound, the atmosphere became transformed from a recording studio into a backyard barbecue. Evans invited the musicians, stocked the place with food, and threw a party that imbued the music with a vibrant sense of warmth and comfort. But he came with a well thought out plan too, down to spreadsheets listing the musicians planned for any given tune – and then left room for spontaneity to take over when it would. “I’ve always wanted to do a project like this,” Evans says. “Where I ask all my friends to get together, there’s food in the room, and everybody just comes on in and records. There was definitely a plan, but there was also the element of just getting together and playing. That’s what this record is about to me.”

The first two tracks “Proclaim Liberty” and the well-known “This Little Light of Mine” will get the listener in the mood, setting the stage for the mesmerizing flugelhorn solo from Sean Jones on Todd Bashore’s (saxophone) arrangement of the standard “A Time for Love.” The things get more interesting with the fury and passion on Evans’ own “That Too,” with Immanuel Wilkins soprano paired with Bashore’s alto. The frenetic take on Monk’s “Off Minor” features14 players including four bassists (including Evans’ Tar Baby trio mate Eric Revis making his Captain Black debut) as well as two drummers in Josh Lawrence’s (trumpet) arrangement. Like Monk, count on Evans to deliver an unpredictable, heavy percussive style of piano, sometimes soloing but his comping seems to especially spur on his bandmates. .” It’s a big band adaptation of a quintet concept that Evans created for Tim Warfield’s 2015 release Spherical: Dedicated to Thelonious Sphere Monk

There is remarkable chemistry of the core ensemble while celebrating Evans’ open-door policy toward collaborators new and old. The rotating cast of players, while maintaining the more compact scale introduced on the band’s last album, the Grammy-nominated Presence, also features first-time members alongside veterans that joined the ranks in its earliest days and special guests whose collaborations with Evans stretch back over many years and diverse groups. The recording also marks Evans’ first substantial contribution to the band’s book as an arranger, a duty previously delegated largely to his chief sidemen or derived spontaneously by the ensemble. Here are the personnel, 20 in all but ranging from 9-14 on any given composition.

Two personal losses, the passing of trumpeter Roy Hargrove and drummer Lawrence “Lo” Leathers factored in as well, fueling the impetus for the project. Leathers receives a tender farewell from the full band on Evans’ own “I’m So Glad I Got To Know You,” written in the immediate aftermath of the drummer’s unexpected death. The vocal fades to practically a whisper as the album touchingly ends.  The band’s version of “Into Dawn,” arranged by trombonist David Gibson, is both a cereative rendition of a gorgeous Hargrove composition and a typical piece of Orrin Evans bold approach. Gibson, Lawrence, Bashore and trombonist Stafford Hunter have all been key cogs in the big band from its early days, supplying arrangements or, in Evans’ words, “being all-around partners in crimes and filling in the blanks whenever there are any.”

Evans offers, “Our first two records [Captain Black Big Band, 2011; Mother’s Touch, 2014] featured more of my compositions but arranged by people in the band,” Evans recalls. “The third record [Presence, 2018] highlighted music by David Gibson, Troy Roberts, John Raymond and Josh Lawrence, but this is the first record where I’ve really arranged. In 2016 I did a collaboration with the WDR Big Band and Ambrose Akinmusire, so I had to man up. The arrangement of ‘This Little Light of Mine,’ which I did with Marc Stasio, came out of that. So honestly this is the first record I feel connected to in that way. It’s really great to hear these arrangements and the band’s interpretations. We’ve been together 10 years, but this is really the first time they’ve sat down and said, ‘Ok, these are Orrin’s arrangements, and it’s a different school.’”

The source of the term The Intangible Between is “Love Poem,” a short piece that Evans commissioned from John “Doc” Holiday, a retired teacher and mentor that the pianist met in a local Philadelphia tavern. On Evans’ arrangement of Andrew Hill’s “Tough Love,” the recitation of that piece is paired with Evans’ own reading of “Yo! Bum Rushing the Door,” a poem by his brother Todd, aka Son of Black. Along with his original pieces “That Too” and “I’m So Glad I Got To Know You,” his version of “This Little Light of Mine” was originally arranged for the WDR Big Band in Germany. With regard to “Tough Love” The poetic theme, naturally, is love: we hear an assemblage of friends and loved ones, reading Doc Holiday’s meditative words.). “I like to read while I play,” Evans declares, citing his earlier recitation of fellow pianist Donald Brown’s poetry on “A Free Man?” from his 2014 Smoke Sessions release Liberation Blues. On “Tough Love,” it’s Evans reading his brother’s poem live while playing and conducting — not an easy task especially given the drama, humor and casually effective timing he’s able to deliver on the take. “In this poem you meet love as a person, a human being, trying to get into this party but it’s blocked — by school shootings, by hate, everything is keeping love out of this party,” he says. “But if it can get in, it could just change everything.”

This is anything but your father’s big band music. This stretches the boundaries to wonderful places. It’s a provocative mix of the traditional and free jazz and can be a transportive listen. 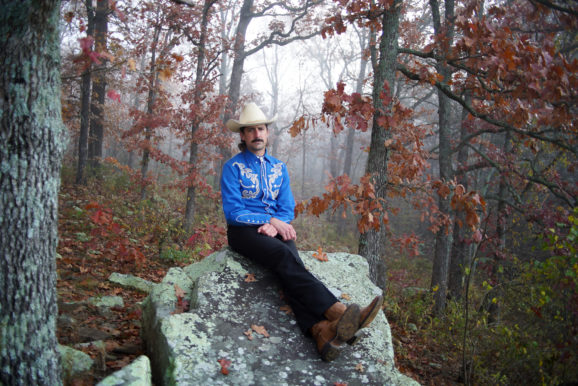 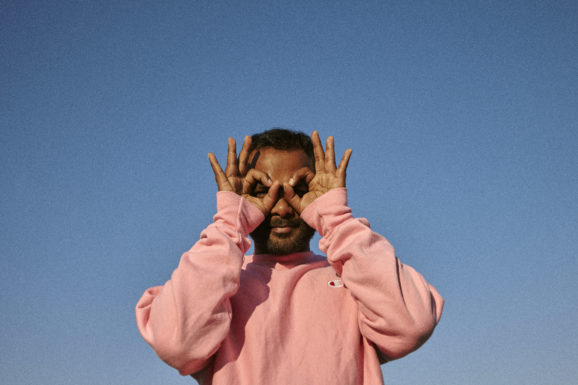 LISTEN: Sumaroo Keeps Indie Folk Lighthearted On Strummy “No One Likes The Kids”